Arshi Khan Is Being Trolled For Her Bigg Boss After Party Outfit, Here's Why

Bigg Boss 14 contestants, challengers, host, and special guests were in attendance at the big bash after the grand finale. 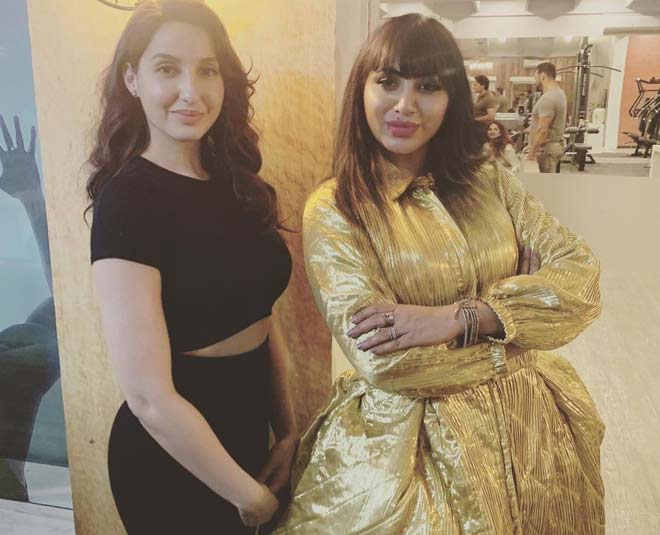 After the Bigg Boss grand finale, Bigg Boss 14 contestants had a big blast at the after-party. The party hosted by the makers was attended by all the contestants of Bigg Boss 14 along with the host Salman Khan and special guests for the night.

The challengers who were introduced on the show for the first time ever this season too were a part of the after-party including Arshi Khan, Rahul Mahajan, Rakhi Sawant, and Manu Punjabi. However, other challengers, Vikas Gupta, Kashmera Shah were missing.

Amidst all the fun pictures from the big bash that are flooding the internet, a picture of Arshi Khan posing in a gold dress is going viral. Why? Read on to know.

For the party, Arshi Khan opted for a voluminous gold outfit which apparently is inspired by a silver-coat dressed which was worn by Lady Gaga at the event last year.

As soon as Arshi Khan took to her Instagram and posted pictures with the host Salman Khan, Diet Sabya called her out. For those who don't know, Diet Sabya is an Instagram account which calls out celebrities when they promote copies of original designs.

For the VMA's, Lady Gaga stepped in a silver jacket by Area with a clear helmet. While sharing a picture of Lady Gaga and Arshi Khan on their page, Diet Sabya wrote, Yaar tum log @area ko kyu copy kar rahe ho 😩😩😩😩."

A lot of their users further trolled Arshi Khan for looking like a disaster in the gold outfit. One of the users wrote, "Gold one looks like a Halloween costume we get at a convenience store 😬." Another one wrote, "Arshi's legs look like chicken drumsticks in this garbage😂😂😂😂."

However, Arshi Khan took it all in a good spirit. She commented, "WOW what a @Dietsabya I love u!!! I love Lady Gaga also but mera din bangaya aapke page me feature hone se 😘 I am new to this industry, I'm still learning new things about fashion. I will definitely ensure my designers come with original ideas. Bas wo sir pe fish bowl daalna bhool gayi 🤣 I love youuuu, thank you!!!! 😀😀😀."

Don't Miss: This Challenger Was Paid Highest On Bigg Boss 14

Arshi Khan while talking about her outfit in an interview shared that she changed into it after the grand finale. Her designer had sent her that outfit and she decided to carry it at the after-party. 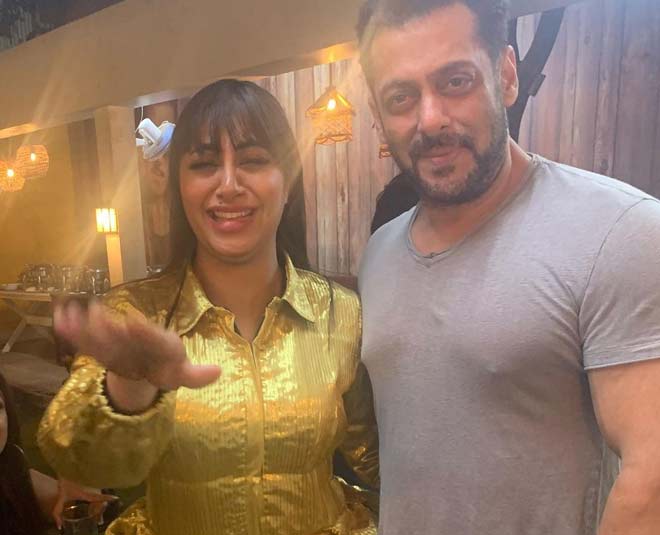 Arshi Khan shared that host Salman Khan made fun of her dress and asked her if she was wearing the Bigg Boss sofa.

Don't Miss: Here Is Why Eijaz Khan And Pavitra Punia Are Being Brutally Trolled

Arshi Khan rose to fame after her stint on Bigg Boss season 11 where she entered the show as a commoner. She got a lot of love from the Bigg Boss viewers during the season and went on to become a popular face.

This season, she entered the Bigg Boss house as a challenger. Her spat with co-challenger Vikas Gupta was one of the biggest highlights of Bigg Boss 14. While talking about her upcoming work projects in an interview, she shared that she will now focus on acting rather than events.

Coming back to Arshi Khan's gold outfit, what are your thoughts? Share with us! For more such stories, stay tuned!