Forbidden Places That You Cannot Visit

Due to the sheer rising use of technology, it is difficult to believe that some portions of the world remain unknown and engulfed in mystery. Take a l...

It's strange to think that there are locations on the planet that are dangerous or prohibited to visit. These areas are still undiscovered and steeped in mystery. The less you know about these places, the more you want to visit them. If you're interested in learning more, keep reading to learn more about them. Japan is known for its shrine culture, which includes over 8000 shrines. Ise Grand Shrine, on the other hand, is one of the most expensive and important shrines in Japan. The temple is renovated every 20 years to keep Shinto customs alive that date back to the eighth century. You will not be able to enter the shrine unless you are a member of the royal family. The Sentinelese tribe lives on North Sentinel Island in the Andamans, which is one of the world's prohibited islands. People on the island have yet to be exposed to the contemporary world and have no knowledge of advanced technologies. According to sources, the Sentinelese tribe has lived on the island for over 50000 years under the protection of the Indian government, and outsiders are strictly forbidden from entering. This Brazilian island is home to thousands of poisonous snakes, as the name suggests. It's no surprise that it's considered not only the most banned spot in Brazil, but also the world. The fact that the Brazilian government has declared it illegal for people to visit the island gives you an idea of how dangerous it is. According to estimates, this island is home to around 4000 golden lanceheads, the world's most dangerous place with serpents.

Don't miss: Must Visit Unusual Places In India That Will Surely Surprise You 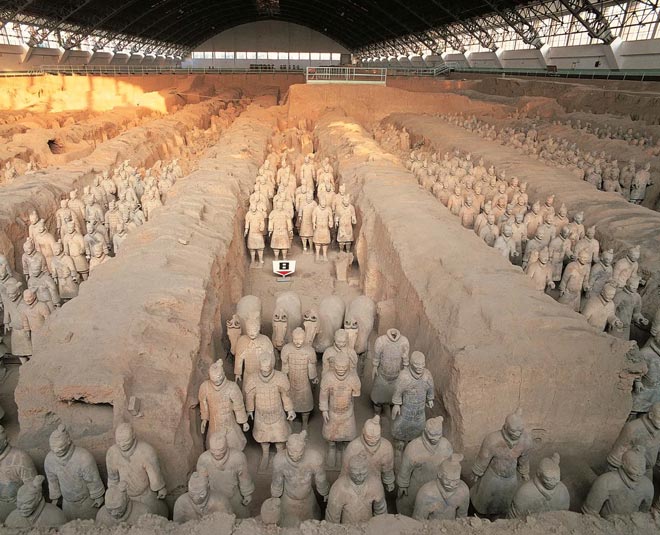 It's the mausoleum of China's first Emperor Qin Shi Huang, which has been buried for over 2000 years beneath a pyramid. Despite being one of the most important finds, archaeologists and historians alike are baffled by it. The Chinese government has also made it illegal to excavate the Tomb of Qin Shi Huang, which is currently considered one of the world's most forbidden sites. Niihau Island has a population of roughly 160 people and is off-limits to the general public. The only way to visit this location is to have a relative who lives on the island or to be a member of the US Navy. According to sources, the government has also imposed restrictions on outsiders' access to Niihau Island in order to protect the island's animals and ecosystem. It is banned to visit, despite the fact that it is a beautiful location.