Some Monasteries Across The Country That You Must Check Out

Check out these amazingly breathtaking monasteries in India and experience serenity, peace and tranquility like never before.

India is a very diverse land that is a beautiful reflection of the amalgamation of many different coming together to form an enchanting mosaic. And a part of this beautiful mosaic is also Buddhism. With Gautam Buddha at its core, Buddhism is also followed in various areas of the country. Chakravarty Samrat Ashok who was one very cruel and ruthless king to rule the Indian subcontinent, received enlightenment after the battle of Kalinga. And after realising how much bloodshed he had caused he went into a traumatic state and came back from there as a Buddhist.

He embraced Buddhism and became the flagbearer of love and peace and also sent his children, Yashodhara, and Rahul to different regions of the world to spread the message of Buddhism. That is where the expansion of the religion began in India and high-rise monasteries were built by the followers of this faith to worship the principles of Gautam Buddha. Let us take a look at some of the most beautiful, serene, and quaint monasteries of India. 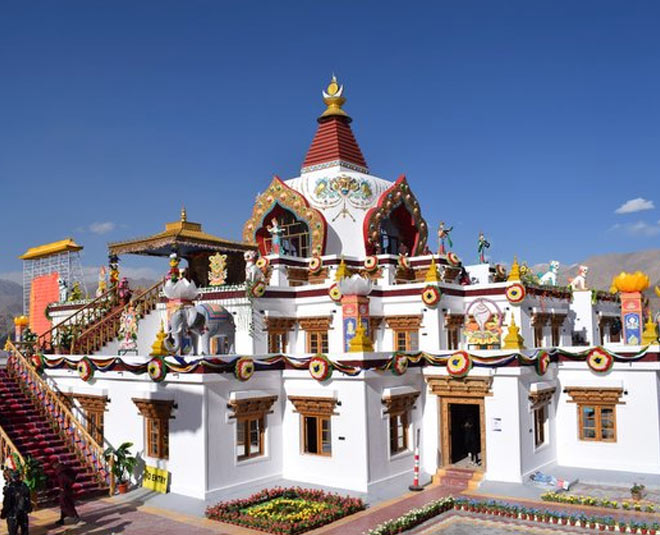 Hemis Monastery, Ladakh is the oldest monastery in India. It is believed to be present there since the 13th century and that it was re-established in 1652. The monastery is majorly known for its breathtaking views that surround it and the ancient relics and sacred thangkas. People love to visit this monastery during the Hemis Festival that is held between June to July, every year in which they come to this monastery and make merry in the masked dance carnival.

With architecture and construction being the major highlights of this monastery, Thiskey monastery is also considered to be one of the best monasteries to visit in India. In addition to that, it is also the second most regarded monastery in all of Ladakh. What makes this monastery even more special is the way it has been systematically on one side of the hill with the most important structure standing on the top, along with that, the 49 ft tall statue of Maitreya Buddha, is also one very captivating feature of this monastery. 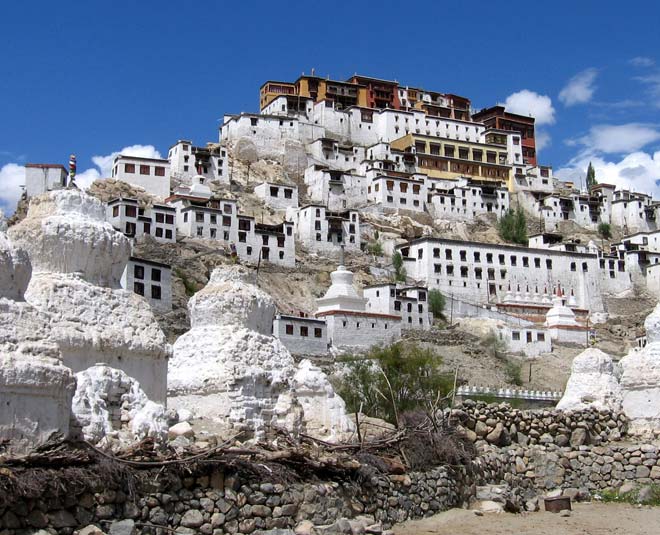 Therefore you must definitely find time to see this monastery with your own eyes to behold the majestic splendour of this magnificent place of worship. The best time to plan your trip to the Thiskey Monastery is between October and November when the annual festival is also held.

Located in the Coorg region of the state of  Karnataka, this monastery is another marvel that Buddhists built. This monastery houses over 5000 monks and is the world’s sixth most important monastery of the Nyingmapa lineage of Tibetan Buddhism in India. Not only that, but this monastery also serves as one of the largest centers of training in India. 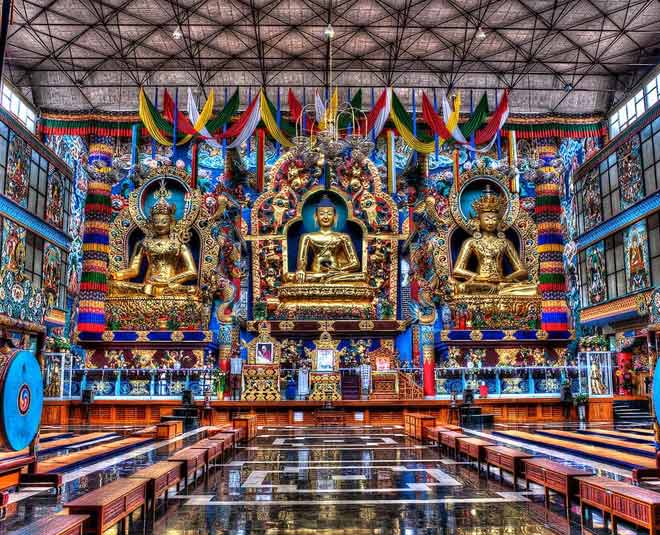 This is why we advise you to come here(precautions to keep in mind while travelling) to witness the grandeur of the mythology and art hidden deep within this monastery. With several - 18 meter-tall idols of Buddha in the temple, there is an unbelievable beauty in this place along with the golden bell and the two golden deers seemingly guarding against either side of the entrance.

The Phuktal Monastery is located in a tranquil district of Zanskar, in Ladakh. The entire region is blessed with a peaceful atmosphere which just what most of us seek from a trip these days. The highlight of this monastery is its marvellous architecture and style of construction, right from the entrance gateway to the gorge. 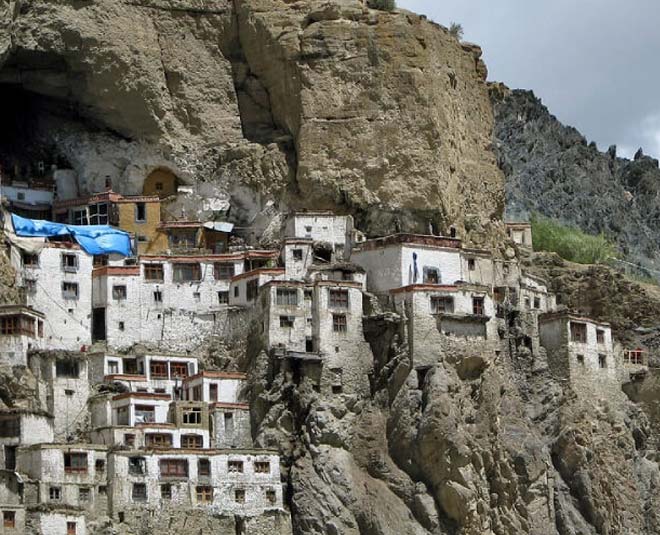 Moreover, to reach the monastery you have to cross a bridge suspended over the monastery but when you reach here, it is all worthwhile. July to September is the perfect timing to visit this chunk of heaven on earth as the waterfall gushes down the caves, it also takes all your worries down along with it. 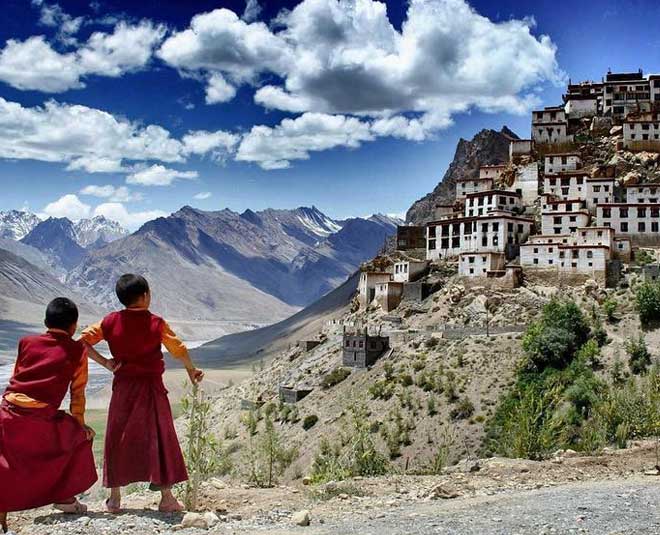 The monastery has completed 1020 years of existence and it the oldest of monasteries located in the Spiti valley. Situated 4,166 m above the sea level, this monastery is definitely distinct and different from the usual architecture of monasteries from across the world, there is the main fort over which the temples (temples that worship a menstruating goddess) have been constructed and reconstructed time and again after the attacks from the Mongols.  It is super enthralling and you would definitely be sired by the Chinese influence that is present in every bit of this region, so enjoy!

Don't miss: Feel The Thrill By Visiting These National Parks Around India