If you are a Lord Krishna devotee then you can't miss visiting these popular temples across India. 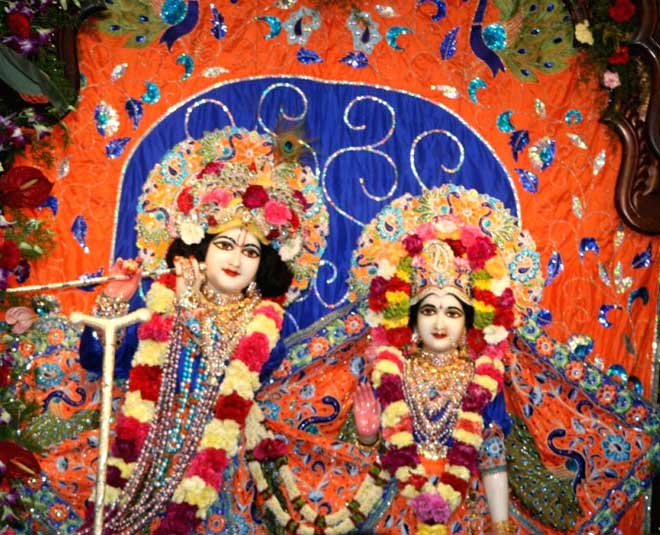 The eighth avatar of Lord Vishnu, Lord Krishna is also known as the supreme God. The Hindu God is worshipped all across the world, especially in India. People from around the globe visit the country to pay their respect to Lord Krishna at his revered temples in India.

India is home to some of the oldest and most beautiful Lord Krishna temples. Due to the pandemic, you may not get a chance to visit all of them but we thought of taking you through the temples you can't miss visiting when things get back to normal. 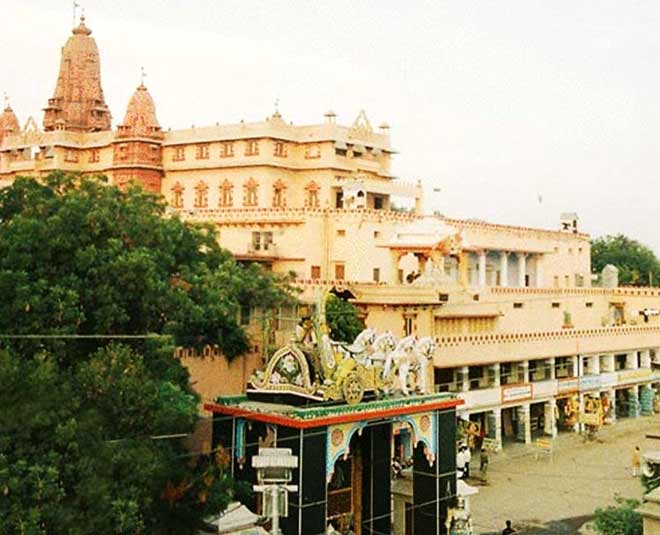 Lord Krishna was born in the holy city of Mathura. It is believed that Lord Krishna's grandson Vajra constructed this temple around 5000 years ago. It is believed that the temple was demolished in 1017 AD and then rebuilt by Vir Singh Deo, who was an Orchha King under the Mughal Empire. The temple was again destroyed and this time by Aurangzeb but then rebuilt after long. Even though it was demolished and reconstructed four times, the prison cell where Lord Krishna was born on a day-night remains the same. Lord Krishna's parents, Devaki and Vasudeva were imprisoned by his uncle Kansa as he feared his death at the hands of Krishna. The temple takes you through all the stories you read about Lord Krishna in the past. 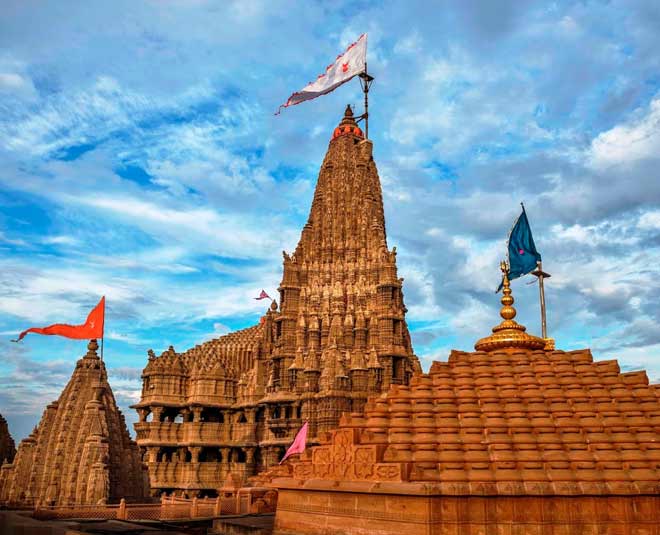 It is believed that Lord Krishna came to Dwarka, Gujarat, and spent about 100 years of his life in the city. It is said that the city immersed in the sea after Lord Krishna left for the heavenly abode. Dwarka was once the capital of Lord Krishna's empire.

It is believed that Lord Krishna's grandson Vajranabha constructed a temple Dwarkadish in the 15th century. The temple is one of the Chardham of India. From the temple, you can witness the confluence of the river Gomti and the Arabian Sea. The temple has a Moksha Dwar, a door to salvation, and a Swarg Dwar, gate to heaven. 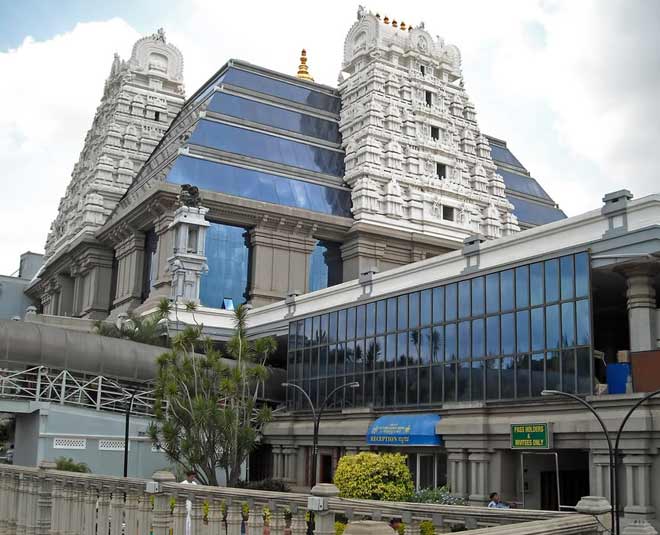 There are ISKCON (International Society for Krishna Consciousness) temples across India and this is one of the most popular ones. The temple is known for its architecture. The temple has a Harui-nam mantapa where people chat the name of Lord Krishna to purify their mind ad soul. The mantapa has 108 steps and devotees chat the name of Hare Krishna at each and every step. This Lord Krishna temple is a must-visit, not only for a great spiritual experience but also if you wish to see some architectural brilliance. 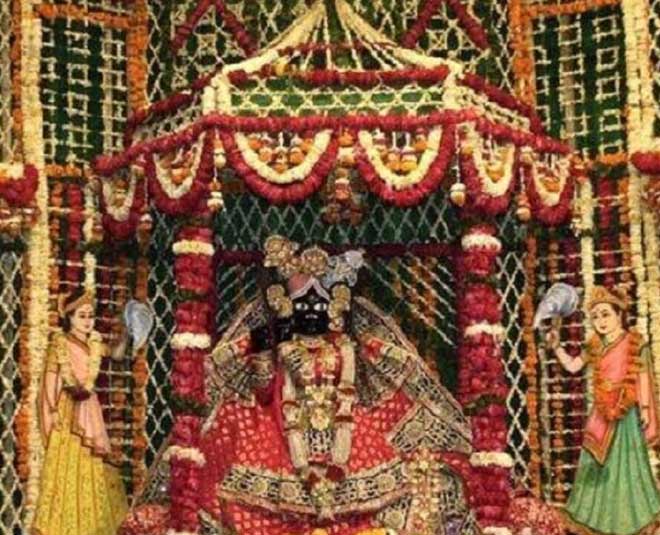 One of the oldest temples of Vrindavan, Banke Bihari Temple is home to the idol of Lord Krishna in the form Nand Gopal or his childhood. This is because Lord Krishna spent his childhood in Vrindavan. The temple usually remains overcrowded throughout the year.

Lord Krishna here is also referred to as Bihari Ji. There is a curtain between the idol and devotees and the priests here draw the curtain at regular intervals. It is believed that a devotee who looks at the idol of Lord Krishna for a long time gets overpowered by their divine love and this is why a curtain is drawn from time to time. 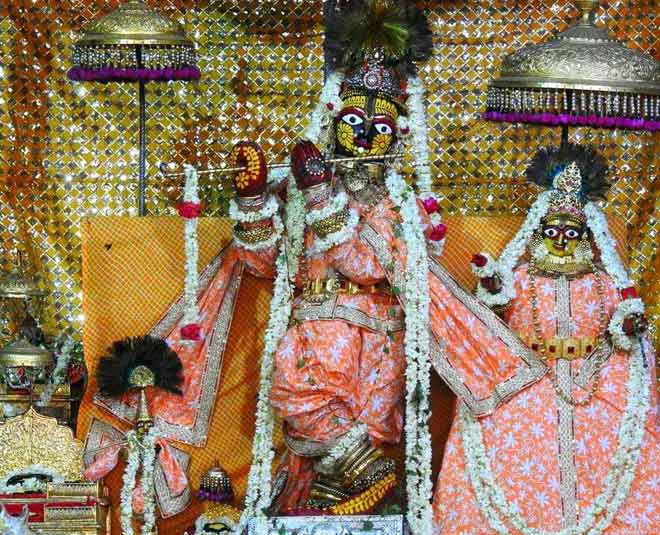 According to a legend, Lord Krishna's grandson tried to create an image of Lord Krishna and showed it to her grandmother. He failed to make his image both the first and second time. When he tried making it for the third time, his grandmother said that the image looks just like Lord Krishna and this idol is called Govind Dev Ji which is placed in the Govind Ji Temple, Jaipur.

The Maharaja of Jaipur believes that Govind Ji is the real king. The temple has been positioned in a way that the Maharaja gets a direct view of it from the Chandra Mahal.

Have you visited any of these temples in the past? Share your experience with us. For more such stories, stay tuned!