Some Intriguing Facts About The Meenakshi Amman Temple In Tamil Nadu

Take a look at some of the most intriguing facts about the Meenakshi Amman Temple in Tamil Nadu. 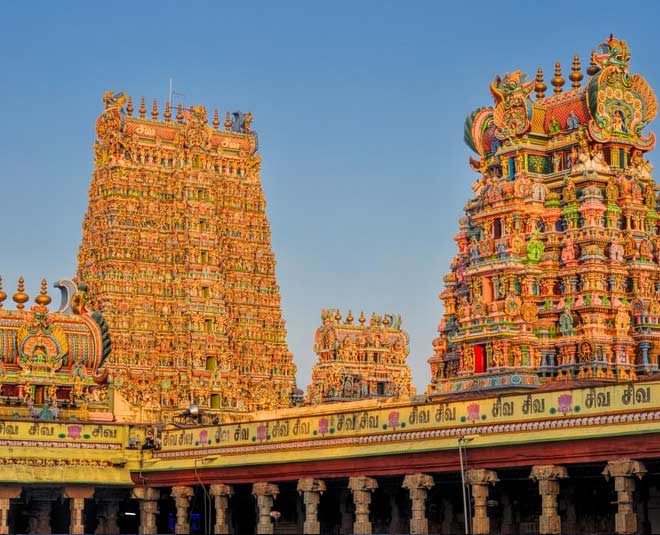 Meenakshi Temple is one of the most famous temples in the country. It is located in the southern region of India, in the state of Tamil Nadu. The temple is situated on the banks of the Vaigai river in the temple city of Madurai.

The temple was built to worship Meenakshi, a form of Goddess Parvati, and beholds a magnificent structure with one of kind architecture designed with sculpture,  and ancient texts dating back to the 6th century B.C. Not only that, the temple is considered to be very important and sacred as it belongs to the Paadal Petra Sthalam. The Paadal Petra Sthalam is a collection of 275 temples of Lord Shiva that are listed in the Tamil holy scripture from the 6th to the 9th century B.C.

The temple is so majestic and grand that people from across the world come and visit here. Here are some more intriguing details about the temple that you should know. So, take a look.

The Temple Was Built By Indra Deva 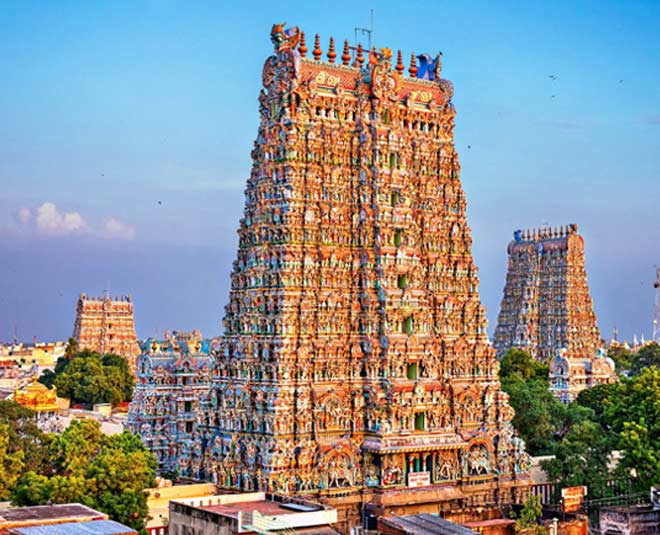 According to popular beliefs, the Meenakshi temple is located in the epicenter of the city of temples and is said to have been built by Indra Deva himself. The temple features manually made scriptures and sculptures known as Shilpa Shastra.

It is believed that the temple (most popular temples of India)was looted and destructed and was rebuilt by Vishwanath Nayak during the reign of the Pandayan Empire way back in 1560, which is about 2500 years ago. At this time, Madurai was the capital and under the rule of Tirumalai Nayak. 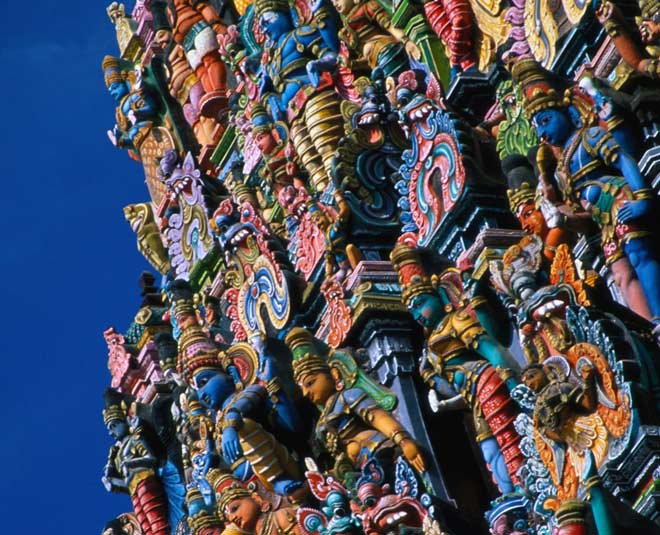 This temple is largely visited by Tamil Hindus to worship the Sunderashwar and Meenakshi. The temple features over 33,000 scriptures and 14 gateways with 2 golden sculptures. The gateway located in the southern part of the sanctum is the largest with a height of 170 feet.

Up to 1 Million People Visit This Temple In April

Friday is considered to be a special day and over 25,000 people pay their visit on this day. Moreover in April, according to a festival to commemorate the wedding and amalgamation of the Gods. The festival is known as the Meenakshi Thirikalayanam. And talking about the number of devotees that show up at the temple at this time, is over 1 million, such as the following of the temple. Also, the monthly revenue that the temple earns is about 60 million per annum.

The Hall Of Thousand Pillars

Meenakshi Temple is also listed amongst the seven wonders in India.  The Hall of thousand pillars is another remarkable piece of architecture as it is built on a single piece of rock. The rock is given the shape of a mandapam, where a marriage takes place.

Don't miss: Visiting Assam? Here Are The Top 5 Destinations You Must Visit

The Idol Of Goddess Meenakshi 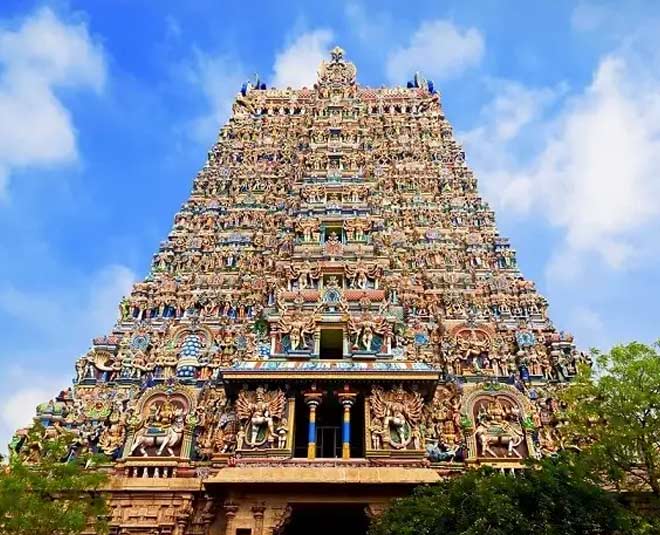 The idol of Goddess (these Hindu temples worship a menstruating Goddess)Meenakshi or Parvati is carved in a greenish colour stone. It is unbelievably beautiful, divine with flashy eyes as if the Goddess were alive.  The goddess can also be seen with three breasts as Parvati was born with three breasts it was a curse that after she meets the right man, the third breast will disappear.

Don't miss: Do Not Miss Out On These 10 Fun Things To Do In Jaisalmer