World Milk Day is celebrated on June 1 every year in several countries.

India is the world's largest milk producer, and Indians love drinking milk for its numerous health benefits. Several countries is celebrating the World Milk Day today, on 1 June to recognise the importance of milk as a global food.

One of the hardworking milk producer from Rajasthan, India has an amazing story that is inspiring other farmers and making a significant difference in the lives of the farmers in the Bali block of Pali district.

Usha Kanwar is a successful milk producer in Bali, Rajasthan. Her road to success, however, was not easy and was littered with hurdles.

She lived with her husband and 5 children. Her husband used to serve in a temple as a pujari. She had 3 buffaloes and used to sell the milk to a private vendor for which she used to get a very low price from that private vendor. She invested 4 -5 hours everyday in animal care. But the income did not suffice for her household needs and her children’s education.  She depended on credit and worked as a daily wage labourer to meet her requirements.

Unfortunately, she lost her husband in February 2020, and now she was the sole bread earner for the family. The situation was very tough for Usha, both emotionally and financially. However, she didn't loose motivation. She worked hard on her techniques, delved into the know-how and became expert in her field.

Lakshita Singh of HerZindagi spoke with Milk Producer Usha Kanwar in an exclusive interview. Usha Kanwar spoke about her journey from barely making enough money to meet her household needs to becoming financially independent and successful in her field. Take a look at the conversation. 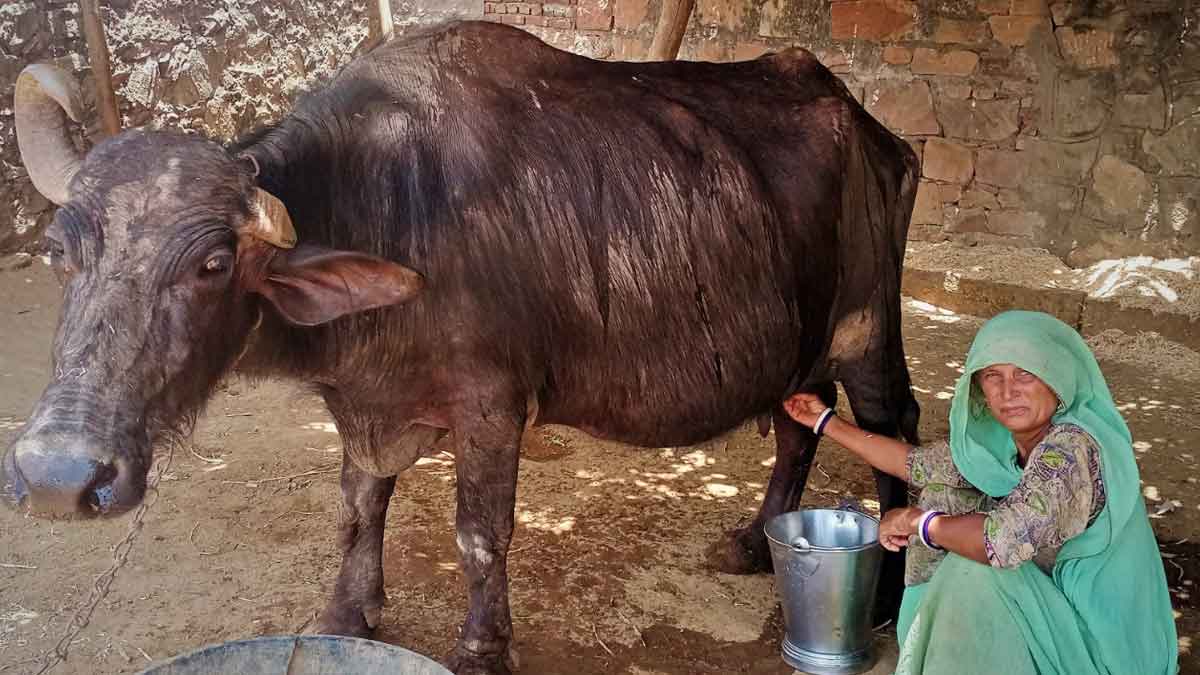 Q- How Was The Situation At Home Before Seeing Success?

Usha Kanwar said, "It was difficult for us to save money as we did not receive fair rates for our milk. On top of the low wages, we received the money at delayed intervals of 2-3 months. This would lead to not being able to budget our money enough for even educating our kids, let alone savings."

Later she joined ASHA. ASHA gave training and education to Usha via DHANII on best practices to improve milk production, breeding, and taking care of the health and nutritional needs of animals. These learnings also gave her the confidence to ask for fair prices and inspire other women to take their financial independence into their own hands.

Q- What Kept You Motivated?

Usha Kanwar said, "Knowing that my family depended on me and my children’s future was in my hands, greatly motivated me to do better and work hard to protect their futures. The self-reliance I felt after succeeding initially, encouraged me to dream bigger and increase my livestock. "

Q- Have You Ever Felt That Your Gender Posed As A Barrier To Your Success?

Usha Kanwar said, "Earlier the norm was for the men to be the sole earners for their labour. While the women did not get to track their money, I didn’t know if we were being paid fairly. When we started working and were being paid for our work in our own accounts, people would question how women would handle the money they would earn on their own. But I overcame this doubt, as I started learning more about handling our own money."

Q- Today Many Women See You As An Inspiration. Do You Have Anything To Tell Them?

Usha Kanwar said, "I would like to tell them to keep moving forward. If I had stopped trying and stopped myself from believing that I deserved better earnings for my labour and hard work, I wouldn’t have been able to send my children to school. I’m grateful that I was able to find it in myself to keep moving ahead and the obstacles eventually pass."

She added that, "I want to give message to all the women that: you are your own boss and are enough to rely on when times get tough. There will always be those who underestimate what you can do. Don’t listen to them and demand for what is rightfully yours."

Q- What Are Your Aims In Life?

Usha Kanwar said, "With the way things are progressing now, we plan to increase animal husbandry. I would also like to continue supporting my children’s education so they can become teachers someday."

The story of Usha Kanwar is extremely encouraging. I hope you found this story interesting.