The first dong of Dil Bechara starring Sushant Singh Rajput is out with him showing of some Michael Jackson dance moves and the reactions of his fans ... 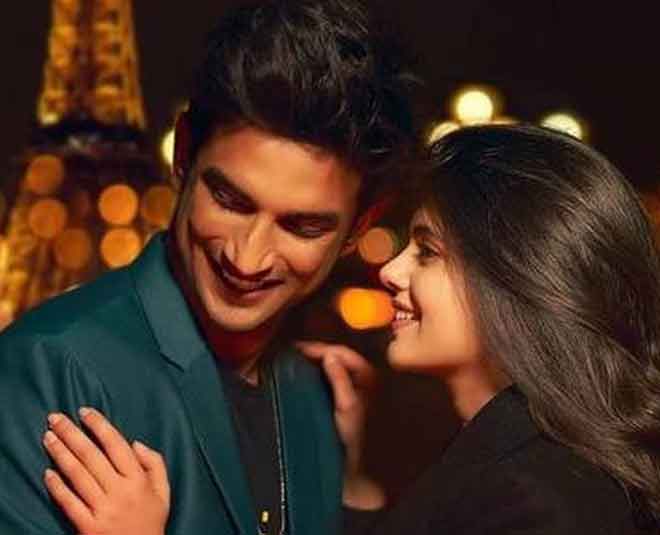 Sushant Singh-starrer "Dil Bechara" has already gained a lot of attention since it is the late star's last film which will be releasing online on July 24. Today, the makers have strategically released the first song which also happens to be the project's title track. Sung by Oscar winner and the "shaan" of India , A.R. Rehman, himself, the composer tweeted the track saying "Hope you like it", an underplayed adjective as fans have gone crazy, in a span of few hours! It has recorded to have the fastest 2 million like in 4 hours and more than 7.5 million moves!

The song has Sushant showing off his neat dance moves with a bit of Michael Jackson's signature steps here and there. It has him jumping off the stage, wooing the girl he loves, being friendly with the crowd who are in his batch in college, in the film.

Amitabh Bhattacharya is the lyricist and vocals by Rehman have definitely set expectations high for the rest of the album.

Checkout the reactions of some stars and his fans who are wishing Sushant was still alive as the love pours in with their comments on all social media platforms.

This song is special!1sttime @itsSSR n i worked 2gether.he nailed the 1shot song perfectly n only reward he wanted was food frm my home..in hindsight I shld hav fed u a little more, hugged u a lot more.thank u @CastingChhabra 4 including me inur journey.. https://t.co/2OcK9IRCFf pic.twitter.com/rzIK9pkldH

Prachi Desai wrote: "He has the power of leaving u heartbroken yet with the biggest smile on your face."

"Omg this song is done in 1 single take, there's no cut. Now, how many actors can do that Flushed face? This needs both balls and talent Clapping hands signClapping hands sign#SushantSinghRajput," added Meera Chopra in her tweet.

Many fans have hailed the fact that how this entire dance by Sushant was pulled off in one go without any cut! Some have also written on YouTube: "This shows the talent of Sushant Singh Rajput".

Another twitter user wrote: " His moves, his expressions and the happy vibes he creates so effortlessly are honestly UNREAL. Also, the fact that it was shot in one take??!! what a performer, what a legend. Such a happy song but did I almost tear up looking at his heartwarming smile? yes, as always. we miss you Sushant." 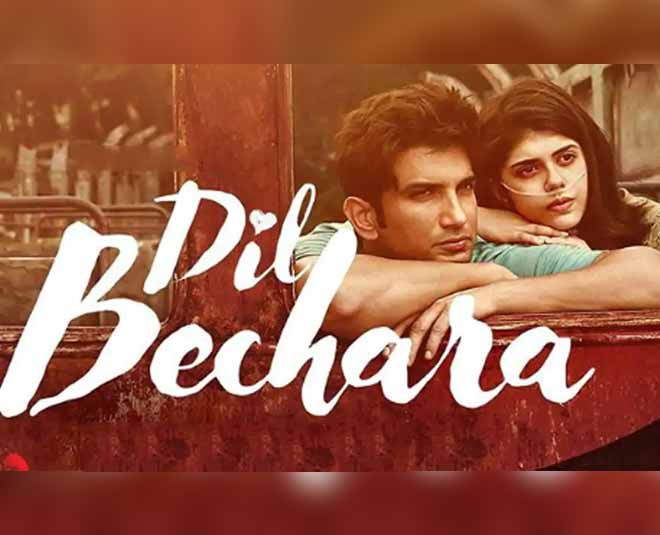 A fan of his resonated what many others wish that " I wish we could do the same when he was alive..."

"He was so effortlessly beautiful and the fact that he shot the whole song in one take...He looks so charming," wrote a fan.

" wish he could see our love for him..when he was alive," wrote another Twitter user.

One user on YouTube in fact highlighted a dialogue of his: "On 2:05 when he says TU MUJHE MISS BHI NAA KARE it touched my heart". One fan made a "Prediction" saying: "This is going to be the most like Indian song and music video!"

We cant decide..all are fav bcoz we just luv Sushant and lost one of the most talented and versatile Actor frm BOLLYWOOD..#DilBecharaTitleTrack #MahaGovtCBIForSSR

While these were some comments full of love, there are some who spew hatred not for the star but on the debate and accusations blaming the creme-de-la-creme of the industry.

These self proclaimed can't even do a scene without 50 cuts and here is #ourherosushant , who finished this whole song in a single shot without any cuts .#DilBecharaTitleTrack pic.twitter.com/Q9di9v2Edz

The film is an official remake of the 2014 Hollywood film "The Fault in our Stars" which too is based on John Green’s popular novel by the same name.

Dil Bechara is also a directorial debut for Mukesh Chhabra, with the Hindi adaptation by Shashank Khaitan and Suprotim Sengupta. It is based on a young couple in love where the girl has cancer and the boy had experienced osteosarcoma.

For more on Bollywood news, stay tuned to HerZindagi.