Sreeja Akula Wins Another Gold For India At CWG 2022

She won alongside Sharath Kamal by defeating Malaysia’s Javen Choong and Karen Lyne. They won by 3-1 and clinched the gold medal in Birmingham on Sunday. This was  the first gold for Kamal in mixed doubles.

As the duo won the match, the Prime Minister congratulated them via tweet, “Playing and winning together has its joys. Sharath Kamal and Sreeja Akula have shown superb teamwork and won the coveted Gold medal in the TT Mixed Doubles event. I laud their grit and tenacity. Sharath reaching the finals of all CWG events he competed in is outstanding.” 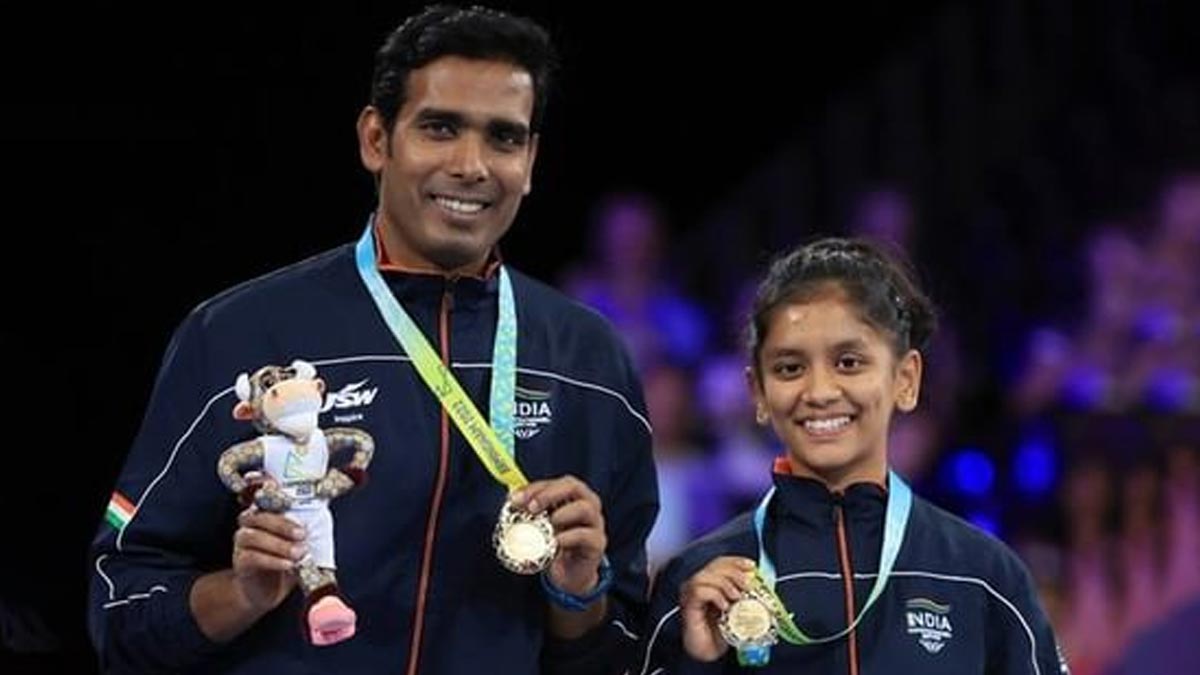 The 24-year-old player from Hyderabad has been coached by Somnath Ghosh. She finally won a gold medal at the Commonwealth Games and made her country proud. It was a result of her hard work but it wouldn’t have been possible without her mentors and her mate Sharath Kamal. She told The Bridge that “Sharath Bhaiyya has been my biggest motivator.”

Earlier this year, Akula was crowned as the National champion as she defeated the veteran Mouma Das in Shillong. Along with the singles, she also won the doubles with Ayhika Mukherjee. At that time, she said, “We didn’t practise much. She stays in Bengal and I stay in Hyderabad. But we had good discussions during the match and had a good bonding. That helped us do well in doubles as well.”