Indian diplomat, Sneha Dubey gave a befitting reply to Imran Khan at UNGA upon his comments on the issue of Kashmir. 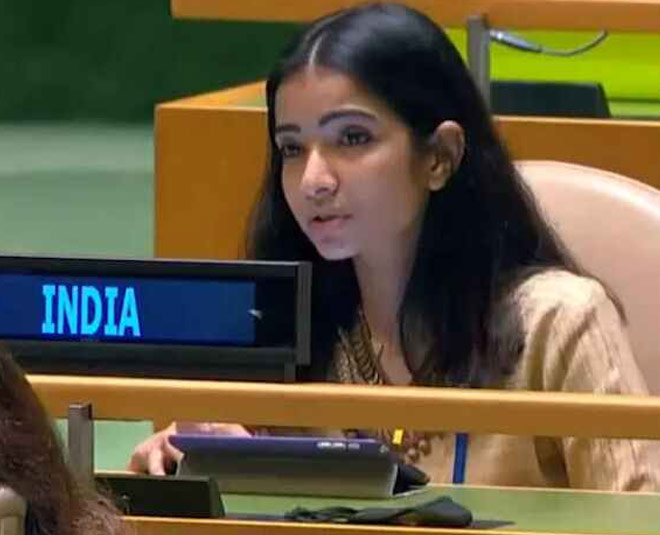 India gave a burning reply to Prime Minister Imran Khan raking up the issue of Kashmir in his address to the UN General Assembly. First secretary Sneha Dubey said in response to Pakistan that where terrorists enjoy free pass, is an "arsonist" disguising itself as a "fire-fighter".

Imran Khan’s Address In The UNGA Imran Khan spoke about the decision to abolish section 370 made by India in 2019 along with the death of pro-Pakistan separatist leader Syed Ali Shah Geelani. Khan said, “The worst and most pervasive form of Islamophobia now rules India.”

The young diplomat said that the entire world is suffering because of Pakistan’s policies to nurture terrorists in its backyard. Sneha Dubey who is being praised all over the world restated that the entire union territories of Jammu & Kashmir and Ladakh "were, are and will always be an integral and inalienable part of India".

Who Is Sneha Dubey? 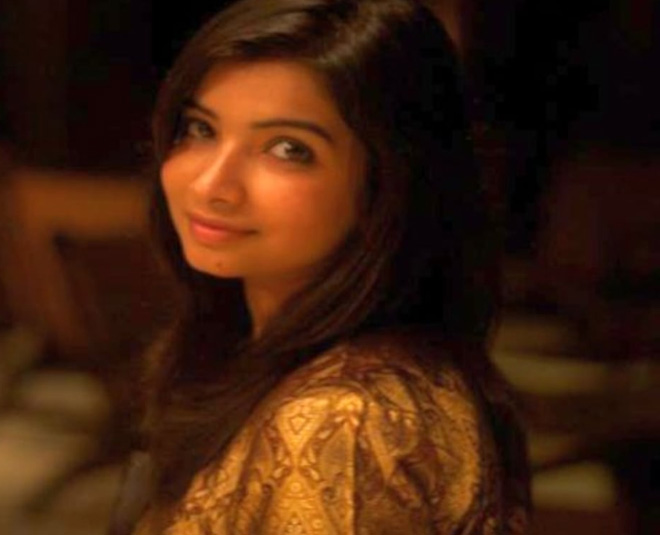 Sneha Dubey is an Indian Foreign Service officer (IFS officer) of batch 2012. She has completed her schooling from Goa and went to Pune Fergusson College for higher studies. For her MPhil in international studies, she went to Delhi’s Jawaharlal Nehru University (JNU).

Her father works in a multinational company while her mother is a school teacher. This makes her the first from her family to be working as a government servant.

After being selected in the IFS, her first appointment was in the ministry of external affairs. Later, she went to the Indian embassy in Madrid in 2014.

As soon as her fiery response at the UN appeared on the internet, it immediately went viral. Some were actually surprised at her brilliance at such a young age as she handled the situation very well and gave a befitting reply.

Don't Miss: Kamla Bhasin: Social Scientist, Feminist Icon And An Author Passes Away At The Age Of 75

Extracts From Sneha Dubey’s Speech At The UN 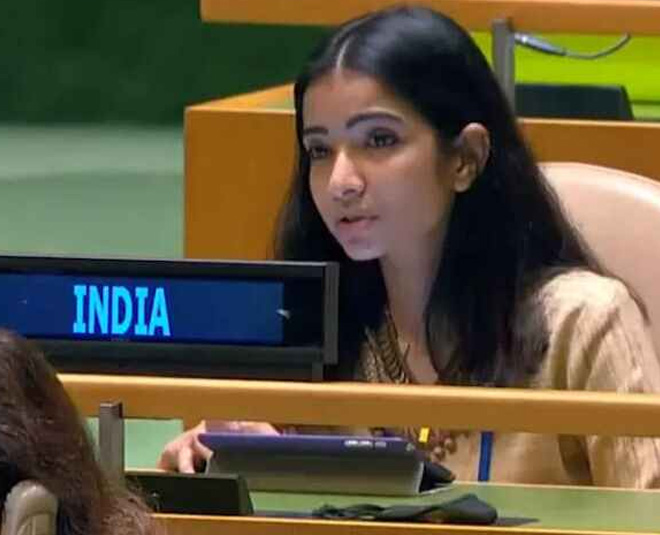 While talking about Pakistan, Sneha Dubey said, “This is also the country that still holds the despicable record in our region of having executed a religious and cultural genocide against the people of what is now Bangladesh. As we mark the 50th anniversary this year of that horrid event in history, there is not even an acknowledgment, much less accountability.”

She further said, “With the international community marking this month the solemn occasion of the 20th anniversary of the “dastardly” 9/11 terror attacks, Dubey said the world has not forgotten that the "mastermind behind that dastardly event, Osama Bin Laden, got shelter in Pakistan. Even today, Pakistan leadership glorifies him as a 'martyr'."

She also added that this is not the first time that Pakistan’s leader has misused platforms provided by UN to “propagate false and malicious propaganda against my country, and seeking in vain to divert the world’s attention from the sad state of his country where terrorists enjoy free pass while the lives of ordinary people, especially those belonging to the minority communities, are turned upside down."