Kajal Aggarwal All Set To Get Married To Gautam Kitchlu, All You Need To Know 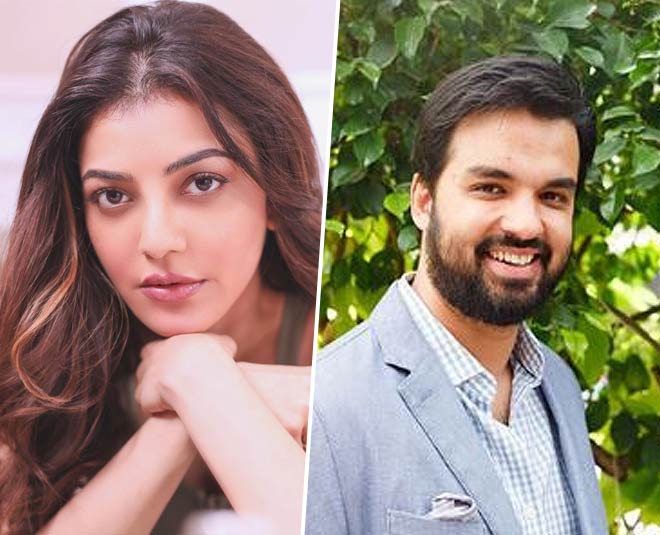 Singham actress Kajal Aggarwal has found love and is soon going to get married. The actress reportedly got engaged as well last month. Well, the actress is all set to tie the knot with a businessman, Gautam Kitchlu.

According to reports, their engagement was a secret affair with only a few family members and friends in attendance. The family hasn't still officially announced it. Wondering who is Gautam Kitchlu and what does he do? Read on to know.

Who Is Gautam Kitchlu?

Mumbai Marathon 2020 -7th time and beat my best time of last year. Maybe I should start running all year instead of one week before the day. Here’s to staying healthy and achieving new levels of fitness, happiness and success! #tatamumbaimarathon #tatamumbaimarathon2020 #fitnessmotivation #nevergiveup #sundayfunday #fasterstrongerbetter

Gautam Kitchlu is a businessman who deals with interiors, tech, and design. He owns a brand called Discern Living. Talking about his education, he did his schooling from Cathedral & John Connon School. Post-school, he went to higher studies at Tufts University.

Due to the pandemic, Kajal and Gautam will be having an intimate, 2-day wedding in Mumbai. The wedding will only have close family and friends in attendance. Reportedly, the events will be hosted at a 5-star hotel near Kajal's home in Churchgate, Mumbai. Last year, during an interview, when Kajal Aggarwal was asked about her marriage plans, she said, “Seeing the likes of Deepika and Priyanka getting married, even I wanted to tie the knot but I feel that I am at the peak of my career and feel that marriage can wait as of now.” In the interview, she also shared that she wishes to marry someone who doesn't belong to the film world. She further shared that she once fell in love with someone from outside the film industry but they had to separate because of her busy work schedule.

Talking about her future husband, the qualities she would look for, Kajal Aggarwal in an interview said, "Quite a lot of things, but most importantly he should be possessive, caring and spiritual."

Kajal Aggarwal has a younger sister, Nisha Aggarwal who got married in the year 2013. She tied the knot with a Mumbai based businessman. The two are also parents to a son named Ishaan Valecha.

On the work front, Kajal Aggarwal will be next seen sharing the screen with Kamal Haasan in the movie Indian 2. She also has the movie Mosagallu, next in her kitty.

Coming back to Kajal Aggarwal and Gautam Kitchlu's wedding, we can't really wait! We are trying to scoop out more information on their D-day. Stay tuned for all the updates!