Octogenarian Shooter Chandro Tomar famously known as ‘shooter dadi' passes away at the age of 89 due to novel coronavirus. 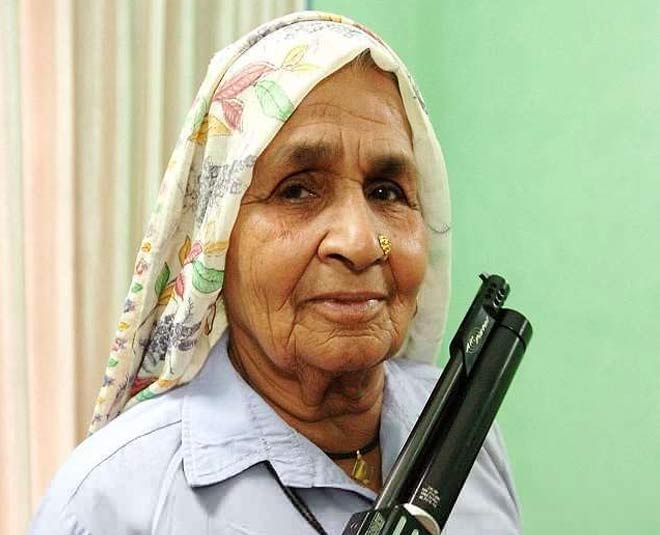 Shooter Chandro Tomar popularly known as 'shooter dadi' passed away on Friday after succumbing to covid 19. According to the reports she was admitted to the Meerut hospital on 26th April after facing breathing problem, her reports were also tested positive for covid-19.

Her family had tweeted to inform about the development of her health earlier this week, “Dadi Chandro Tomar has tested positive for coronavirus and has been admitted to a hospital because of breathing problem. God protect all." the family wrote. 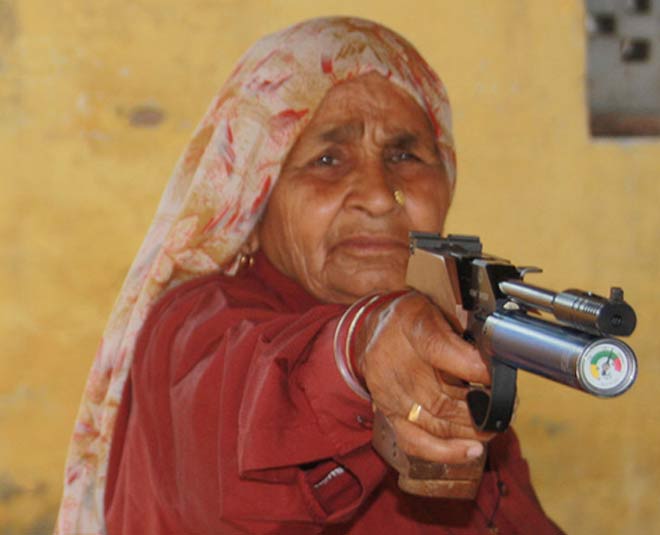 Ever since the news of her passing away has come out, people from all walks of life are expressing their grief and condolences on her demise.

Actor Bhumi Pednekar took to twitter to express her feelings, “ Devastated by the news of Chandro Dadi’s demise. Feels like a part of me is gone. She made her own rules & paved the path for many girl to find their dream. Her legacy will live on in them. Condolences to the family. Am lucky I got to know and be her" she wrote.

Devastated by the news of Chandro Dadi’s demise. Feels like a part of me is gone. She made her own rules & paved the path for many girl to find their dream. Her legacy will live on in them. Condolences to the family. Am lucky I got to know and be her 🙏#ChandroTomar#ShooterDadi

Actor Taapsee Pannu, who along with Bhumi Pednekar played the lead role in movie on Chandro's life expressed her sadness by tweeting, " For the inspiration you will always be...You will live on forever in all the girls you gave hope to live. My cutest rockstar May the peace be with you" she wrote.

For the inspiration you will always be...
You will live on forever in all the girls you gave hope to live. My cutest rockstar May the ✌🏼 and peace be with you ❤️ pic.twitter.com/4823i5jyeP

Unconsolable loss! Our beloved “Shooter Dadi” is no more! Chandro Tomar, the epitome of courage and determination for many ( Sand Ki Ankh fame ) breathed her last fighting Corona. May her undying spirit inspire 1000 of girls to take up sports from the remotest parts! 🙏🏼 pic.twitter.com/64paAQaJGR

Taking to her official handle Prakashi Tomar also tweeted “Mera saath chhoot gaya, Chandro kaha chali gayi” (You have left me Chandro, where have you gone?).” she wrote.

Chandro was already in her 60s when she had first picked up the gun but this did not stop her from winning various competitions and inspiring film makers to direct a movie on her life. In 2019 a film named ‘Saand Ki Ankh’ directed by Tushar Hiranandani was made starring actresses Taapsee Pannu and Bhumi Pednekar. 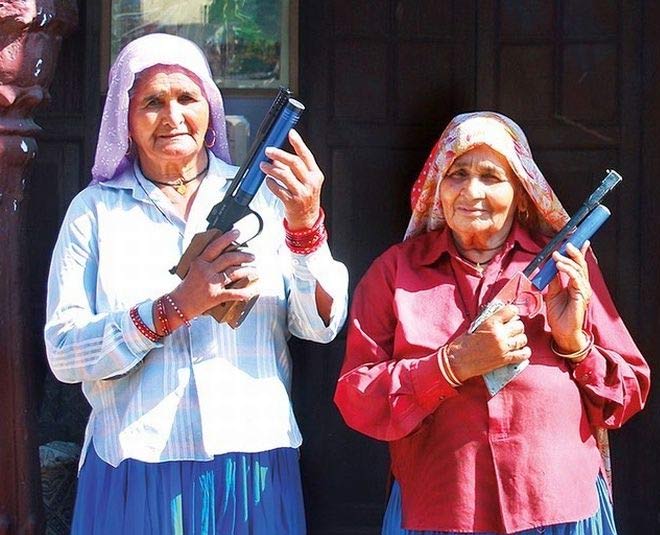 The movie garnered many praises, not just for the brilliant performances by the actors but also for the inspiring story of the ‘shooter dadis’ Prakashi Tomar and Chandro Tomar who are believed to be the oldest sharp shooters in the world.

Taapsee and Bhumi had often shared their pictures with the shooter dadis when they were staying with them prepping for their roles in the movie. Both actresses had played Chandro and Prakashi in the film for which they worked on their shooting skills and learned the mannerism.

Dont miss: Here Is Your Step By Step Guide To Register For COVID-19 Phase 3 Vaccination 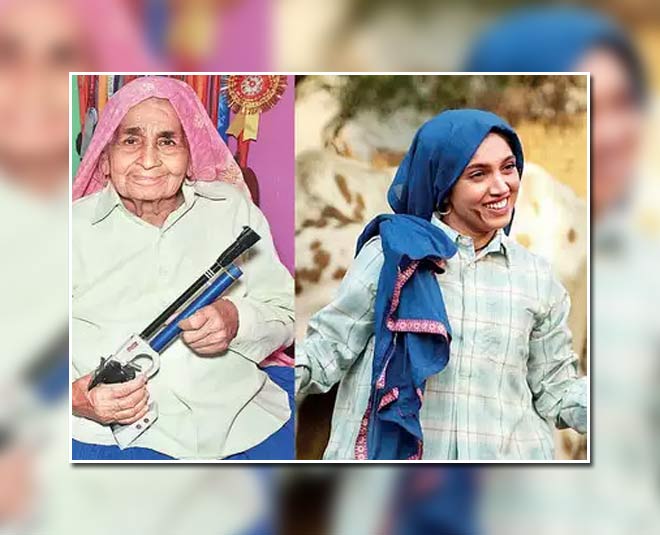 Chandro along with sister Prakashi who hails from Baghpat district in Uttar Pradesh, never allowed age and patriarchy to come in between their taking part in the competitions and winning medals.

The men at the home had objected to their interest in the shooting but they were both supported by their sons, daughters, and granddaughters to keep practicing the sport. The dadis went on to win many prestigious awards in the senior citizen category including Stree Shakti Puraskar award conferred by the former President of India Pranab Mukherjee.

India has lost another gem to covid-19 and we hope the situation gets normal soon. Stay tuned to Herzindagi for more latest updates and stories.