The trailer of Shehnaaz Gill's upcoming movie has released and it is creating a lot of buzz on social media. 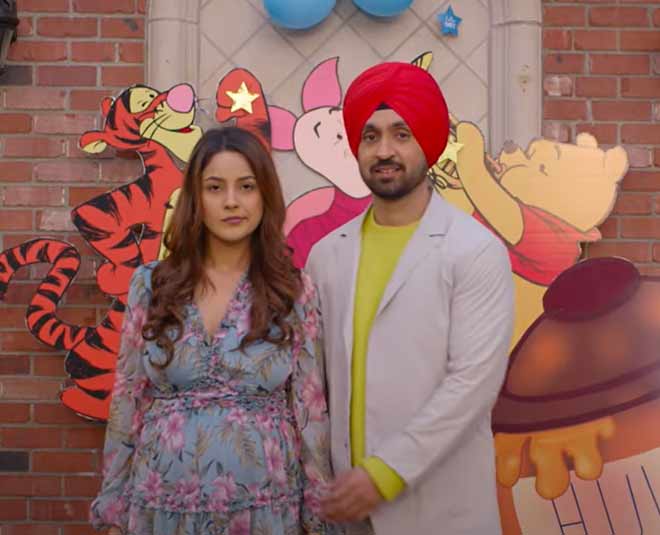 Sidharth Shukla's family and friends have been supporting her all this while and motivating her to get back to her normal routine.

Meanwhile, the trailer of Shehnaaz Gill's much awaited movie, Honsla Rakh has released. The much talked about Punjabi movie starring Shehnaaz Gill, Diljit Dosanjh and Sonam Bajwa, Honsla Rakh will release at the silver screens this Dusshera.

There are many moments in the trailer that left us laughing out loud. Looks like this one will be a hilarious take on parenting and a good romatic dramedy to watch in the theatres after long!

Ever since the trailer of Shehnaaz Gill and Diljit Dosanjh starrer, Honsla Rakh is out, fans have been praising Shehnaaz Gill and how! Sharing some screenshots from the trailer, a user wrote, "Shehnaaz Gill's era has officially begun!🔥 #HonslaRakhTrailer." Another one wrote, "Just watched the trailer loved it ... big fan @ishehnaaz_gill you were so good in it ... proud of you ... more power to you girl ❤️."

"Her eyes, expression and everything are so much on point. I mean Shehnaaz Gill, the actor has so much depth . #HonslaRakhTrailer is out," wrote another Twitter user.

Will Shehnaaz Be A Part Of Promotions?

Shehnaaz Gill is still recovering from the untimely death of Sidharth Shukla and we wonder if she would be a part of the movie promotions. The producer of the movie, Diljit Thind talking to TOI shared,  “We are waiting for her to recover and heal from the grave loss. We had originally planned to shoot the song on September 15 in London, but that couldn’t happen because of obvious reasons. We will finalise a new date soon and would want Shehnaaz to be a part of it, too, as she is an integral part of the film. I am in touch with her manager and hoping that she will contact us in a few days.”

Coming back to Honsla Rakh's trailer, did you watch it yet? Tell us your thoughts on the trailer on our Facebook page. For more such stories, stay tuned!