Check out the net worth of Mira alone and Shahid's too which will surprise you for sure. 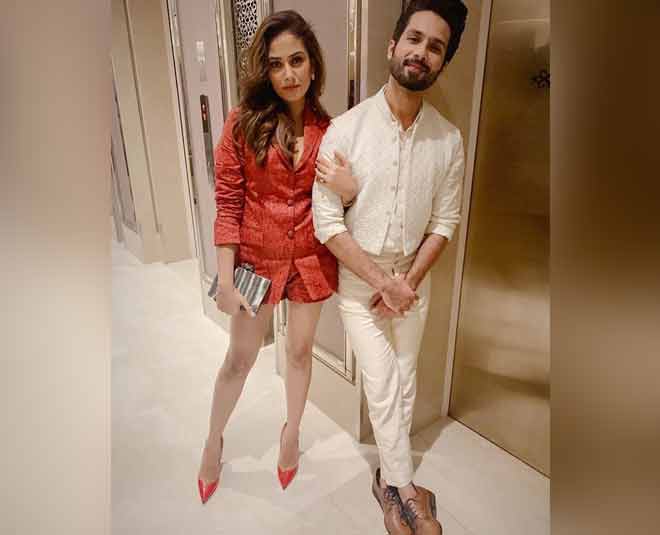 Amongst the most loved couples at the moment, Shahid & Mira Kapoor stand out and they give us all couple goals for sure. She might be younger to him by a decade but age is clearly just a number between them. But did you know how much the two's net worth is? It is more than Ambani bahu Shloka Mehta's!

Yes it is a shocking piece of news considering she is an Ambani and before that the daughter of Russell Mehta who owns the Rosy Blue Diamonds, India's leading diamond companies! Shahid & Mira have reportedly left her behind as well! While Shloka's worth is Rs 120 crores as per reports, Mira & Shahid are worth more than a double of that amount.

Shahid Kapoor who made his Bollywood debut with Ishq Vishk in 2003, has in a way refurbished himself and post his marriage to Mira, his work has got a boost be it look wise or even acting-wise. Mira has been lucky for him clearly as now he has two beautiful kids with her and probably has his happily ever after.

He has given us some fine works like Jab We Met, Haider, Udta Punjab and Kabir Singh among others.

When he got married to Mira in a private ceremony, netizens went berserk. The 39-year-old and Mira have become popular ever since! They are appearing on magazine covers, Mira is endorsing brands on social media and the couple is getting endorsements for being a power couple besides Shahid minting money at the box office. If we go as per reports, Shahid and Mira just a few months back bought a Rs. 56 crore worth Worli apartment and then he also owns a Mercedes Benz GL Class, Porche Cayenne GTS, Jaguar XKR – S, Black Range Rover Vogue and bikes like Yamaha MT01 and Harley Davidson Fat Boy. He has a passion for cars and he has said that in several interviews.

Don't Miss: Can You Imagine Getting Rs 1 Lakh Per Minute As Your Salary Like This Kapil Sharma Show Member? Interestingly, he also has a house in Delhi, which is his childhood home. He lived with his mother and maternal grandparents for over 10 years there.

When controversial blockbuster Kabir Singh released, it reportedly made over Rs 200 crore. Combining his and Mira Rajput Kapoor's net worth, it is reported to be approximately Rs. 200 to 250 crore. Mira Kapoor’s net worth is almost Rs 90 lakh.

Talking about their home, the two had even approached Gauri Khan for the interiors of their new house where they also took pictures at her luxurious store in Mumbai.

Shahid is Pankaj Kapur and Neliima Azeem's son and the couple now is parents to Misha Kapoor and Zain Kapoor.