Kareena and Kartik's video hinting at something interesting? Watch here. 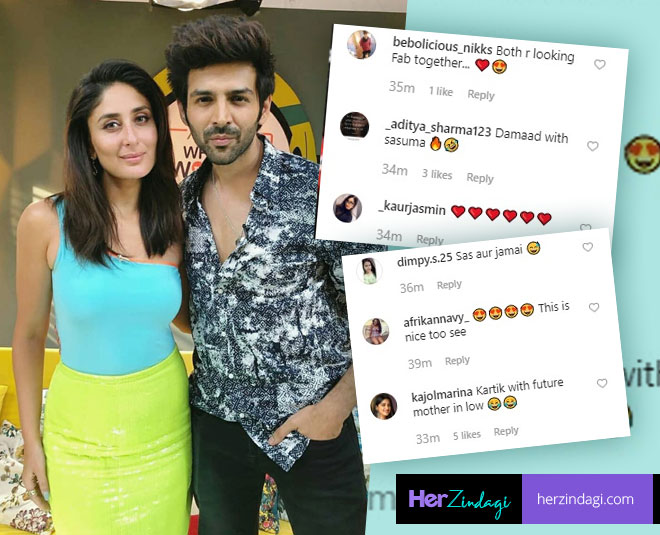 Kareena Kapoor Khan is back with another season of her radio talk show and this time, we got to see Kartik Aryan on the show. The two shot for the programme in Mumbai recently and a lot of pictures and videos from the sets went viral.

Seeing the two together, netizens couldn't keep calm. After Kartik posted this picture with Kareena and captioned it, 'Ye ‘Ishq’ haaye...❤️', it went viral and fans started pouring in some interesting comments.

Soon there were comments like "future damaad and sasuma". Have a look at the comments: 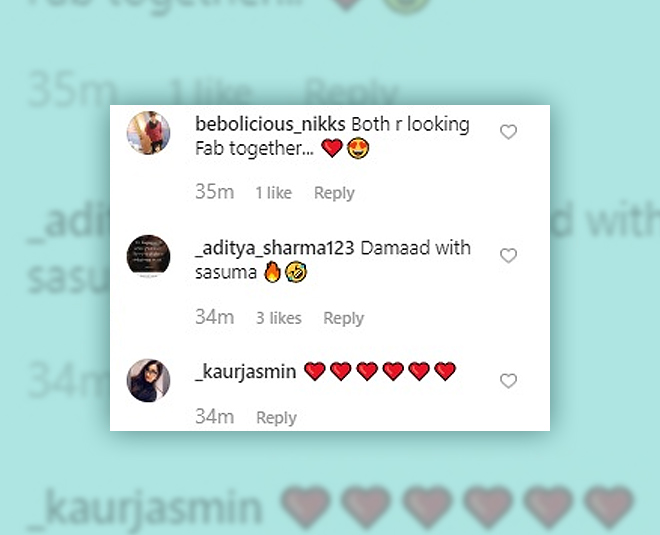 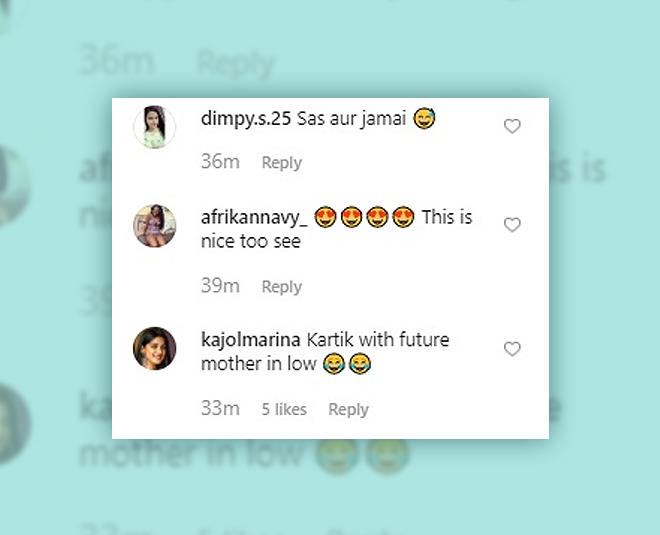 Also, a video of Kartik and Kareena chatting is out on the net and going viral. The video is proof that the two share a lovely bond. Have a look at the video: 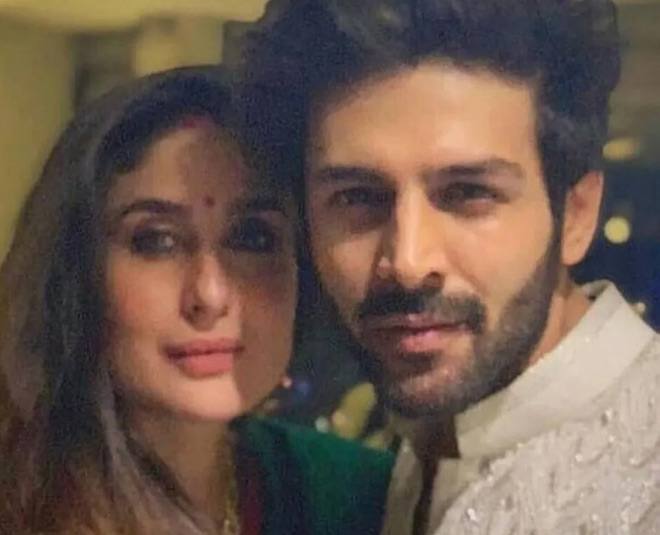 This further made all Kartik Sara fans excited as it hinted at their rumoured relationship. The two have shot for Imtiaz Ali's Love Aaj Kal 2 and ever since the shoot came to an end, they have been spending a lot of time with each other. Kartik even went to Bangkok to celebrate Sara's birthday. The two have been posting pictures with each other actively. Kartik's Instagram comments on Sara Ali Khan's pictures are also drawing a lot of attention.

#AajKal ❤️ 🙏🏻 .... ... #Repost @imtiazaliofficial the oxygen that makes the film breathe #aajkal @saraalikhan95 @kartikaaryan (clicked during the first few readings of the film, before shoot began)

For all those who don't know, Sara Ali Khan confessed having a crush on Kartik Aaryan on Karan Johar's chat show. Kareena also spoke about Kartik and Sara on the show. She said, "He's wonderful. They'll make a good pair. They're planning to do a film together. He's massy, and she's classy."

On the work front, Kartik Aaryan has some amazing movies lined up including Pati, Patin Aur Woh, Dostana 2, Bhool Bhulaiya 2. Kareena Kapoor on the other hand will be seen on the big screen with Good Newwz that also stars Akshay Kumar, Kiara Advani and Diljit Dosanjh.