Radhika, Shloka, and Anand are very lucky to have Nita Ambani in their life as their mother-in-law. And these pictures are proof. 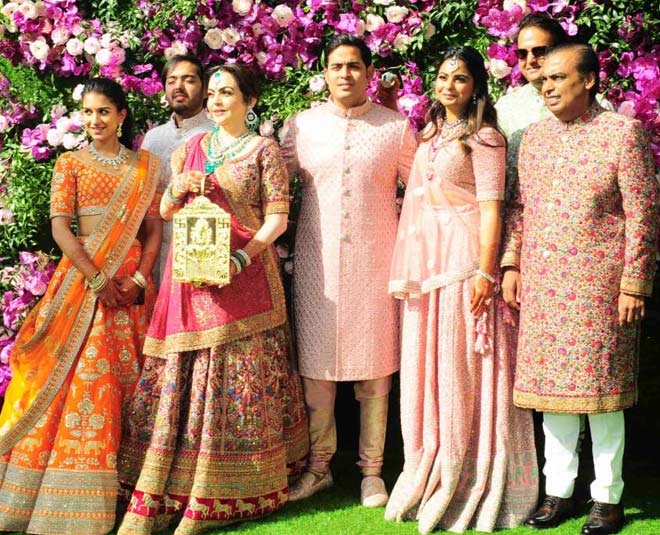 Ambani Clan always manages to grab our attention with their every outing and shells out major family goals. However, what caught our attention the most is Nita Ambani's love for her daughter-in-law, Shloka Mehta, and son-in-law, Anand Piramal. From holding Shloka's hands in public to accompanying Anand to the wedding mandap, these pictures are proof that Nita is surely the coolest mother-in-law in town.

Nita Ambani kick starts every function with her graceful performance. She performs Bharatnatyam on Achyutam Keshawam Vishwa Damodaram at the beginning of every function. Here's a glimpse of her performing dance at Akash Ambani and Shloka Mehta’s wedding reception.

In an interview with a magazine portal, Nita said, “You know, dance is my first love, it’s my me-time. I practise it every morning for at least 45 minutes. I’ve been dancing since the age of five, have represented my school and college in dancing competitions and I obviously can’t lose touch with it. Indian classical dance is sustained by a profound philosophy. The form seeks to merge with the formless, motions seek to become a part of the motionless, and the dancing individual seeks to become one with the eternal dance of the cosmos.”

The Way She Poses With Her Bahu

As the Ambani clan visited Ganpati Bappa at Siddhivinayak, we spotted Nita posing the camera by holding Shloka and Radhika’s hands firmly in the crowd. This is yet another instance, where she proves that she is the coolest mother-in-law.

Even at the Priyanka and Nick's wedding, Nita was seen holding Radhika lovingly as they posed for the shutterbugs. It was the first time when Ambani's made their public appearance with Radhika Merchant.

Her Bond With Shloka Mehta 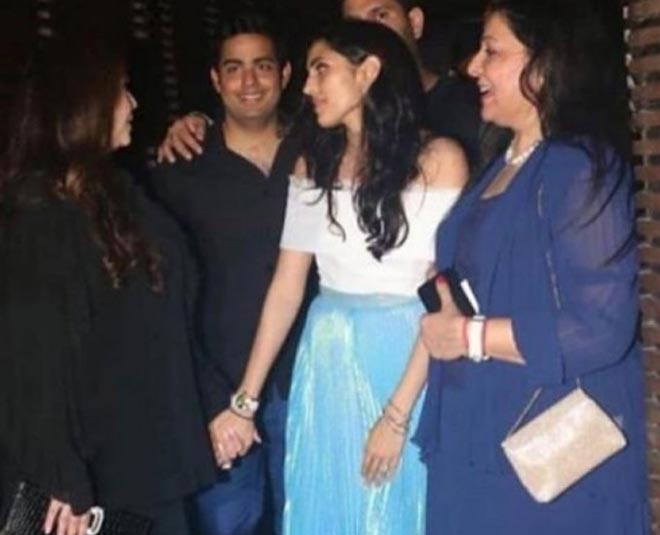 During the retirement party of Yuvraj Singh, Nita Ambani was seen holding Shloka's hand while talking to Yuvraj and Akash. This picture proves that she is more of a friend than a mother-in-law to Shloka.

Her Bond With Radhika Merchant

At the Ganesh Chaturthi celebration, Nita was spotted holding Radhika Merchant's hands and happily posed with her in front of the paparazzi.

When She Accompanies Anand Piramal

“In a lovely gesture of love and affection for Isha Ambani and Anand Piramal, living legend Lata Mangeshkarji showered her blessings by recording a beautiful rendition of the Gayatri Mantra, a Ganesh stuti and a special message for the newlyweds in her own voice. The recording was played during the wedding rituals of the couple on 12th December and added to the grace of the occasion. The marriage was conducted as per the Gujarati traditions and the Hindu Vedic Rituals. Lataji has recorded a rendition in her own voice after several years, making this Hindu Vedic invocation to the gods even more special. Before playing the recording, legendary thespian Shri Amitabh Bachchan gave a small introduction and explained the significance of the rendition by Lataji to the attending guests.”

Instead of accompanying their daughter Isha Ambani to the mandap, Nita Ambani and Mukesh Ambani accompanied Anand Piramal to wedding mandap! We don’t need any more words to explain this gesture of Nita Ambani’s, right?

Her Way Of Expressing Love For Shloka

So, after reading and taking a look at the glimpses, don’t you think that Nita Ambani is the best ever mother-in-law in the town? Share your views with us on our facebook page and stay tuned to HerZindagi for more such articles.