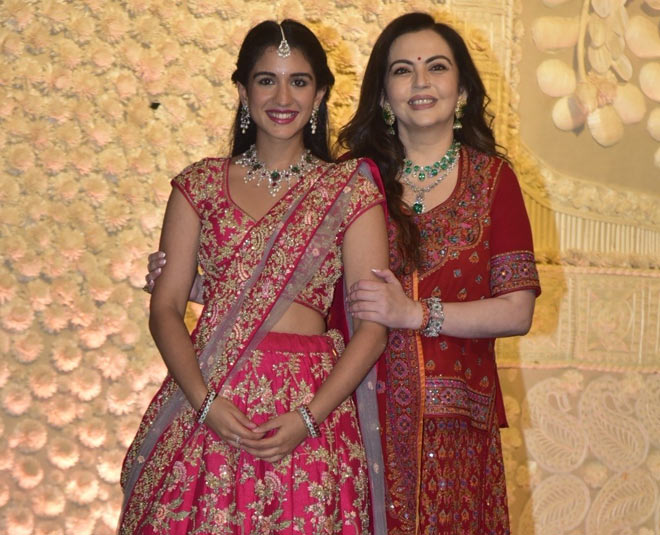 One of the most celebrated festivals of India, Ganesh Chaturthi, has begun and devotees can’t stop praising Lord Ganesha. On this occasion, the Ambani’s hosted a grand Ganesh Chaturthi celebration at their residence Antilia, as it is their daughter, Isha Ambani, and son, Akash Ambani’s first Ganpati post their wedding. The lavish bash was attended by the biggest names from Bollywood, politics, and sports. But what caught our attention the most is Nita Ambani bonding with her would-be daughter-in-law, Radhika Merchant.

In one of the shots, Radhika Merchant was seen posing with Nita Ambani and their bond is clearly visible. Radhika was looking drop-dead gorgeous in a heavily embellished red lehenga by Shyamal & Bhumika. She paired her outfit with an equally embellished blouse and diamond jewllery. On the other hand, Nita Ambani looked every bit of royal in a red lehenga from Abu Jani and Sandeep Kholsa's collection. She enhanced her look with a stunning emerald neckpiece and subtle makeup. Check out the picture below!

Not only on festivals, but Radhika is often spotted on the momentous occasions of the Ambani family. Here're some more glimpse of saas and 'probable' soon-to-be bahu, Nita and Radhika bonding. 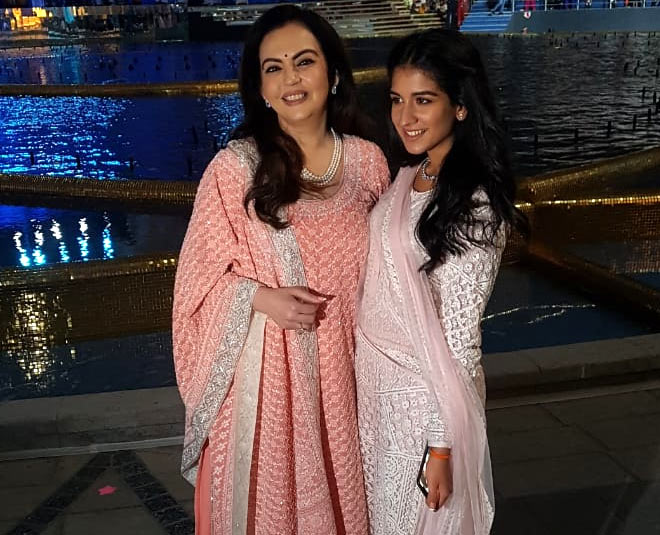 Radhika also accompanied Nita Ambani for the inauguration of the Dhirubhai Ambani Square in Mumbai. 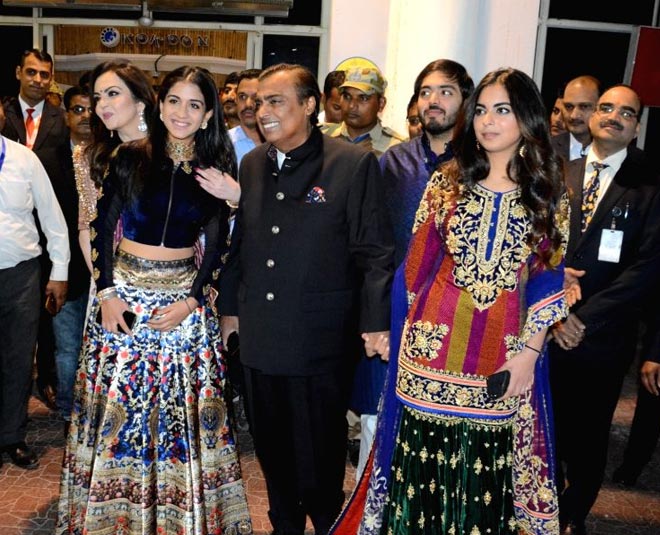 Before Isha's wedding, the Ambani family also attended Priyanka Chopra-Nick Jonas' sangeet and Deepika Padukone-Ranveer Singh's reception. And guess who accompanied the Ambani clan to these functions? Yes, it was their alleged soon-to-be bahu, Radhika Merchant. 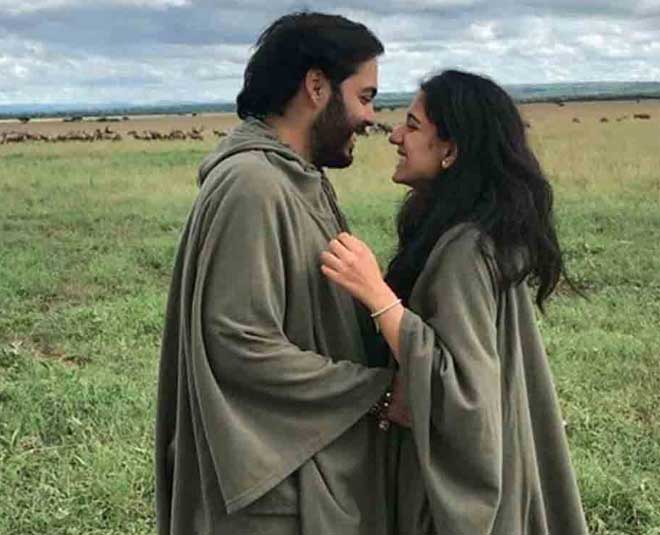 Rumours about things being serious between Anant and Radhika started doing rounds when at the engagement party of Mukesh and Nita Ambani's elder son Akash Ambani with Shloka Mehta, Bollywood superstar Shah Rukh Khan teased Anant about Radhika. He asked Anant on a scale of 10, what he would rate Radhika's dance performance and Anant replied, "One million... infinity!"

Radhika is the daughter of Viren Merchant, the CEO and Vice Chairman of Encore Healthcare. She has graduated from New York University in political science and economics. She did her schooling from Mumbai’s Cathedral and John Connon School and E cole Mondiale World School before completing her IB Diploma from BD Somani International School.

While nothing has been confirmed yet, but judging by how close Radhika is with the entire family of the Ambanis, it is obvious that something is brewing. Stay tuned to HerZindagi to get all the latest updates of celebrities.
Loading...