Divyanka and Vivek own a beautifully done home in Mumbai. Take a tour of their house, see pictures! 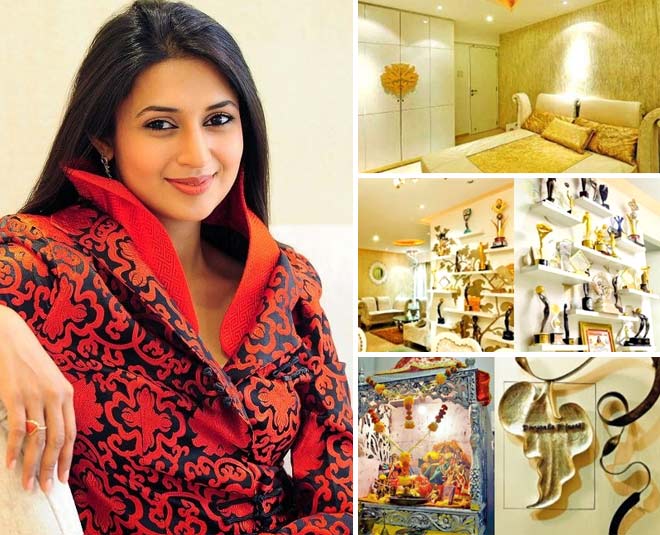 Divyanka Tripathi and Vivek Dahiya are one of the most adorable couples of the telly world. Ever since they got married, the two have been giving us couple goals! The couple shares a beautiful chemistry and their pictures speak of that!

While Divyanka's family is in Bhopal, her in-laws are in Chandigarh. After their marriage, the two settled in Mumbai and also purchased a new home in the city. Their 3 BHK home has beautiful interiors. The house has a gold and white theme all over. 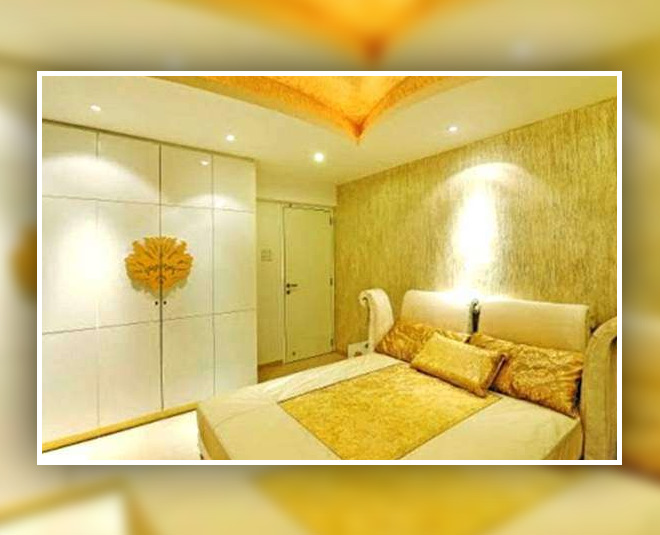 All the bedrooms in the house are done in beautiful golden and white theme setting. 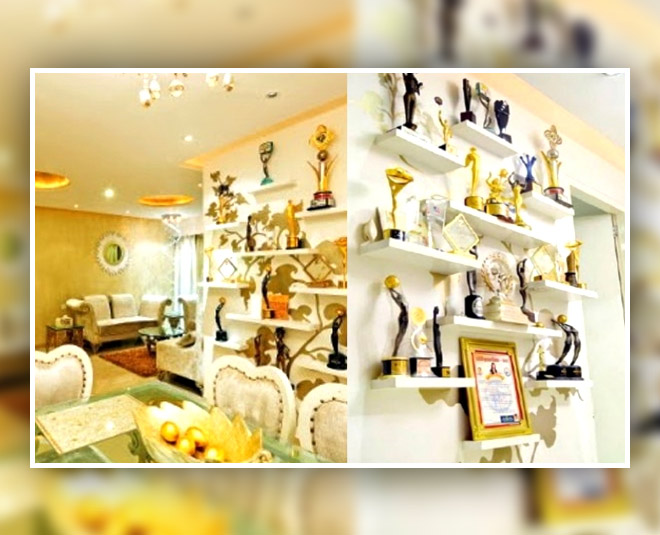 The house has a special corner that has Divyanka and Vivek's trophies. 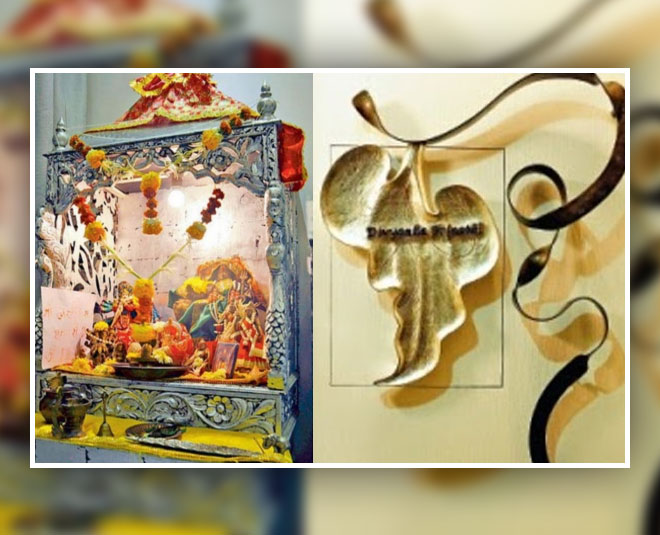 Divyanka and Vivek's abode also has a special place for meditation. The house has a beautiful small temple too. 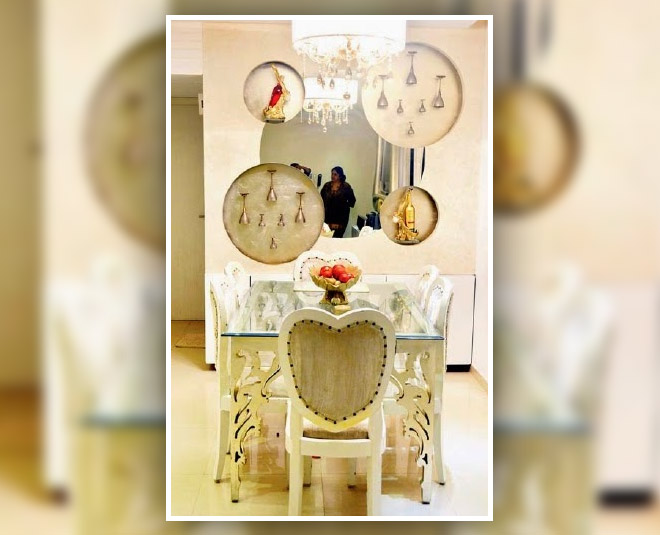 Before Divyanka and Vivek moved in, the flat was designed exclusively as per the choice of the two. This is the dining area of the house. 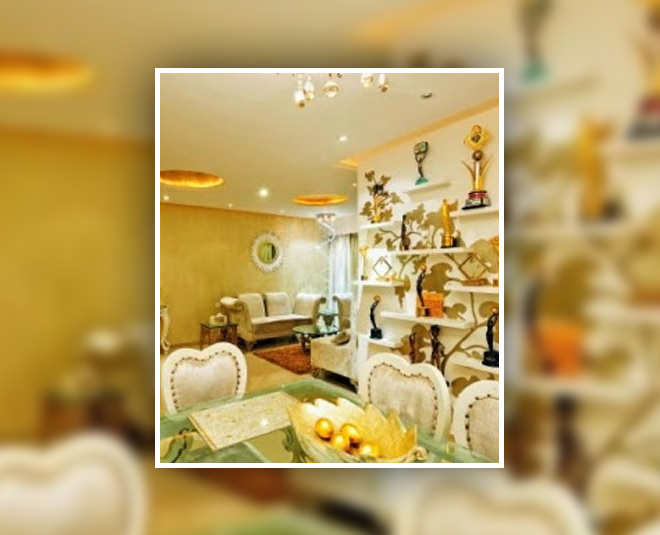 The living room has beautiful decor that gives a royal look to it. 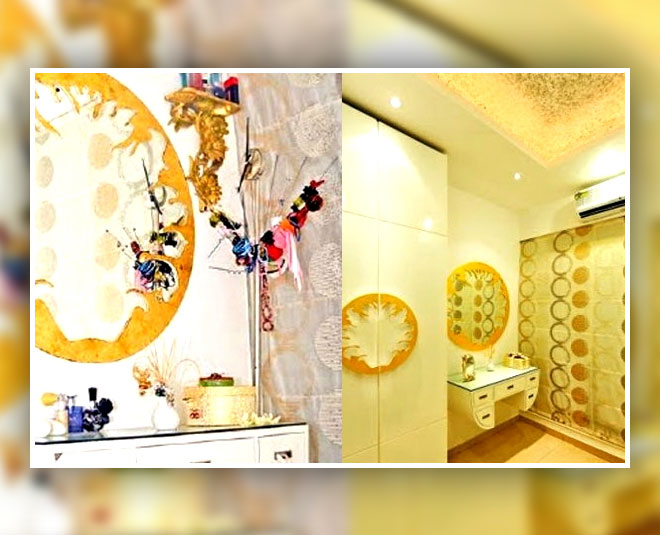 The golden walls and accessories give such a beautiful look to the house. 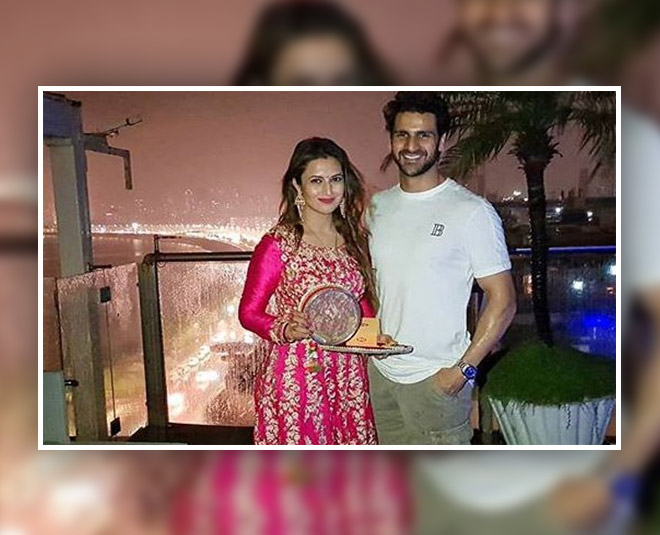 Ever since Divyanka and Vivek tied the knot, the two have been giving us goals. Their wedding was one of the most talked-about weddings in the industry. Their chemistry melts our heart every single time.
Divyanka and Vivek got married in a royal wedding ceremony in Bhopal. After the grand wedding, the families hosted a reception in Chandigarh and then in Mumbai.
It was not love at first sight for both of them but how they fell for each other and eventually decided to tie the knot is a story so beautiful! The two met on the sets of the show Yeh Hai Mohabatein, they were just friends. But then some fans of Divyanka cropped her and Vivek's image from a group picture and captioned it 'DiVek'. Who knew it would happen for real? The two really considered it after they got to know about it and eventually fell in love!

A post shared by Divyanka Tripathi Dahiya (@divyankatripathidahiya) onSep 19, 2019 at 12:14am PDT

Recently, Divyanka took to her Instagram handle and posted a picture of herself in a saree. She captioned the picture, “#NareeInASaree.” Her fans are so impressed seeing their fashionista back in such a stylish avatar.
On the work front, Divyanka Tripathi is a part of the show, Yeh Hai Mohabbatein. She was also last seen in a digital project, Coldd Lassi Aur Chicken Masala opposite Rajiv Khandelwal. On the other hand, Vivek Dahiya was last seen on the show Qayamat Ki Raat.
For more stories around celebrity couples, stay tuned to HerZindagi.