Saraswati River: A Myth Or A Lost River?

Do you know that the Saraswati River still flows in Uttarakhand? Read on!

With this article, we mean to answer all your questions and provide you with more information about the mythological stories and scientific related to the river. We will discover the terrains where the river flowed and how you can witness one of the most mysterious rivers in India.

Which River Is Known As Saraswati River? 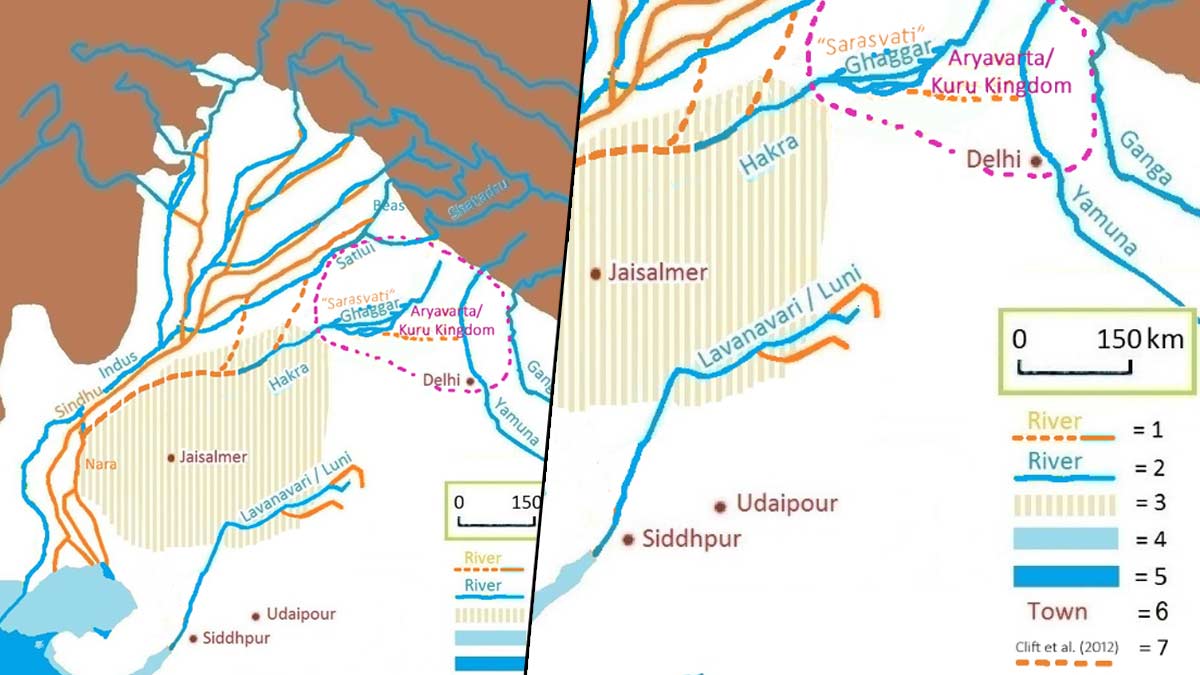 Amid the Aravalli mountain range in Rajasthan originated a river named Saraswati or Sarasvati. It is said to be a tributary of the Alaknanda River that has an origination point near Badrinath in Uttarakhand.

If you believe the above map, the river passes through Patan and Sidhpur before merging with the Rann of Kutch. It is believed that the river existed several thousand years ago, and it dried up or disappeared.

What Do Rig Veda And Other Sanskrit Texts Say About Saraswati River?

The earliest mentions of the Saraswati River are found in the ancient Hindu scriptures. It was also mentioned in the post-Vedic texts. The mighty cascading stream of water was among the few rivers that were ever worshipped by the followers of Hinduism.

A 2002 report of DownToEarth has quotes from scientists that believed that the river existed during the Harappan civilisation. In fact, many crucial parts of the civilisation were built on the banks of the Saraswati River.

Some texts in Mahabharata mentioned a river that disappeared in a town, presently known as Sirsa, in Haryana. Geographical history and archaeological findings suggest that Rajasthan has not always been arid. It used to be a green region that hosted a big river system, which led to the establishment of Mohenjodaro and Harappan civilisation around the area.

Saraswati River was a manifestation of Goddess Saraswati. She is the goddess of knowledge, music and creativity. Many Sanskrit texts refer that Kartikey, one of the children of Lord Shiva and Goddess Parvati, was appointed the Commander of Deva forces near the bank of Saraswati River.

The Story Of The Curse On Saraswati River, Her Disappearance And Why It Flows Underground 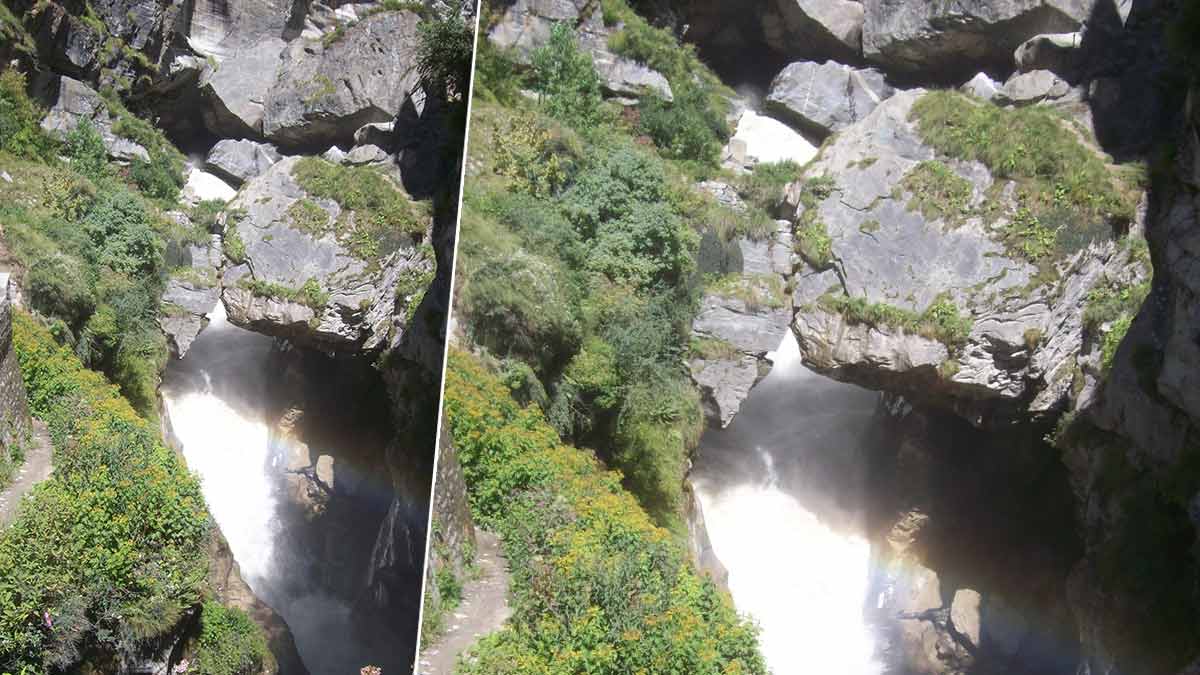 A report in Rediff.com speaks about Sanskrit scriptures that refer to a time when Ved Vyas was reciting Mahabharata to Lord Ganesha on the banks of the Saraswati River. The sage requested the river to flow gently so that he could complete the recital.

However, the mighty Saraswati River did not heed and was flowing at its full strength. Angry at the behaviour, Lord Ganesha cursed the river that it would vanish some day.

According to another report in the Speaking Tree, mythological tales say that Saraswati was born from the head of Lord Brahma, the God who created the universe. She was one of the most beautiful women that lord Brahma had seen.

Mesmerised by her beauty, God was filled with the desire to own her. Goddess Saraswati was not happy with the attention and tried to escape. Therefore, the river flows underground.

What Does Research Say About The Saraswati River?

Researchers believe that the Saraswati River is not a myth. It was among the perennial rivers that flowed through the north-western terrains of India. The DownToEarth report says that after the Ice Age, the area through which the river flowed had some massive glaciers.

These glaciers flooded many regions of Rajasthan and Rann of Kutch. The marine tectonic activities submerged these regions, and the process of desertification started.

Scientists also believe that these tectonic activities were responsible for delinking the Saraswati River from its source. Hence, the river dried up or ceased to exist.

In 2015, the BJP-led government of Haryana set up a ‘Saraswati Rejuvenation’ team to excavate farmlands where the mighty river once flowed. They actually found water at seven feet. The project was first started in 2003. It was shelved and restarted in 2015.

In the DownToEarth report, scientists believed that the river died a premature death, but it flows underground in many parts. A map of all channels summarises that the Saraswati River flowed through present-day Haryana, Punjab, Himachal Pradesh and Rajasthan.

American Satellite Landsat shared digital photographs that showed the presence of the river and definitive patterns under the ground of the Jaisalmer area.

Don't Miss: Ramcharitmanas: Things To Keep In Mind During Recital At Home 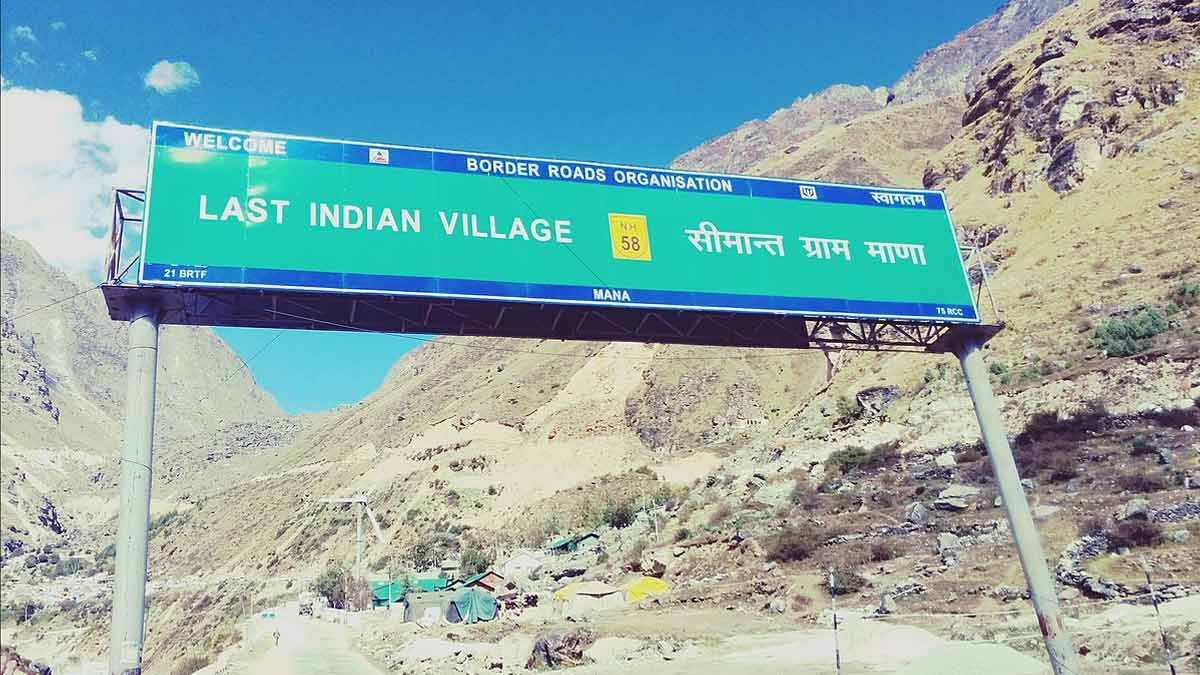 A blog in the Rishikesh Day Tour mentions that one of the best places to witness the Saraswati River is Mana Village, Uttarakhand. Located around 4.4km from Badrinath, it is the last Indian village on the borders of India and China.

Don't Miss: Devi Shanta And Her Relationship With The Epic Of Ramayana!

Surrounded by lush greenery, the blog says the river flows here with a roaring sound. It cascades through a renowned stone bridge and many caves until it disappears to merge with the Alaknanda River. Many pilgrims and devotees go to Mana Village to witness the gushing water of the Saraswati River.