Cuteness Overloaded! Shanaya Kapoor Childhood Pictures Are Proof That She Is The Cutest Star Kid

Although Shanaya Kapoor is yet to make her Bollywood debut, but she has massive followers on Insta and is known for her cute looks. Here are some ador... 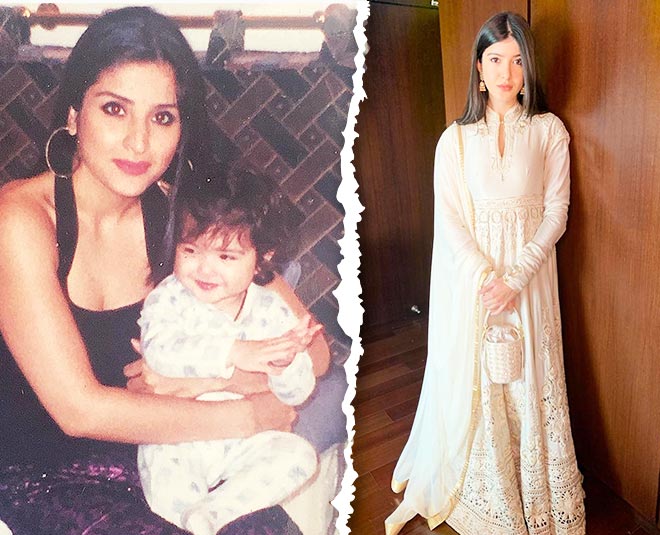 Sanjay Kapoor and Maheep Kapoor's daughter have grown up quite a diva. The star kid is currently assisting Karan Johar on his upcoming movie Kargil Girl and will soon make her Bollywood debut. During an interaction with a media house, Sanjay Kapoor confirmed that she will definitely mark her presence in Bollywood and but he will not launch her. “Right now Shanaya is training to be ready, whenever the time comes. You will definitely see her on the big screen but only when the perfect opportunity arrives," he said.

But recently, Maheep Kapoor took to her Instagram page to post a throwback picture that shares a fresh glimpse into the assistant director's life before fame. In case you missed it, Maheep's latest Instagram photograph, which has already gone viral, shows Shanaya applying lipstick for the first time and we are all in "aww" with her cuteness. Don't believe us? Check it out yourself! 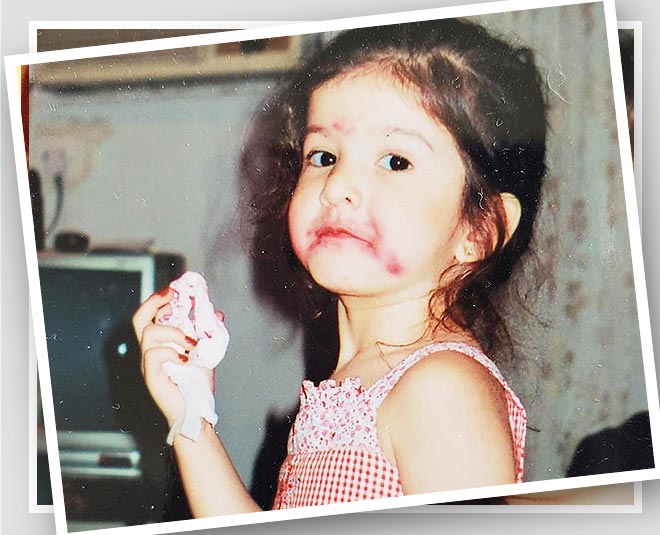 However, this isn't the first time that Maheep treated us with throwback pictures, she often posts childhood pictures of her daughter Shanaya and other Kapoors. Have a look. 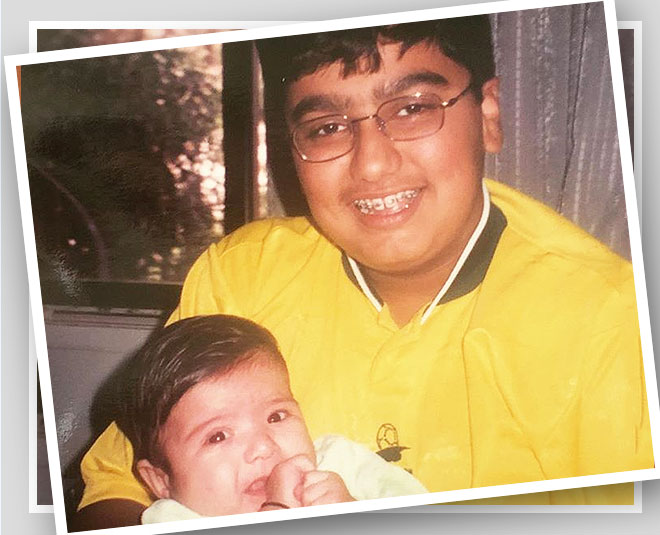 Remember when Maheep made us all nostalgia by sharing this throwback picture of Arjun Kapoor and Shanaya. Arjun, who is extremely close to his family, can be seen smiling ear-to-ear as he holds her little sister in his lap.

How can someone be so cute! In this picture, Shanaya can be seen wearing a pretty red frock with a bow on her head and we are all hearts! Oh, and did you notice those chubby cheeks?! 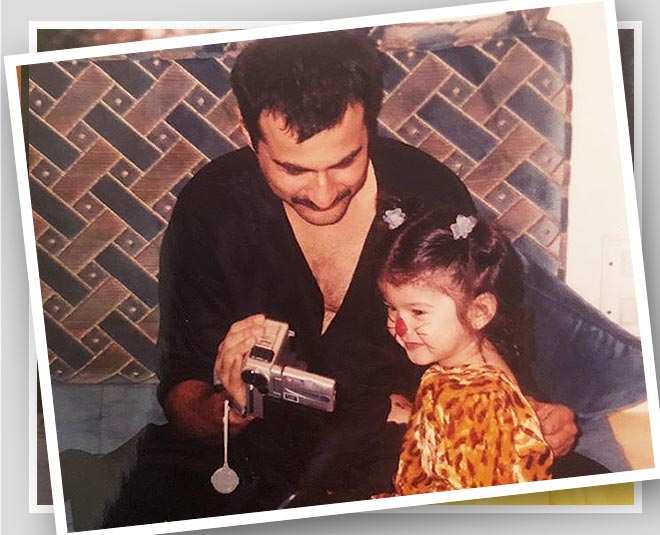 This picture proves that Sanjay and Shanaya's relationship is filled with unconditional love. We can see Sanjay lovingly looking at his daughter as she watches the video.

Ananya Panday, Suhana Khan have been close friends of Shanaya Kapoor's since their childhood days, and are often spotted hanging out together. These three beautiful ladies are also referred to as ‘The Charlie’s Angels of Bollywood’, have an extremely special bond and are as important to each other as family. On the occasion of Suhana Khan's birthday, Maheep posted this flashback picture where Suhana and Shanaya can be seen sitting on the chair and posing for the camera.

Don't Miss: Throwback! Sara Ali Khan's Childhood Pictures Proves That She Was Born To Be A Fashionista Looks like Maheep shares a close bond with Shanaya's friends. To wish Shanaya's friend on his birthday, the designer posted an another throwback picture of the cutties and we are lovin' it.

What an amazing debut 🙌🏽🙌🏽👏🏽👏🏽👏🏽 @janhvikapoor ❤️ #SoProudOfYou ❤️ such a mature performance 🙌🏽 #LOVEDDHADAK

Bollywood actress Janhvi Kapoor and Shanaya have grown up together and shares a close bond with each other. When Janhvi marked her presence in the Bollywood, Maheep took to her Insta page to congratulate her. She posted a series of flashback pictures and wrote, "What an amazing debut 🙌🏽🙌🏽👏🏽👏🏽👏🏽 @janhvikapoor ❤️ #SoProudOfYou ❤️ such a mature performance 🙌🏽 #LOVEDDHADAK."

This is yet another picture where Sanjay and Shanaya are giving us father-daughter goals!

Well, we surely think that Shanaya is the cutest star kid, what do you think? Do tell us in the comments and stay tuned to HerZindagi for more such articles.