Rohanpreet shared a heartfelt message for his wife, Neha Kakkar. Check it out for yourself. Punjabi singer Rohanpreet Singh released his new single ‘Ex-calling’ yesterday. And making the release of his song official on social media, he shared a post, along with which Rohan also wrote a beautiful and emotional message for his wife Neha Kakkar. The couple recently got married on 24th October and were ruling social media with the viral pictures of their different wedding ceremonies for days after that.

From the time we got to know about this couple, we have been awe-struck and it feels we will remain like this for quite some time now because the duo is not in a mood to stop their PDA and are keeping us engrossed in their lives. Take a look at the message Rohanpreet shared for Neha. 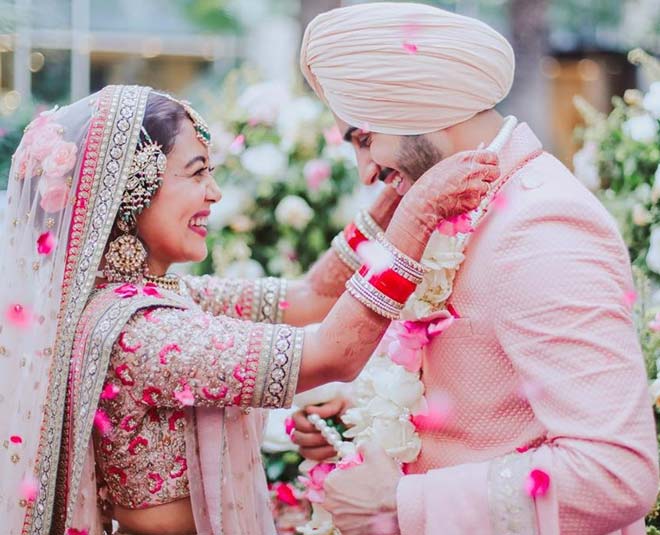 Rohanpreet took to social media to express his gratitude for his wife Neha Kakkar and penned down a very emotional message for her.  Here’s what he wrote: “Yeahhhh!! Song is finally Out Now Guys.. I wana Tell you something. “My Wife” @nehakakkar This is All Because of Her. Touchwood Jab se Nehu meri Life mein aye hain Tab se he Mere saath Sab kuch bahut Acha ho rha hai. I Feel ki Insaan k Roop mein Khud Bhagwaan Mere Pass Meri Life Mein Aagaye hai. Mujhe lagta hai ki main kuch nhi thaa aur Nehu ne mujhe haath lgaya aur mujhe HEERA Bana diya.. Ye jo gaana hai #ExCalling ye Bhi Nehu ne hi select kiya hai because She just loved this Song. Yes She is The NEHA KAKKAR nd still she agreed to became a part of it, which is truly a blessing for me. I don’t knw Nehu main aapka thanks kaise karu. Babuu i am really really lucky to have you as my Better Half. Thank you sooo much my babuuuuuu. I LOVE YOU ALOTTTT ND THANKS FOR BEING THERE FOR ME During EVERY SINGLE MOMMENT OF My life!!! Big Big Thanks to the Whole Team @babbu11111 @tonykakkar @anshul300 @musicenzo @gurinderrbawa @avneetkaur_13 @aadilkhann @itsjassilohka @rana_sotal @raghav.sharma.14661 #TEAM #DMF” Rohanpreet ‘s new Punjabi single is out on Youtube. The song has been composed by Enzo and has been presented by the Desi Music Factory. Rohanpreet and Neha have given the vocals with the lyrics by Babbu. The music video of the song features Rohanpreet, Avneet Kaur, and Adil Khan and has been shot in different locations in the country.

Don't miss: From Deepika Padukone To Honey Singh, Here Is What Celebs Gifted Neha Kakkar On Her Wedding 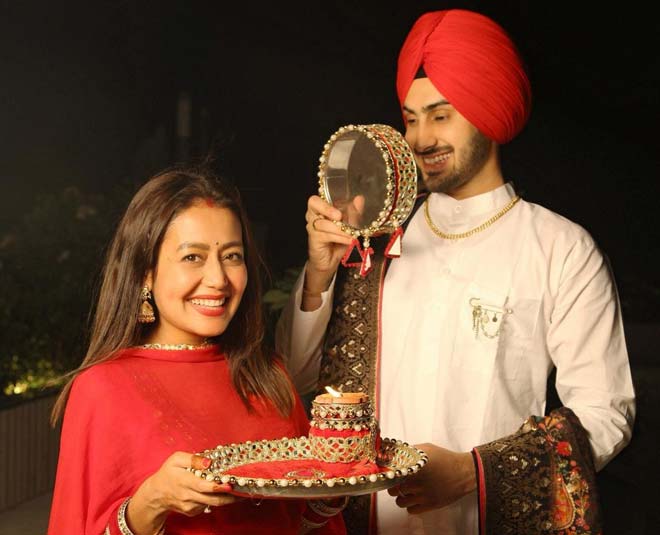 After a month of dating, Rohanpreet and Neha Kakkar realised that they have found their love and decided to marry each other. The duo got married in an extended Punjabi wedding ceremony with only the close relatives and friends attending it. The marriage took place in a Gurudwara in Punjab and they also shared numerous pictures of their wedding function and reception on the following days and got everyone drooling over them. The couple literally left all their fans spellbound with their sweet and adorable love story and we still can’t get over them. On 4th November, the couple celebrated Karwachauth for the first time and Neha Kakkar fasted for Rohan and got clicked with the entire Singh family. As of now, the lovebirds have flown to Dubai for their special honeymoon(celebs who gave us honeymoon goals) and we are eagerly awaiting the insights.