Bollywood Movies That Have Posed As Speed Breakers Against India's Body Positivity Movement!

No matter how much we love Bollywood, something that we have to accept is its body shaming picturization! 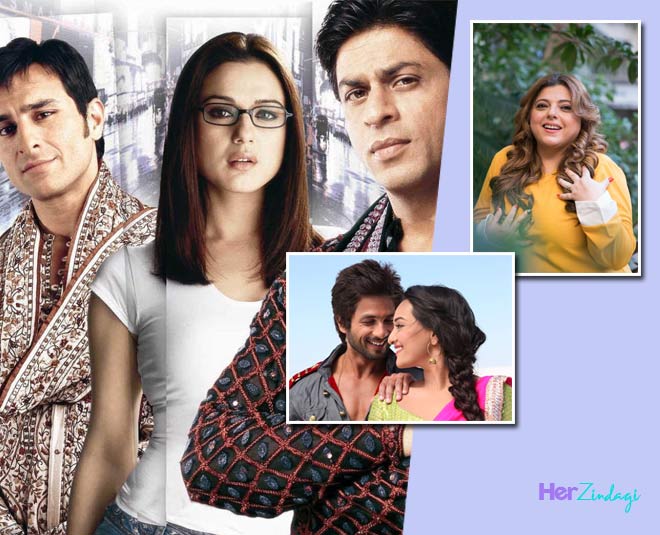 At a time when the cinema worldwide is striving to evolve on the daily basis, Bollywood is busy making body shaming jokes. Every time a movie makes an effort to spread body positivity like ‘Dum Lagake Haisha’ or ‘Shaandaar’ there come another ten movies that immediately bring India’s body positivity movement to a screeching halt. What these movie makers don’t realize is that they are responsible for making and breaking the societal ideologies. People ideate these movie stars and if the actors normalize body shaming then that is what their massive fan following might adopt as well.

What is even worse is that that some of these movies where the plot is not even close to bodily attributes or transformations use fat jokes in the form of humor. We as audience have given Bollywood a chance to think that we still find these petty jokes on someone’s physical appearance funny. We have collectively failed. The constant hand gestures done by actors in movies and item songs to describe a woman by shaping an hourglass by their hands is yet another example of how we have been extremely lenient with actors who constantly objectify our bodies. Are we nothing beyond the shape of our bodies? You might think we are, but Bollywood clearly doesn’t agree. Here are a few movies that made body related jokes that are not only offensive but extremely petty and immature. Grow up Bollywood, no one is laughing anymore.

While everyone watching this part of the movie appreciates the voice of Udit Narayan, one thing that they often miss out on is the extremely disrespectful video. It shows Ajay Devgan running away from a girl while making disgusted faces. The girl he is running away from is obviously fat, dusky and short. Bollywood’s ideal ugly prototype. The girl he is running to is Sonali Bendre. One is allowed to love whoever they wish to and there is absolutely nothing wrong with Ajay Devgan falling for Bendre. However, the entire show of him running away from a ‘fat girl’ like she will eat him up, makes no sense! (Have you seen yourself? You don’t even reach my height)

(Have you seen your weight? Did I say anything?)

In a scene of just a few seconds, the actors went on to pull each other down on the basis of each other’s body types. While Sonakshi Sinha used Shahid’s height as a reason to not be with him, shahid said even he is ‘adjusting’ given her weight. These kinds of movies construct the physical appearance as a criteria for falling in love in the minds of the people. This is precisely why those who are, too fat, short, thin or even too tall live with the thought of never being loved.

Don't Miss-Stop Telling These Things To Young Girls As They Grow!

Actress Uma Devi also known as ‘Tun Tun’ opens the door for her onscreen husband who was leaning on the door which causes him to fall. As he gets up, he says, “Main to girke uth bhi gaya, kahi tu girti toh tujhe uthaane ke liye crane mangana padta” (At least I could get up on my own, if you had fallen, we would have to call a crane to pick you up). These jokes never get to old do they? The “don’t run or you’ll cause an earthquake”, “don’t dive or the pool will crack”, safe to say that these problematic statements in the name of humor are derived from Bollywood. 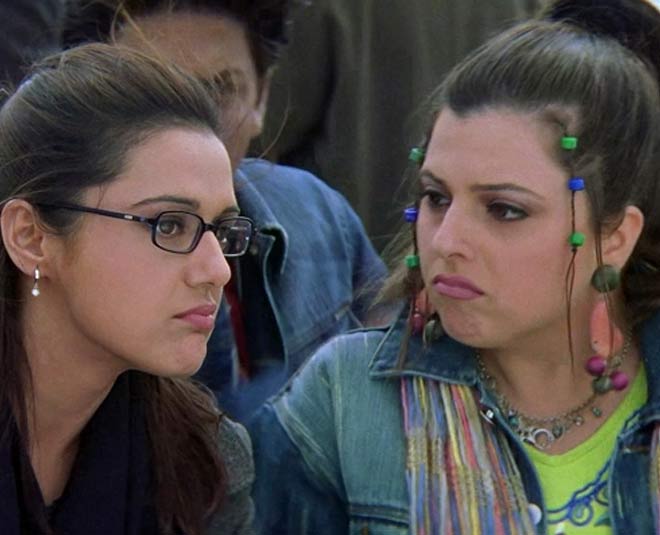 Beautiful movie, so many tears, so many emotions what could possibly go wrong with this movie right? Wrong. Naina played by Preity Zinta poses as an extremely toxic friend who spreads hate because of her bitter outlook towards life. Her body positive friend, played by Delnaaz Irani has to constantly take the heat from Naina. She is even explicitly told by Naina that will never find love until she loses her weight. This movie based on the concept of undying love, ironically brings down the concept of love to body size. A paradox that is not very shocking coming from a typical Bollywood film.

Just when you think Bollywood can’t be any more repetitive, it very proudly proves you wrong. Based on the same old concept of husband hating on his wife when she is fat and falling madly in ‘love’ with her as soon as she loses weight, Bollywood is propagating the worst possible idea of love and the scary part is that people are buying it!

Don't Miss- Sexist Bollywood Songs That We Must Stop Grooving To Right Now!

These were few of the many movies where Bollywood has openly propagated body shaming. Stay tuned to Her Zindagi for more such content.