Priyanka Chopra and Nick Jonas wedding at the Umaid Bhawan Palace, Jodhpur, had covered 3 months' revenue for the palace. Deets inside. 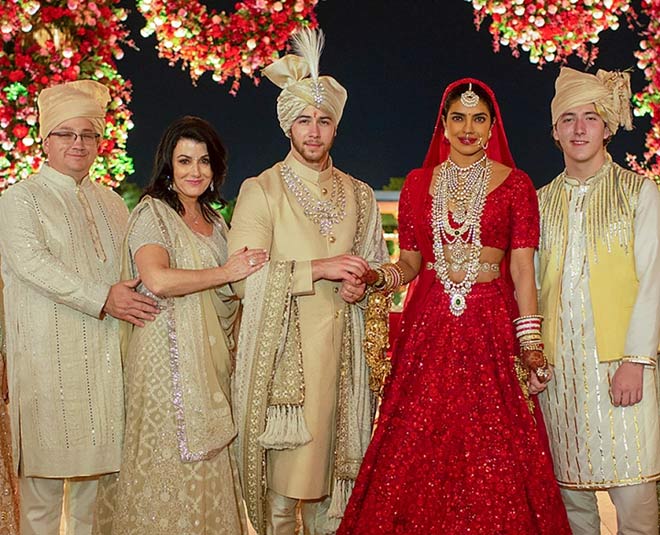 Certifiably, Priyanka Chopra and Nick Jonas's wedding is the wedding of the decade! The who's who of India from Mukesh Ambani, Radhika Merchant, Nita Ambani, Isha Ambani, Parineeti Chopra, and others, to Jonathan Tucker and other Hollywood stars, made their way to the most high-profile wedding ever. The star-studded wedding was held at the Umaid Bhawan Palace, Jodhpur and was a memorable affair with lavish ceremonies including sangeet, mehendi and haldi, which was followed by Christian and Hindu wedding. 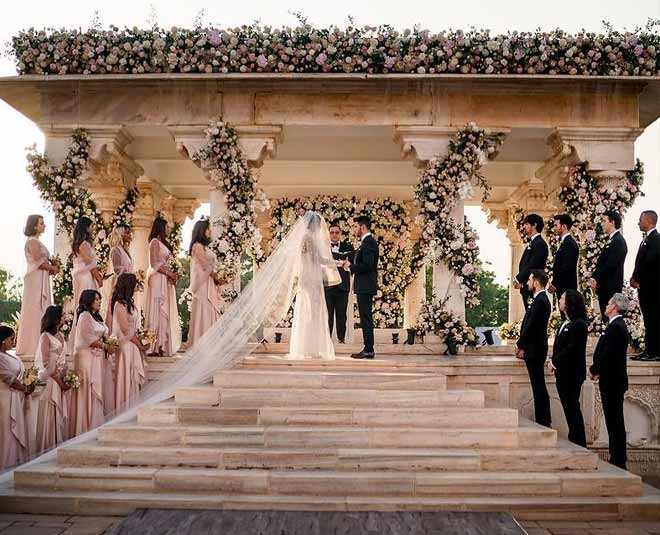 Recently, Puneet Chhatwal, chief executive officer and managing director of Indian Hotels Company Ltd that operates the Umaid Bhawan Palace, revealed that the Priyanka-Nick wedding was so lavish that there was no revenue shortfall for three months. "That one per cent (of top spenders) helps. Last year, we had Priyanka Chopra's wedding in Umaid Bhawan Palace and it makes up for the revenue of 3 months. One is enough", he said.

One of the most special things that our relationship has given us is a merging of families who love and respect each other's faiths and cultures. And so planning our wedding with an amalgamation of both was so so amazing. An important part of the pre wedding rituals for the girl in an Indian wedding is the Mehendi. Once again we made it our own and it was an afternoon that kicked off the celebrations in the way we both dreamed. @nickjonas

According to reports, the couple had spent over $461,000 (over 3.2 crores) on the venue itself that included four-day stays for the guests and all other amenities.

Recently, the couple has announced that they will launch a sangeet dance show, inspired by their sangeet ceremony. This prime series will be produced by the couple. Priyanka said in a statement that, “We re-watched the video of our sangeet last week on our first anniversary, and the togetherness of our family and friends during this event still sparks the same warmth and excitement that it did just over a year ago at our wedding. The sangeet is a centuries-old Indian wedding tradition, that not only celebrates the union of two people, but also signifies the introduction and bonding of two families coming together in a marriage.”

At our wedding, both of our families came together to perform a sangeet. A performance (dance-off competition style) that celebrated our love story, one of the most unforgettable moments from a very special time in our lives. @nickjonas and I are excited to announce a new, currently untitled project (we’re still working on it!!) that celebrates the love and magic that comes from friends and family that join together through music and dance the night before a wedding. It’s our #SangeetProject ❤️❤️ Happy one year anniversary baby. It’s our first together We want to share this amazing experience with couples set to be wed. SO...if you're engaged to be married in the spring or summer next year (2020), we want to be part of the celebration and help you make it even more spectacular. #representationmatters #crosspollination #culturesblending Visit the link in bio, and we’ll have you dancing before you walk down the aisle! @amazonprimevideo @alfredstreetindustries

Conforming the same, Amazon Studios head Jennifer Salke said, “The sangeet is such a beautiful tradition and we're excited to partner with Priyanka and Nick to honor it through this series and find couples from all different backgrounds that are excited to bring their families together through the universal language of song and dance."