This Is Power Couple, Alia Bhatt & Ranbir Kapoor's Net Worth!

Guess how much do Alia and Ranbir make and how much would their combined net worth will be if they get married!? 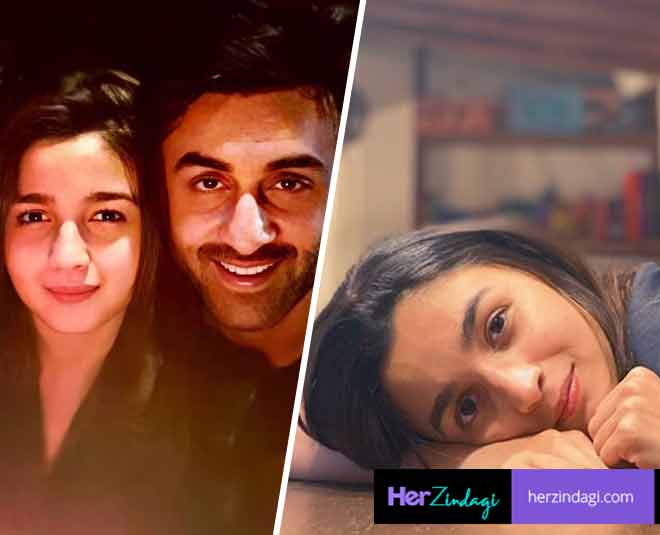 They come from a respected lineage, born in filmy families, actress Alia Bhatt and Ranbir Kapoor makes one power couple everyone loves. While Alia who will soon be seen in the film Gangubai has been is ruling the industry, Ranbir Kapoor, who has now tested COVID 19 positive, is well known for his body of work as well. We wonder when the wedding bells shall ring for the power couple, but when they do, this is what their net worths will add up to be. Hint: it would be crazy! Check out how!

The 27-year-old actress may have been launched by Karan Johar but her work in films like Highway and Raazi impressed all. She has given a number of hits and has proved to be a tough competitor for her contemporaries. As per reports by Republic TV, Alia Bhatt's net worth is between Rs 44 to 72 crores. She is also said to own big cars like Range Rover Evoque, Audi A6, Audi Q5, and BMW 7 series. The actress as per the report charges a whopping Rs 4-5 crores per movie and for each endorsement, she makes Rs 1 crore. For attending events, Alia charges Rs 20 to 30 lakhs.

Well known for some classic films like Barfi, Sanju and RockstarRanbir is in the list of highest-paid actors. Although many of his films have tanked, he makes his money via brand endorsements and also movies. He charges Rs 5 crores for the ads and endorsements. According to CAKnowledge.com, Ranbir's net worth is Rs 322 crores. He also owns several properties. Being a car lover, the actor owns Rolls Royce, Lexus, BMW X6, Mercedes-Benz GL Class, Range Rover, AudiRS7 and a Toyota land Cruiser.

Combining the two's net worth, it would be around Rs 400 crores if we don't count their cars and properties.

Besides this when is their marriage is a million-dollar question but we do know for a fact that they are serious about each other. Looking at their social gathering attendance where they are seen together, their Instagrams, and Ranbir Kapoor's mother and veteran actress Neetu Kapoor's social media handle, things are very much serious but probably on hold at the moment.

Last month, Karan Johar revealed on a live chat on his Instagram handle and spilled some beans on several of his industry friends, which included Alia Bhatt. The filmmaker shared that Alia had a special lockdown hairstylist in Ranbir Kapoor with whom she was living during the lockdown. He also said that "she is in a happy place".

Alia had taken to Instagram and shared a new look with the caption: “60 days later - stronger, fitter, better at burpees, much better at skips, much much better at push-ups, obsessed with running, super obsessed with eating right and waiting to get back onto the next challenge. P.S - Yes I cut my hair AT HOME - thanks to my multitalented loved one who rose to the occasion when I was in need of a chop chop.”

The couple would next be seen in the action-fantasy film written and directed by Ayan Mukerji. It has been backed by Karan Johar and stars  Amitabh Bachchan, Ranbir Kapoor, Alia Bhatt, Mouni Roy, and Akkineni Nagarjuna. The film which has been postponed a number of times, is as of now, scheduled to release in November or December 2021.