Sara and Kartik as Zoe and Veer will take you through their tricky path of love in Imtiaz Ali's Love Aaj Kal. 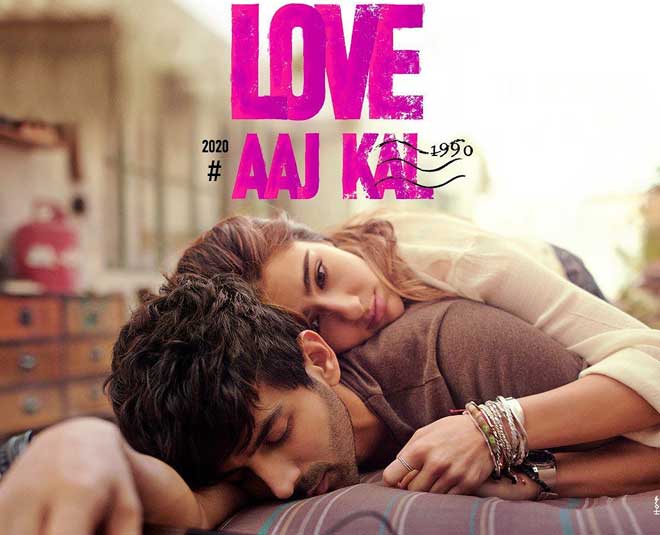 Sara Ali Khan shared the look on her Instagram handle with a caption that hints at the storyline. She wrote, "Meet Veer and Zoe Come get wound up in our whirlwind wonderland #LoveAajKal Trailer out tomorrow".

Sara and Kartik started shooting for the movie in March and Kartik shared the first glimpse of the characters Veer and Zoe. He captioned his beautiful picture with Sara, "Honoured to embark on a journey with my favourite Imtiaz Ali's next with Sara Ali Khan."

Have a look at the trailer here:

Finally, the wait is over and the trailer is out. So, this one is not a sequel to Love Aaj Kal that released back in 2009. In the trailer, Kartik can be seen playing the shy guy both in 1990 and 2020. Sara Ali Khan, on the other hand, can be seen as a career-oriented and independent woman. We can see things taking a turn when Zoe starts losing focus on her career. What we can say seeing the trailer is that the characters are trying to maintain a balance between their love life and personal lives. Arushi Sharma is the newbie who can be seen playing Kartik Aaryan's love interest back in 1990.

With this part of Love Aaj Kal, we will get to hear remixed versions of hit songs Aahun Aahun and Twist from the 2009 movie.

Viewers are loving the trailer and commenting on YouTube. One comment read, "Sara Kartik is the jodi everyone waited for to come onscreen, and finally its happening and it looks marvelous!! Imtiaz is BACK again with another brilliant film!! I can't wait 🙌❤❤." Looks like this is a treat for all Sara and Kartik fans. Another user wrote, "This jodi honestly has a different fanbase and the trailer looks so so so promising. Perfect. Never doubt on imtiaz ali's choice and his talent."

The poster mentions the years 1990 and 2020 and looks like the story would take us through romance and relationships then and now. For those who don't know, Saif Ali Khan and Deepika Padukone starrer Love Aaj Kal that released back in 2009 also had a similar storyline.

When Veera says "...Par yeh raasta, yeh bahut accha hai. Mein chahti hoon ki yeh raasta kabhi khatam na ho" This is what shooting with @imtiazaliofficial feels like. 66 days were wayyy too less. It's a wrap 😞 A film i never wanted to end ❤ Thank you to my dream director .. 🙏🏻😊 And couldn't have asked for a better saathi in this journey than Princess @saraalikhan95 👑 Want to work with you again and again and again 💓 Imtiaz Ali’s next with @saraalikhan95 and @RandeepHooda ‪Releasing on 14th Feb 2020. Presented by @officialjiocinema #DineshVijan @MaddockFilms, Imtiaz Ali & @reliance.entertainment @wearewsf

Sara and Kartik got really close as they shot for the movie. The two kept sharing a lot of pictures from their shoot and we all have been waiting to finally see them sharing the silver screen. This one really will be a special movie for all Sara and Kartik fans as they have been waiting to watch the two in one frame ever since Sara Ali Khan confessed her feelings on national television.