#VicKat New Home Is All About Royalty, Know Everything Special About The House

The newlyweds Katrina Kaif and Vicky Kaushal will soon be moving to this stunning new place in Mumbai. Find out what makes this house special. After their grand wedding celebrations in Rajasthan, Katrina Kaif and Vicky Kaushal just arrived in Mumbai. Now, they will soon be shifting to their new house in Juhu. It was previously believed that the couple had already moved into their new home, however upon their return from Rajasthan, they headed straight to their Andheri residence. They will, however, shortly shift to their new luxury home, which is absolutely stunning.

In addition, with Katrina Kaif and Vicky Kaushal moving to a new home, they will be neighbours with the celeb couple Anushka Sharma-Virat Kohli. The actress Anushka Sharma shared the information while congratulating the couple on social media. She also mentioned about the construction that has been currently happening at their house.

According to reports, Katrina Kaif and Vicky Kaushal will be moving to Worli's Omkar 1973, a luxurious residential property. Take a look at the lavish home where the lovebirds will soon be moving.

The Cost Of Katrina-Vicky New House 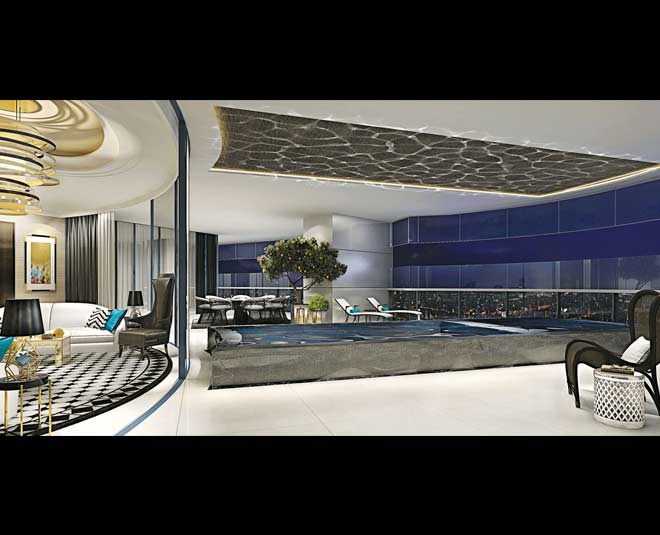 The newlyweds will soon be moving to a fancy three-tower building with a view of the sea. The price of a 4-bedroom apartment in this building with 2800 square feet of carpet area is Rs 12 crore, according to the Magic Brick property website. The cost of Katrina Kaif and Vicky Kaushal's apartment is estimated to be about Rs 15-20 crores, with the interiors likely to be more pricey.

Amenities In The Building 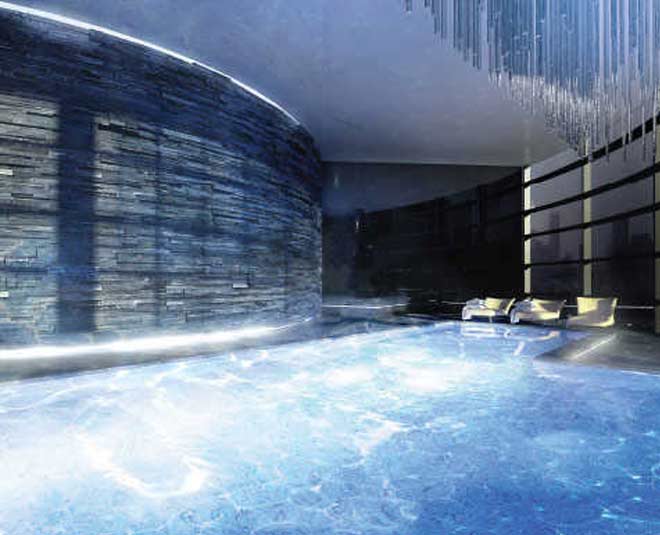 Any amenity you can imagine will be found here. Spa are among the main amenities, and they can be used with a charge. The property also has a stunning infinity pool that adds to the allure of the location. Such lavish pools are usually seen in 5-star hotels, resorts, or other luxury places.

Construction Has Been Ongoing

As previously stated, the couple's new luxury home has a view of the sea. Anushka Sharma revealed that a lot of work has been going on at the site to prepare the house over the last few days while congratulating the two. Anushka Sharma congratulated Vicky- Katrina on her social media, writing, "Congratulations to both you beautiful people! Wishing you guys a lifetime of togetherness, love and understanding." She also added, "Also glad you are finally married so that now you can move into your house soon and we can stop hearing construction sounds." 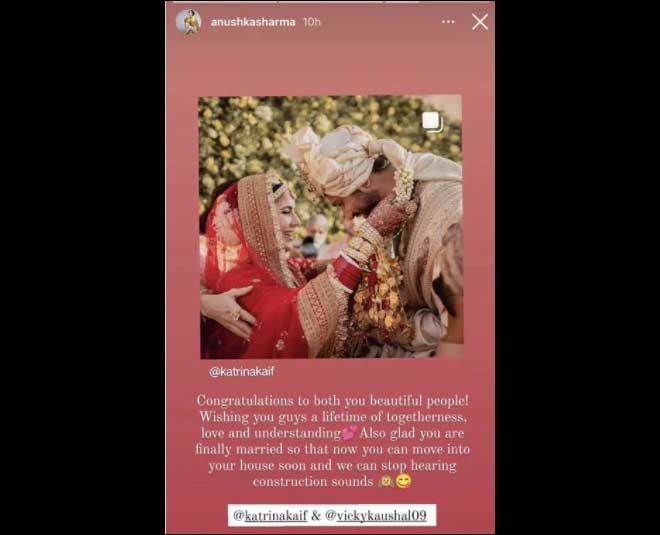 Anushka's apartment is reportedly built on an area of over 7,000 square feet and is on the 35th floor of the building. According to some reports, Vicky and Katrina will stay on the 8th floor.

Don't miss: Katrina Kaif And Vicky Kaushal Clicked Together For The First Time Ever After Marriage

The couple, Katrina Kaif-Vicky Kaushal will reportedly become neighbours to Virat Kohli and Anushka Sharma as they too have home in the same residence. According to reports, the star couple lives in a Rs 34 crore house. Their home is on the 35th floor and has a total area of 7,171 square feet. There are four bedrooms in the house, as well as a private terrace, a garden area, and a small gym. However, the uninterrupted view of the Arabian Sea and a bird's-eye view of Mumbai are the highlights of Virushka's house.

We're hoping Katrina and Vicky will offer their fans a tour of their lavish new home soon once they've moved in. We're very excited to see their new journey together as wife-husband.

If you liked this article, please share it, and stay tuned to HerZindagi for more Bollywood news.