Kareena Kapoor Khan is holidaying at the Maldives with her husband Saif Ali Khan and sons - Taimur and Jeh.

Kareena Kapoor Khan became a mother for the second time after Taimur on 21st February 2021. She was quite open while sharing pictures of her first child but this time she chose to keep things private, from her son’s face to his photograph, nothing was revealed. However, a fan page of Kareena Kapoor Khan managed to get a picture of her son Jeh and it went viral.

Kareena Kapoor and Saif Ali Khan’s first son, Taimur was born on 20 December 2016 and his pictures started to float on the internet on the same day. However, she chose to keep her second son's life private, maybe because Taimur had to face a lot of trolling as well as was disturbed by paps on several occasions or maybe just because of the ongoing pandemic.

We don’t know about the reason behind her privacy but we do know that fans have been eagerly waiting to see little Jeh’s photographs. And we all got the chance when a fan page called ‘therealkareenakapoor’ on Instagram shared a picture of Kareena Kapoor with her little bundle of joy as a way to promote her new book, ‘The Pregnancy Bible’. 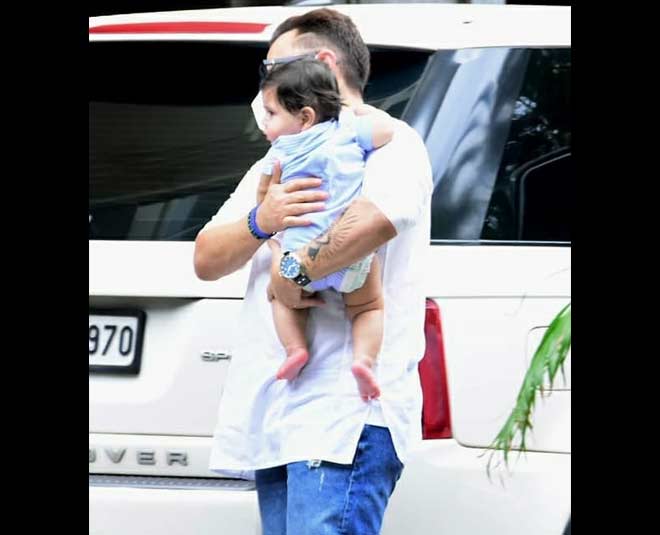 Paps also got a glimpse of little Jeh as he was headed out in the arms of Saif while Kareena seemed to be happy and waved at everybody. Although, the face wasn't fully visible but we fell in love with the little munchkin.

However, recently, on the occasion of Saif Ali Khan's birthday, the family went for a vacay and Bebo shared another picture starring the little one. In this picture from their holiday in the Maldives, we see Kareena Kapoor, Saif Ali Khan, Taimur Ali Khan, and little Jeh. She captioned the picture, "Happy Birthday to the love of my life... To eternity and beyond with you is all I want."

Bollywood divas' new book was launched recently and the controversies have already started to surface because of the title of the book. But the thing that caught everyone’s attention is Kareena Kapoor’s images with her younger son, Jeh. The photo from the book was accompanied by a note of dedication by Kareena that read, “To the most handsome men in my life, my strength, my world - Saifu, Taimur and Jeh." 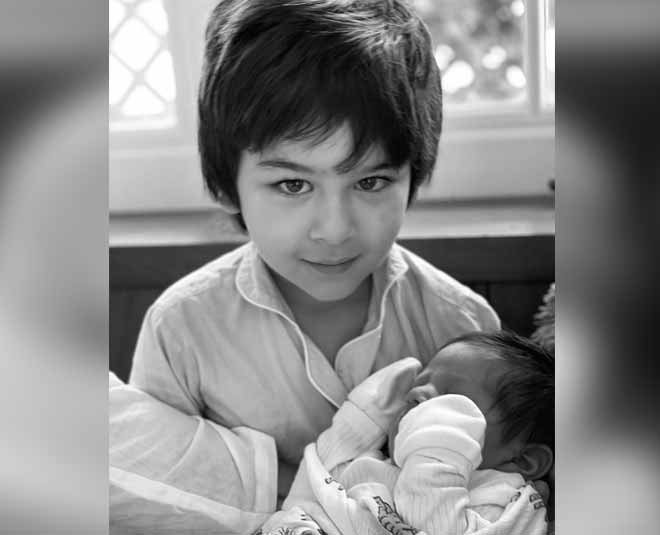 As soon as this picture started surfacing the internet, people started to compare the two brothers and said that Jeh is as cute as his elder brother Taimur (here is what Kareen Kapoor has to say about Taimur's future). People also said that the two look very much alike.

Don't Miss: Disha And Rahul's Pics From Mehendi Go Viral, All You Need To Know About The Couple's Honeymoon Plans 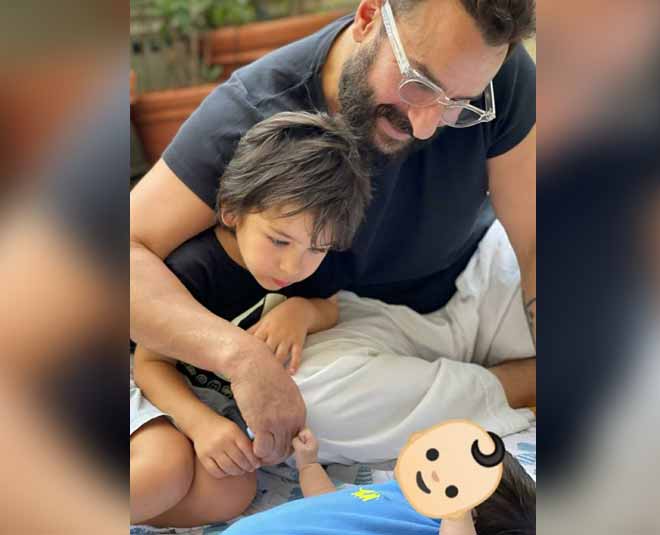 Earlier, Kareena Kapoor Khan (Kareen and saif's younger son's name) not only chose to keep her younger son’s photos private but also didn’t reveal his name to the public until recently. Some time back, grandfather, Randhir Kapoor made a name announcement to PTI as he said, “Yes, Kareena and Saif’s son has been named Jeh.” He also added that the two came to this decision only a few days ago and are quite happy with it.

Fans were eagerly waiting to see the little one's face and were anticipating his look. Now, when his photos with mother Kareena Kapoor have gone viral, we all know that Jeh looks just like his elder brother, Taimur Ali Khan. For more such stories, stay tuned to HerZindagi.