Amrita Arora treated us with some unseen pictures from her wedding album yesterday. Have a look at some priceless photos here. 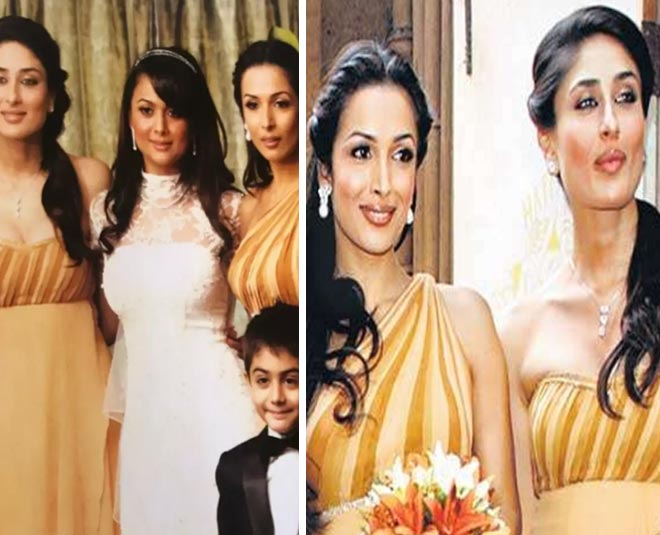 There is a reason why we all love throwback pictures! They take us back down the memory lane and make us cherish the good old days. Thanks to Amrita Arora who treated us with some unseen, priceless pictures from her wedding album. Amrita Arora celebrated 11 years of married life with her husband Shakeel Ladak yesterday. Bollywood actress Amrita Arora got tied the knot with businessman Shakeel Ladak in the year 2009.

On the occasion, Amrita Arora took to her Instagram and shared some rare, unseen photos from her wedding. Dressed as a beautiful Christian bride, Amrita Arora looked stunning on her D-day. She shared a picture with her husband and captioned it, "What was, still is! 11 years and a whole lotta more to go. Happppy anniversary @shaklad #wegotthisbaby."

Don't Miss: Do You Know Why Kareena Kapoor And Shahid Kapoor Broke Up? Deets Inside

Looks like all the bridesmaids decided to dress in yellow. Bebo can be seen dressed in a strapless yellow gown and Amrita's sister Malaika Arora can be seen in a single shoulder yellow dress. Malaika Arora's little boy, Arhaan Khan can also be seen posing in the picture. For those who don't know, Malaika, Amrita, Kareena, and Karisma share a great bond. They are often spotted chilling together. Especially, Amrita Arora and Kareena Kapoor, they are BFFs for years now. When Amrita Arora was invited to Kareena's radio show, she talked about their friendship. She said, “It spanned 15-20 years almost. I think, basically, we are twin souls. We think alike, we have similar taste, whether in our dressing or the way we talk. There’s also a very fierce yet loyal, silly, humble, girly side to us that never leaves the woman in us… There is a similar strain of things that you don’t find in too many people, where so many boxes are ticked with the similarities.” Arpita Khan looks unrecognisable in this picture from Amrita Arora's wedding day. She can be seen wearing a similar yellow dress for the big day. 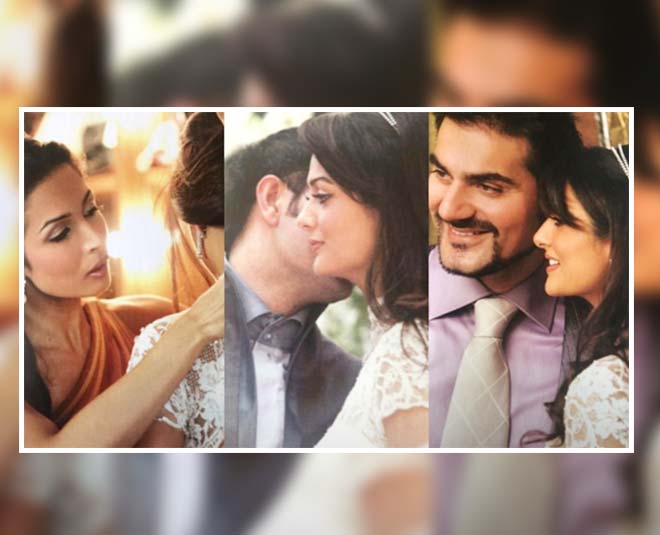 One of the pictures Amrita Arora shared also had Malaika's ex-husband Arbaaz Khan. In another picture, Malaika can be seen fixing her veil. How beautiful does the sister duo look? Amrita and Shakeel are parents to two sons - Azaan and Rayaan.

On the work front, Amrita Arora is missing from the silver screen for a long time now. Amrita's sister Malaika was last seen as one of the judges on dance reality show, India's Best Dancer. She recently tested coronavirus positive and has now recovered. On the other hand, Kareena Kapoor was last seen in Good Newwz. She will next be seen in Laal Singh Chaddha opposite Aamir Khan. For more such fun throwbacks, stay tuned to HerZindagi.com