Becoming parents is one of the most emotional moments for anyone. It is a roller coaster ride for any couple when they take their little one in their arms for the first time. Karan Patel and Ankita Bhargava who have been enjoying parenthood for a few months have been making the most of it. Karan and Ankita were blessed with a baby girl on 14th December 2019. Its been seven months and the two are loving being parents to their little girl. Karan and Ankita announced the arrival of their baby girl with a cube poster that read, "IT'S A GIRL! & we call her... Mehr Karan Patel Loving Parents, Ankita & Karan Patel" written on it. Karan and Ankita had captioned it as “All your blessings made our world beautiful, a heartfelt thankyou to all our well wishers .... #RabbDiMehr.”

Few months after becoming a mother, Ankita Bhargava shared a picture with her little girl and talked about how motherhood has changed her. She captioned the picture, "They say Motherhood changes You! ❤️ Now I understand that it does!🤱 I dunno if it’s plain hormonal or due to increased Oxytocin and Dopamine levels in the brain but I feel more confident after becoming a mother...

🌸Confident about My Body (In this very Shape) It’s acceptable and I don’t beat myself up for how my body has changed Co’s my body literally manufactured/Manifested The Love that @karan9198 and I have for eachother ! 👨‍👩‍👧👩‍❤️‍👨

🌸Confident about knowing when to stop fueling a useless conversation and wasting my time,I feel I have much more important things to do (for which I must save all my energy)

🌸Confident about my capabilities as a Mother,Cos I had always told Karan while I was pregnant that I really dunno how I’m gonna manage it all I don’t think i have it in me! But today I know that I AM DOIN A DAMN GOOD JOB (Pat on my back and a pat and big hug to all new mothers out there who are doin their best night and day)

Trust me... We need this appreciation! And nothing is better than Self Love and Self Appreciation ! ❤️

🌸Confident about learning new things (Without an iota of self doubt) that I have never ever experienced before and doing them with my own flair!

Motherhood is a journey and all of us are on the right path... There is no wrong no this no that..

It’s all a learning and we are all doing the best and better than anyone else for our little ones!

And I make it a point to enjoy each and every moment and never crib about anything coz this time,this very phase will never come back again!

When God Gifts you what you had once lost... There can be no Complaints! 👼 Here’s to #motherhood 🍻🥂."

Don't Miss: How To Get Back To Work After Pregnancy Leave

Ankita Bhargava's inspiring note is a must-read for every mother-to-be. Yes, pregnancy is not an easy phase but embracing each step of this journey surely makes you feel good about everything happening around. Also, there are a lot of struggles a new mother has to pass through but the confidence motherhood brings along changes the way you look at life.

On the other hand, Karan Patel said that fatherhood can't be explained. He shared that fathers aren't very expressive about their feelings. Fathers have tremendous love for their children but they are unable to explain it to them.

When Karan Patel Was Asked To Cut The Umbilical Cord 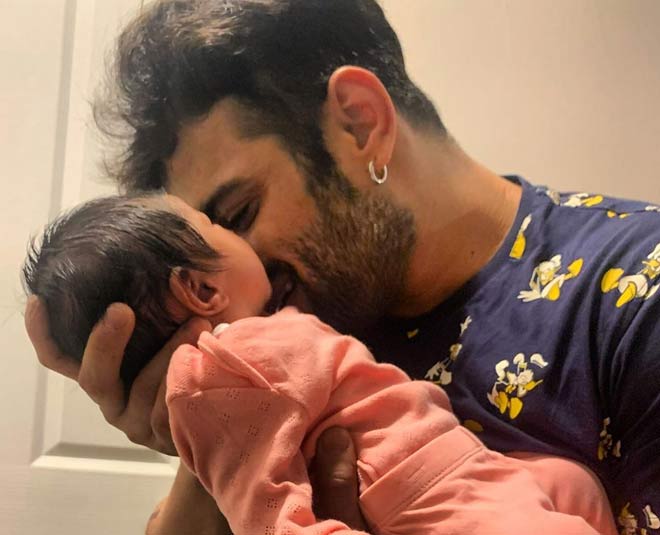 In an interview, Karan Patel talked about cutting the umbilical cord of his baby Mehr. He said that he was shivering and crying when it happened. Karan Patel said, "Life ki sabse sukoon waali feeling hai.. to see your child, your daughter sleeping, playing whatever she is doing. That's the most peaceful sight in the world. I cried hard yaar. And secondly, when it was time to cut the umbilical cord, I was shivering. I cried very badly. She is too small to understand who she is close to - Ankita or me. She has now properly started reacting to everything and recognising faces. But I am sure girls are always close to their fathers, and Mehr would be no exception." 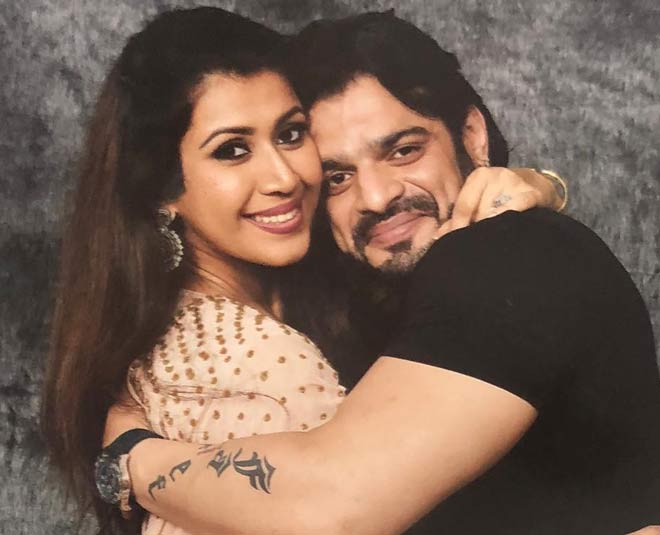 Karan Patel's wife Ankita Bhargava is often trolled on social media for no reason. Recently, husband Karan Patel gave a befitting reply to the haters. In an interview with ETimes, he said, "As a partner, I will always stand by Ankita no matter what. Even if the entire world is against her, I am not going to leave her side. Jisko aana hai aajaye. I am going to stand not beside but in front of her." He further shared how Ankita deals with it and said, "The point is here but when you let the third person or people who don't matter make such a big difference to you, then it is a win for them. They are a kind of people who like doing such disgusting things and when you start reacting to them, it means you have made them win. There's no bigger slap on their face than ignoring them. Because you are a celebrity and have achieved, done something in life, that's why these losers who have done nothing in life like to trouble you. I simply believe in one thing 'Jab haathi chale hazar toh ku**e bhuake bazaar'. They are not worth it so why waste time on them."

Karan Patel and Ankita Bhargava got married in the year 2015. The two are enjoying parenthood with their little girl Mehr. Isn't this family super cute? Share your thoughts with us! For more stories around television celebrities, stay tuned to HerZindagi.