The wedding was an intimate affair in the presence of close family and friends. 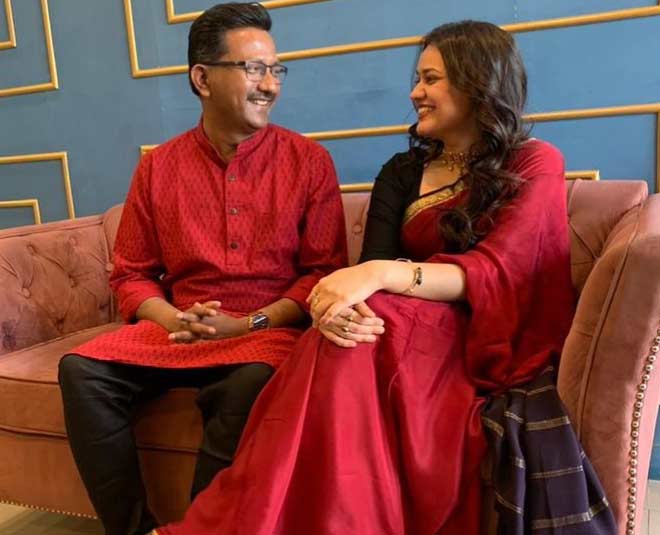 On the work front, Tina Dabi is currently the Joint Secretary, Finance (Taxation) Department in Jaipur and Dr. Pradeep Gawande is a 2013 batch IAS officer, Director of Archaeology and Museum Department, Jaipur.

As soon as Tina Dabi had announced her second marriage on social media, netizens flooded it with comments and their reactions to her decision.

IAS Pradeep Gawande and Tina Dabi have a 13-year age gap and a lot of users started commenting on the age gap. A user tweeted, "Age is no barrier in love. IAS Pradeep Ganwade is 13 years senior to #TinaDabi. Many congratulations to Tina, a youth icon, and best wishes for a new innings." 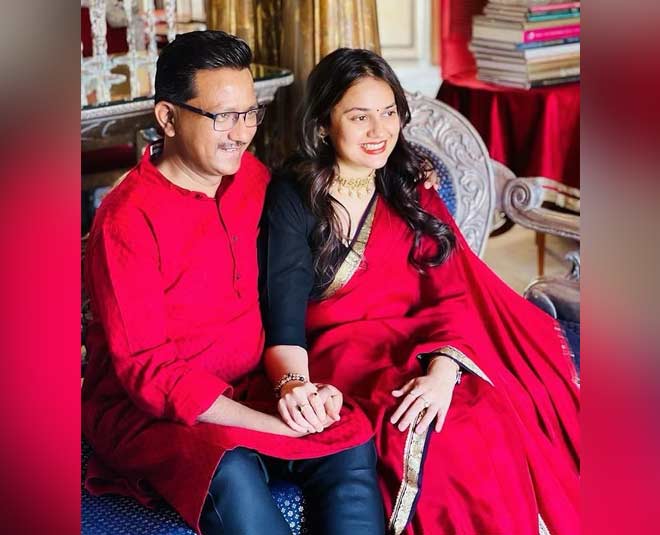 Others appreciated her for making a good decision. A user wrote, "She finally made a well-thought decision. One should never hurry into marriage/ relationship and regret later She deserves all the happiness in life❤️."

#breaking :
UPSC Topper #tinadabi remarried to Dr #pradeepgawande 13yrs older.
I wish for their love and successful life ahead 😻 pic.twitter.com/hL30mWM3Bk

Many also slammed Tina Dabi for getting divorced and then remarrying on social media. However, many were quick to come in support. A Twitter user wrote, "Don't understand why a divorce and remarry thing is getting so much hyped Our society and the thinking will never change #TinaDabi."

Don't Miss: IAS Topper Tina Dabi Sets Temperature Soaring On Social Media With Wink, Here Are Others Who Did It Too

IAS Tina Dabi had earlier made headlines for her marriage with IAS Athar Aamir-ul-Shafi Khan in the year 2018. Their relationship took the internet by storm for multiple reasons.

Soon after they made their relationship public, society started to speak against it. Their union was termed as 'love-jihad'. However, this didn't affect their relationship. Two years later, they got married in Jammu and Kashmir's Pahalgam which had senior politicians, bureaucrats, and even Vice President M Venkaiah Naidu in attendance.

However, things didn't go well between the two after marriage. In the year 2020, the couple called it quits and filed for divorce. It came to public notice when Tina Dabi removed 'Khan' from her surname on her social media accounts and Athar Khan had unfollowed her on her Instagram handle. Their divorce was finalised with mutual consent in 2021.