Vikram Vedha trailer out. Hrithik Roshan and Saif Ali Khan come together for the first time in a film. It is set to release on September 30.

The epic confrontation between Khan's Vikram, a moralistic cop, and Roshan's Vedha, a renowned gangster, is there in the Vikram Vedha trailer. Their epic face-off raises existential questions like: What if both good and bad are ultimately wrong?

Beginning with actor Vijay Raaz's voiceover, the 2.30-minute trailer introduces viewers to the lives of Vikram and Vedha, two completely different people, who seem to share much more in common than they like.

The film is set in Uttar Pradesh, and the trailer depicts the lives of the protagonists as they struggle with moral decisions, obligations, and the notion of standing by the rules of law. The actor Radhika Apte is also in the Vikram Vedha teaser; she seems to be the story's moral compass. The Vikram Vedha crew gave a trailer preview for fans on Wednesday in Mumbai, with actors Saif Ali Khan, Bhushan Kumar, and Pushkar-Gayathri in attendance.

Vikram Vedha follows the story of a cop, who is on a hunt to nab a gangster. Things take a turn when the gangster voluntarily surrenders himself and tells the officer his back story that challenges his perceptions of good and evil. The film is one of the most anticipated ones of 2022, as it brings together two of Hindi cinema’s biggest stars. 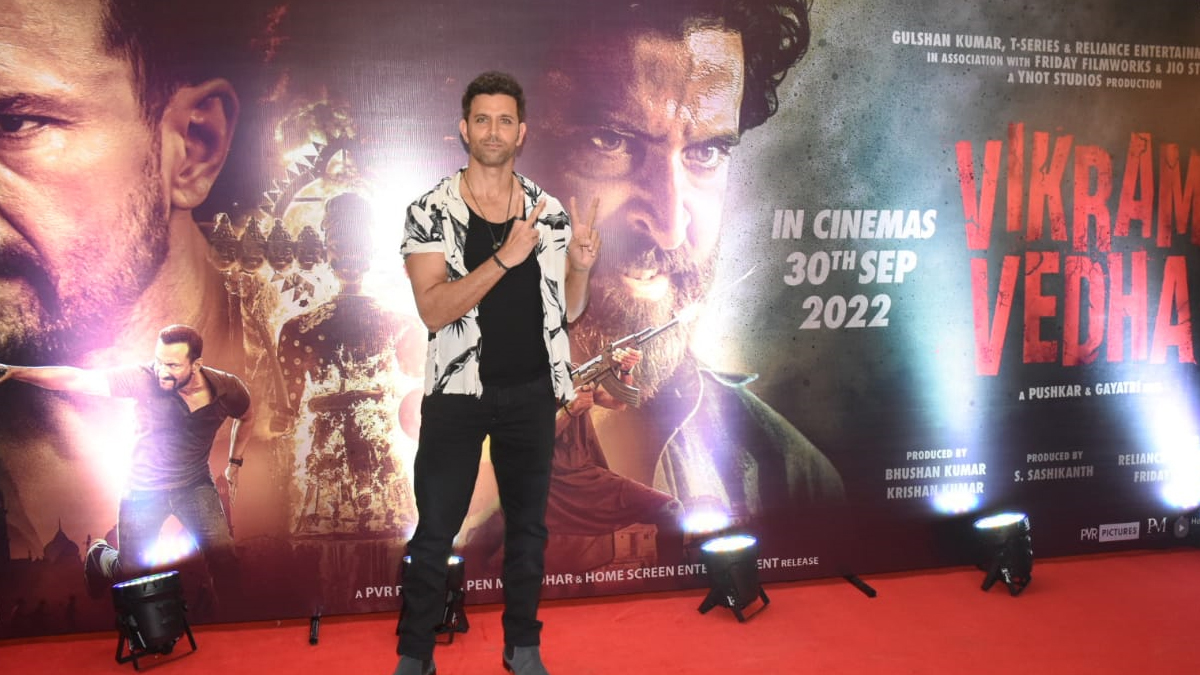 Roshan attended the launch event in a comfy cool outfit. He was seen wearing a leaf print shirt with black trousers 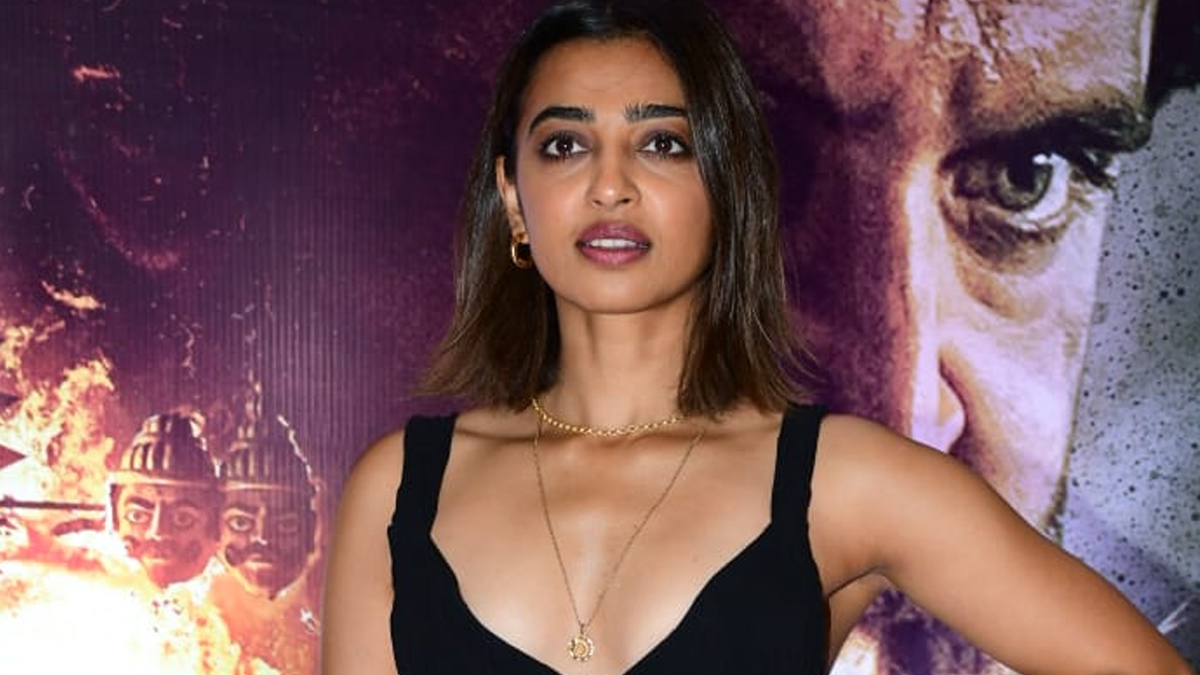 Apte was seen wearing a black plunged bralette with flared black pants. She styled the outfit with black heels and a layered chain. 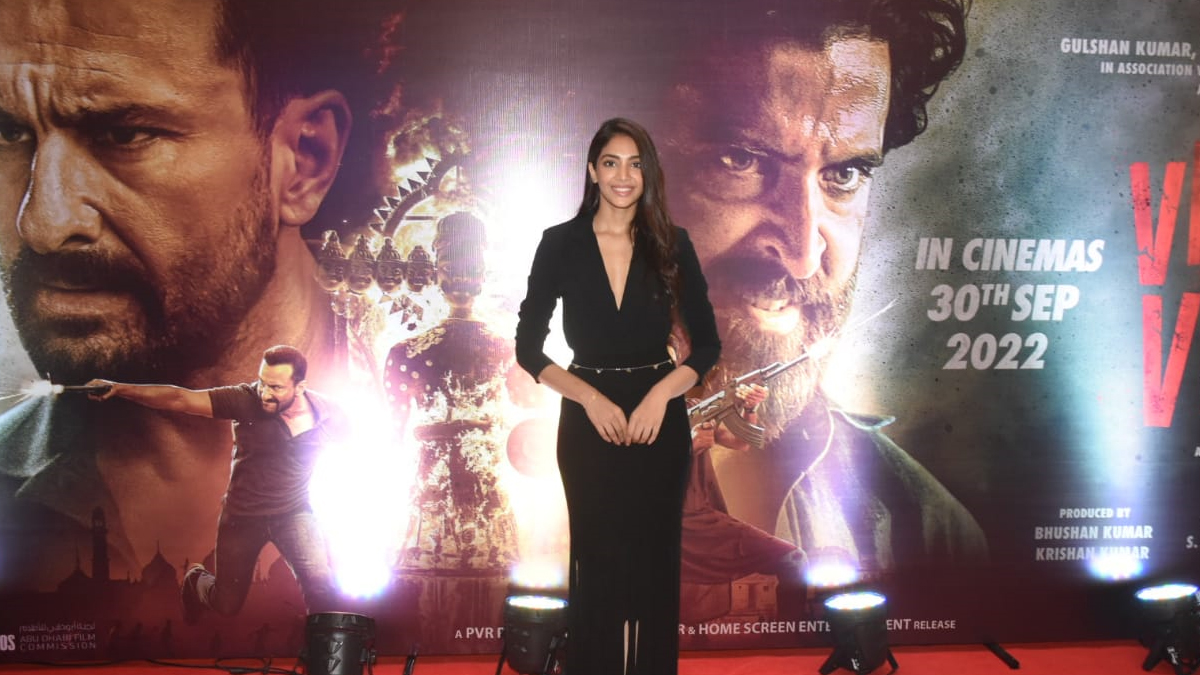 Bihani was also seen wearing a black outfit. She completed the outfit with black heels and a silver chain at the waist. 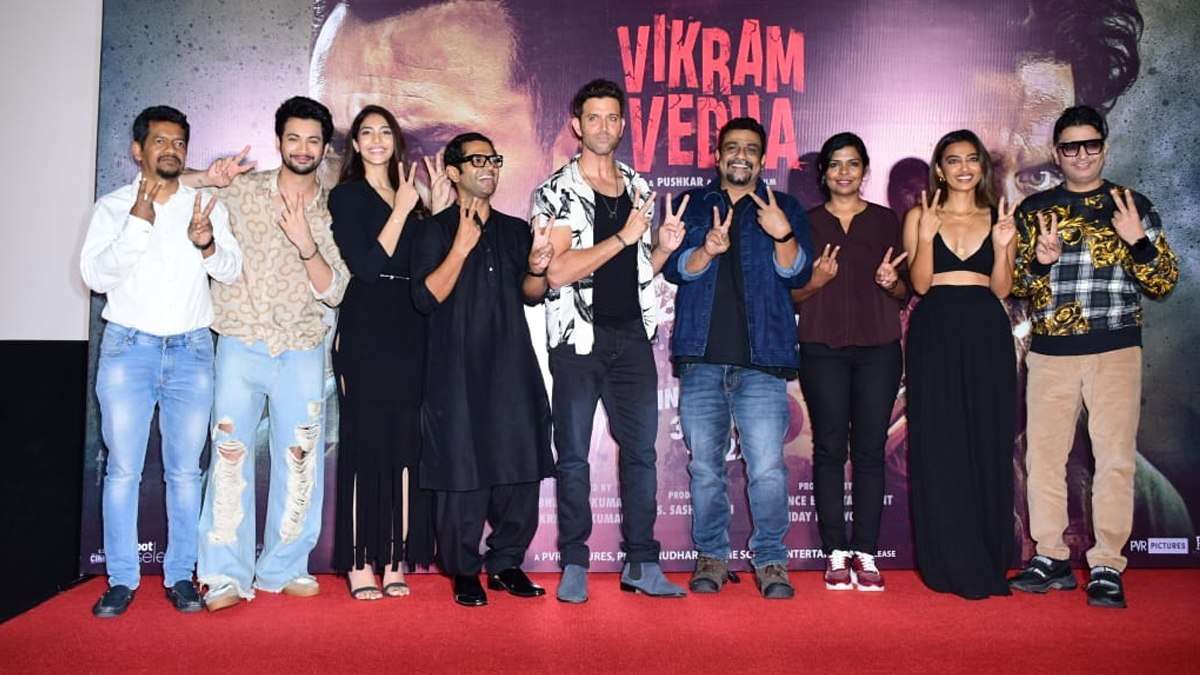