When it comes to festivals, Taimur knows how to do celebrate every occasion in the cutest way possible. Read on check out how he marked Ganesh Chaturt... 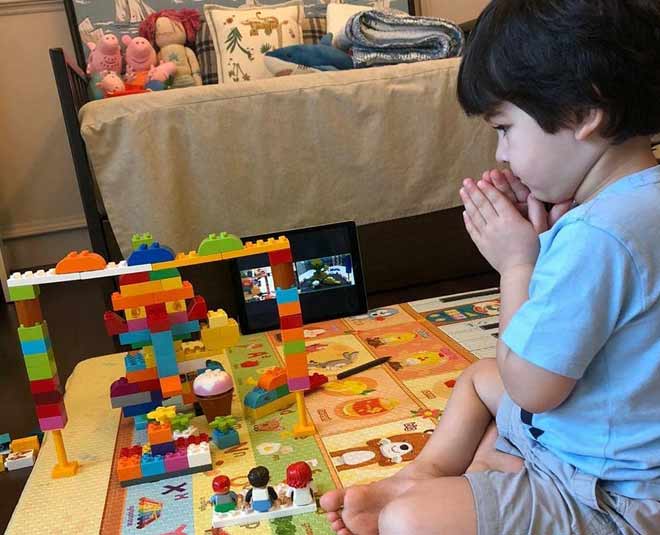 Ganesh Chaturthi is celebrated with great pomp and show in most part of the country, especially in Maharashtra. The festival is observed by almost each and every Bollywood celebrity, besides their different religion or faith. Due to the coronavirus pandemic, this year things are being done slightly differently, but there is no lack of enthusiasm to mark the birth of Lord Ganesha. Speaking of different, Saif and Kareena are known to amaze their fans, sometimes with sweet snapshots, and other times with happy news like Bebo being pregnant again! Seems like their son, Taimur Ali Khan is following their footsteps, that too with added cuteness.

Little munchkin came up with an innovative idea to celebrate Vinayaka Chaturthi. In a picture uploaded by his mother, Kareena on her official IG profile, Taimur can be seen sitting with cross-legged and with folded hands in front of a Lego Ganesha. He made the colourful Ganpati himself. Alongside the adorable snap, the actress wrote, “Ganpati celebrations might be a little different this year... But Tim made sure the festival was on point by making a beautiful lego Ganeshji for us. Wishing you all a very happy Ganesh Chaturthi. Praying for peace, everyone's health and safety.” 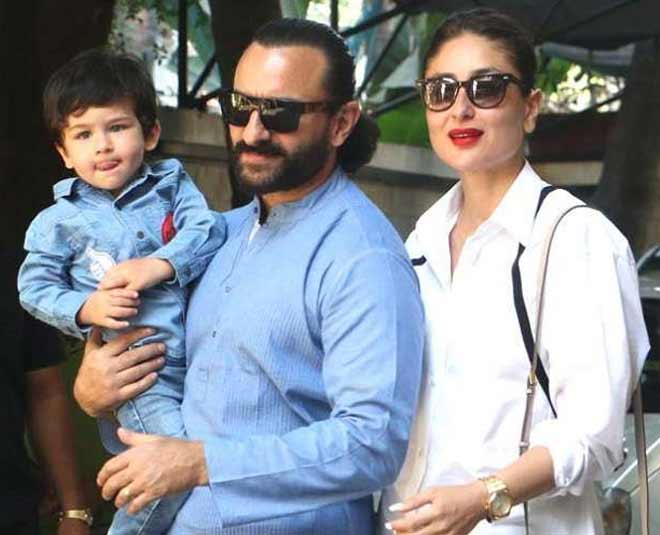 The second picture of the same post features a much closer snap of the Ganpati built by the 3-year-old. The post is garnering much love on the social media platform. Kareena's elder sister and Taimur’s aunty, Karisma Kapoor commented, “This is so lovely.” Other celebrities like ace designer Manish Malhotra, Riddhima Kapoor Sahni, actor Sanjay Kapoor’s wife Maheep, and actor Amrita Arora showered their affection by dropping black heart emojis in the comment box.

Other than this, the last time we checked the post, it received around 392,621 likes and several comments. Kareena fans can’t seem to get enough of the little boy. Expressing their love, many called Taimur “cute,” others wished him and his family a very happy and prosperous Ganesh Chaturthi. 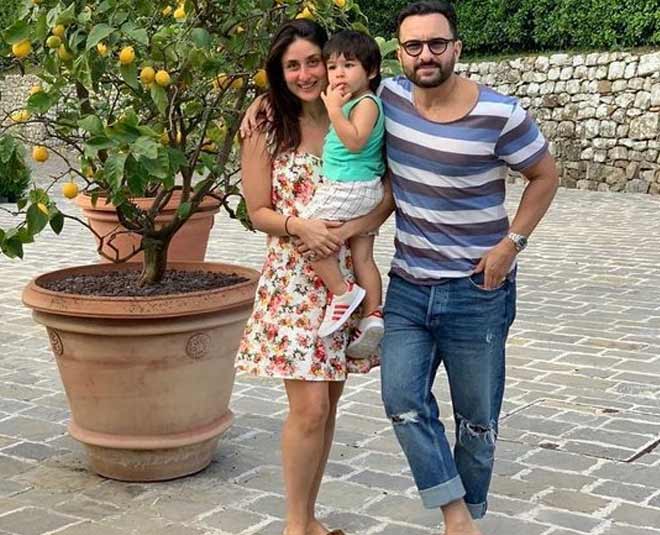 Don't Miss: How Will Ganesh Chaturthi 2020 Affect All The Zodiac Signs? Here Is Your Prediction

When it comes to distinct ways to observing festivals, there are a few other celebs too, who are impressing everyone with their unique take on Ganesh Chaturthi amid coronavirus. Rajkumar Rao uploaded a pic on Instagram, wherein he can be seen with a cute, homemade Bappa, which he made using flour and turmeric. “Happy Ganesh Chaturthi everyone. Homemade Ganpati with wheat flour and turmeric. It’s such an amazing feeling to make our own Ganpati at home this year. Sending prayers and peace. #EcoFriendlyGanpati. Ganpati Bappa Morya,” he wrote alongside the snap.

Happy Ganesh Chaturthi everyone. Home made Ganpati with wheat flour and turmeric. It’s such an amazing feeling to make our own Ganpati at home this year. Sending prayers and peace. #EcoFriendlyGanpati. Ganpati Bappa Morya

Coming back to the Pataudi family, it seems like Saif and Kareena’s son loves celebrating festivals. On the occasion of the 74th Independence Day a week ago, Bebo shared a picture of his little one holding two small Indian flags. Clad in a traditional kurta pajama, Taimur looked absolutely cute in the monochromatic snap. “Freedom in our minds, faith in our words and pride in our souls... #HappyIndependenceDay,” she captioned the post. Not only this, sometime later, the 39-year-old actress also shared a clip of her son waving the Tricolour, with the National Anthem, Jana Gana Mana, playing in the background.

A few weeks ago, the sweet couple confirmed that they were expecting another child by issuing a statement that said “We are very pleased to announce that we are expecting an addition to our family!! Thank you to all our well-wishers for all their love and support.”

On the work front, Kareena was last seen in late actor Irrfan Khan-starrer Angrezi Medium. She will also be seen in Aamir Khan’s Laal Singh Chaddha. The shoot of the film halted because of the coronavirus pandemic. Whereas, Saif Ali Khan's last project was with late star Sushant Singh Rajput in Dil Bechara. He did a cameo appearance in the movie. He will be next seen in Bunty Aur Babli 2 and Bhoot Police.