Here Is How Common Slangs Changed From Millennials To Gen Z

Witness the journey of how millennial cool slangs changed to GenZ cool slangs.

Are you a 90's baby who was a young adult a decade ago? Reaching adulthood is already overwhelming but witnessing the change in our common slang makes us even more emotional. With the growing Gen Z generation, we witnessed many millennial slangs getting renamed. If you're a millennial, look at what your common slangs are called now by this new generation. And if you're a gen Z, have a look at what was cool before you.

The Slang Shift From Millennials To GenZ Something that amazes or just hits all of the senses was called Dope. Among the gen Z, it's called On Point or Fleek.

To put emphasis on something, As Hell was used. Now instead of that, AF is commonly used.

Spilling gossip, which was once called Goss, now is called Tea. The common reaction for something shocking or surprising was OMG. The more popular term used by gen Z is Shook. And I am shook!

Don't miss: Check Out These Highlights Of Millennial Fashion And How To Add It To Your Wardrobe

While complimenting our bestie, millennials used "you look bomb, babe", the new generation goes like, "you're looking snacc".

Millenial's Carpe Diem which means living in the moment is now gen Z's YOLO (you only live once).

Millennials called a very very average person as Normie. GenZ uses a very basic word for them, that is Basic.

Something so good that it was unbelievable, the millennials called it RAD, while gen Z uses the word Sick.

Fangirling over someone, mostly on Celebs was called Fangirling, which is now called Stan. 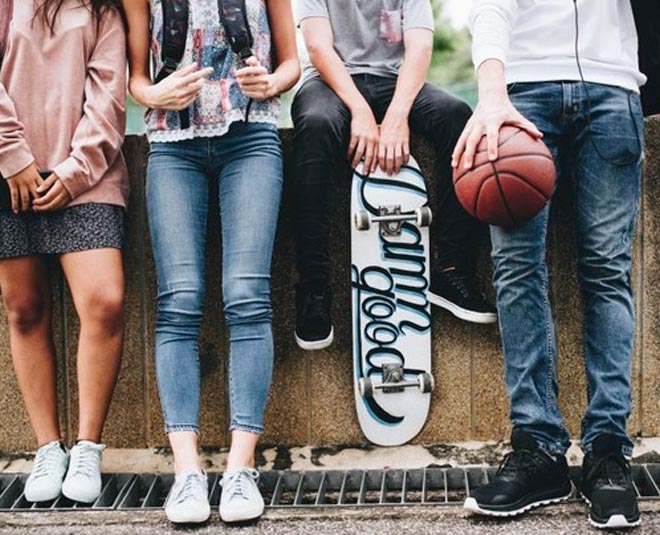 The term given to super best friends was BFF's by the millennials but generation Z uses Squad instead.

A calm state of mind, which was once Cool, is now Chill.

Fangirling over your favourite couple which is now called OTP(one true pair), was earlier Ship.

Lusty is now thirsty which is used to refer to the desire for someone who is exceptionally attractive.

The A-rated conversations done between lovers were called Dirty Talks which is now called Sexting.

Nickname for your love interest by millenials was commonly Boo. Now, it is BAE, whose expansion is Before Anyone Else.

Dismissing something that you dislike was earlier called Chuck it. It's now called Cancelled.

The reaction after finding something extremely hilarious was earlier ROFL, which is now DED.

The one over the top friend from the group whom millennials called Sassy will now be called SAVAGE!

Let's see how long it takes for Gen Alpha to grow up enough and start their own slang, leaving Gen Z behind. Can't wait to see what they will bring to the table.

What do you think about the slang shift? Which term is your favourite among these? Tell us on our Facebook Page.

For more such interesting stories, stay tuned to HerZindagi!