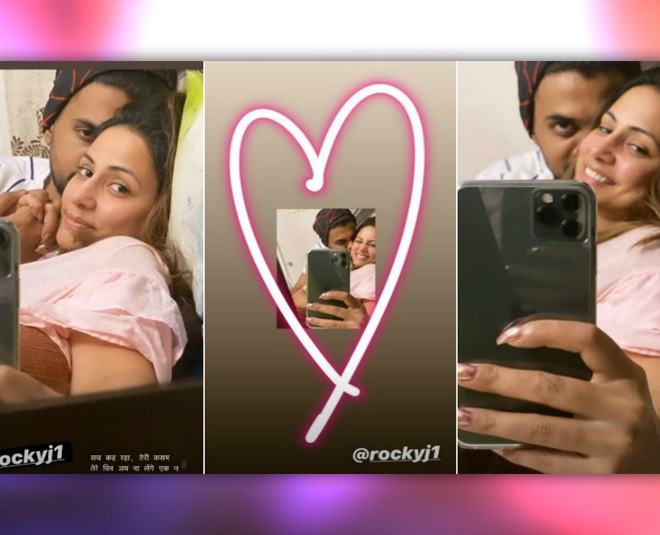 Hina Khan and Rocky Jaiswal are one celebrity couple admire. The two are one of the most talked-about couples in the telly world! For all those who follow the two closely know that the two are so much in love and spend a lot of time together, taking out time from their busy schedules.

Hina and Rocky are very active on their social media handles and never shy away from showing off their love for each other.

Recently, Hina Khan took to her Instagram handle and posted some mirror selfies with boyfriend Rocky Jaiswal. Hina and Rocky were spending some quality time together and thanks to social media that we got a glimpse of it as Hina shared these mushy photos on her Instagram story.

Hina posted these pictures with a beautiful song Tujhe kitna chahne lage hum from the movie Kabir Singh. Hina and Rocky looked so beautiful together in these mirrorfies.

For all those who don't know, Hina Khan and Rocky Jaiswal met on the set of the show Yeh Rishta Kya Kehlata Hai. Rocky was the producer of the show while Hina played Akshara on the show. With time, they became friends and their friendship soon turned into love.

The entire story came forth when Hina Khan was inside the Bigg Boss house. Rocky Jaiswal proposed Hina on national television. Hina was surprised seeing Rocky on show and proposing her. In an interview, she said,  “It was kinda sweet surprise for me as well. I wasn't prepared for it and neither was it planned. It just happened. I usually don't talk about my personal life but over there, you become so overwhelmed. The moment I saw him I could not control myself and when he kind of, it was not a proposal, we were in love before as well but the way he said it, I could not hold back and said it back, I love you too. It was sweet. I will always remember and cherish that moment.”

Let's take you through some adorable pictures of Hina Khan and her partner Rocky Jaiswal. 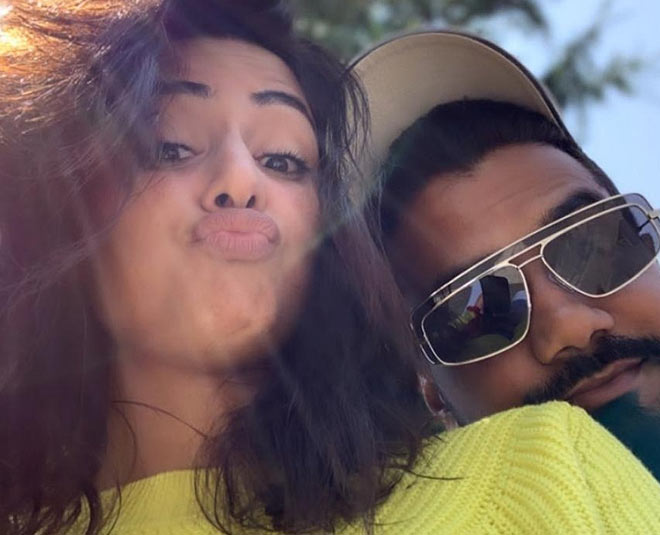 How adorable do these two look in this sunkissed selfie? 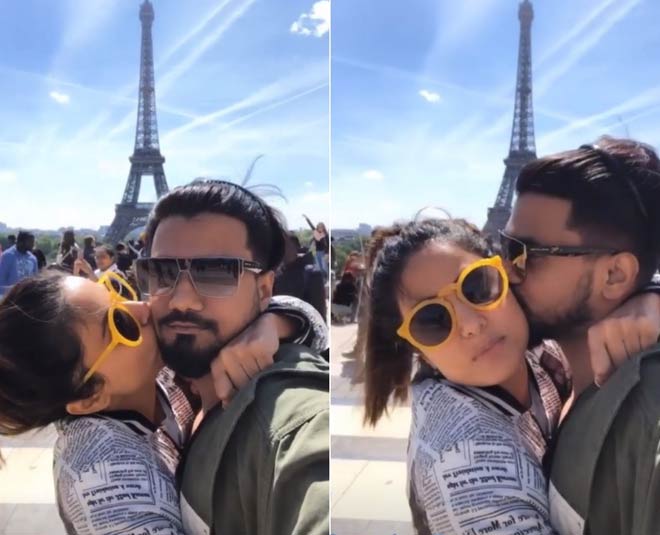 Hina Khan and Rocky Jaiswal had a fun time in Paris after Hina's big debut at the Cannes red carpet this year. 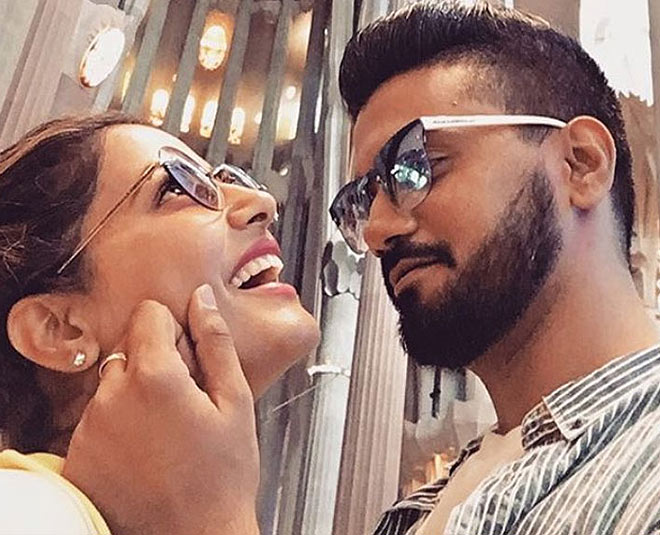 Talking about Hina Khan in one of the interviews, Rocky shared what he likes the most about Hina. He said, “We met on the sets of Yeh Rishta Kya Kehlata Hai for the first time where I was the supervising producer and she was playing the lead role. That's how we met. As for what attracted me to her was her dedication to her work. I have seen a lot of actors, but she is one of the smartest of the lot.”

There were earlier rumours that the two are planning to tie the knot. However, the couple cleared the air and shared that they aren't planning it anytime before 3 years.

On the work front, Hina is shooting for Vikram Bhatt's next movie, Hacked. This will be her debut in Bollywood. Hina was last seen on Ekta Kapoor's show Kasautii Zindagii Kay 2 where she played Komolika. It has been a great year for Hina. She also made her grand Cannes debut earlier this year.