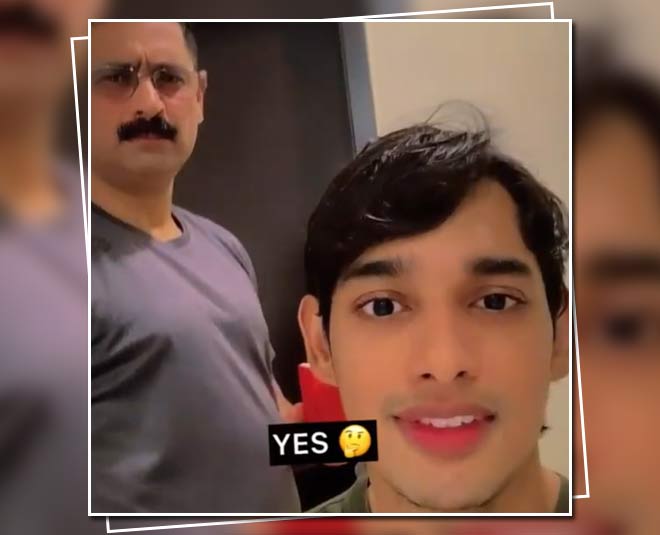 The Global Gay Pride Month 2021 has begun as it is the month of June which has started seeing a lot of celebration across almost all countries where being queer is no more illegal and accepted with open arms. But in India, we are accepting it slowly however we have a long way to go as we sadly have many homophobic. Here is a father-son duo who are a great example as to what the actual scenario should be!

Anish Bhagatt, a social media influencer, has been sharing a few clips on his Instagram, capturing how his father from the Indian Army background has been extremely supportive of him.

Anish shared videos of his father's reactions when he came out of the closet to tell his dad that he is gay.

From proudly saying "Yasss Queen" with the clicks to wishing him a best of luck on dealing with men, this Army dad is sure to gain his own followers just for being so cool with it in a country where we desperately need more open-minded parents and folks.

Somebody's sexual preferences is in fact none of our business but yet we judge and love to comment and interfere. Homophobia is major in a country where we have carvings on ancient temples proving that we have become regressive now but it was the opposite then!

If you are supportive and want to support those who have come out of the closet and shared out loud that they are gay then here is how you can go about it.

The first step is to accept the fact that they are gay and show them that they very much needed just like all other souls. Given them the much-needed love and make them understand that their presence is important no matter who they are or what they like.

Yes, it is great to support your known but it is also very important to educate yourself properly about the LGBTQ community. It is possible that half-baked knowledge that you have may end up hurting someone since you have your facts wrong.

Don't Miss: If A Man Wants To Be A Queen, Let Him Be One!

When your friend shares with you about his sexual identity,  be open-minded and do not judge. Just like friends are supposed to be, accept them, hug them and let them understand that you are supportive of them and their decision.

Now, this point is very important as we tend to make a mistake here a number of times. It is crucial that you ask your friend how they would like to be addressed. The particular pronoun is very important.  Some like being addressed with his/her/their or he/she/they but some may even choose to be gender-neutral. Therefore, ask!

To be an honest supporter and show it to your friend that you are there for them and with them, keep it normal. Make plans like you always did, hang out like always and go on dinners and outings with other friends and your queer friend being a part of it. Treat them as equals!

Stay tuned to HerZindagi for more on the LGBTQ Community and show your support to them with all your heart.