Reliving Gadar With Some Old Memories Down The Lane

Gadar: Ek Prem Katha, the movie brings chills to our veins even today. With over 20 years of its first release into the Indian Cinema, the audience has well appreciated and loved the characters who played their parts admirably.

“I still feel it was just yesterday when we were shooting Gadar in Punjab, Rajasthan, or the train sequences,” the director, Anil Sharma told The Indian Express in an exclusive interview, revisiting his big project and what makes it click with the audience even to this day.

The movie is set during the partition of India in 1947. With Sunny Deol cast as the lead actor to the film, as Tara Singh, Ameesha Patel is characterized in the role of a Pakistani Muslim girl,  Sakina '' Sakku'' Ali. 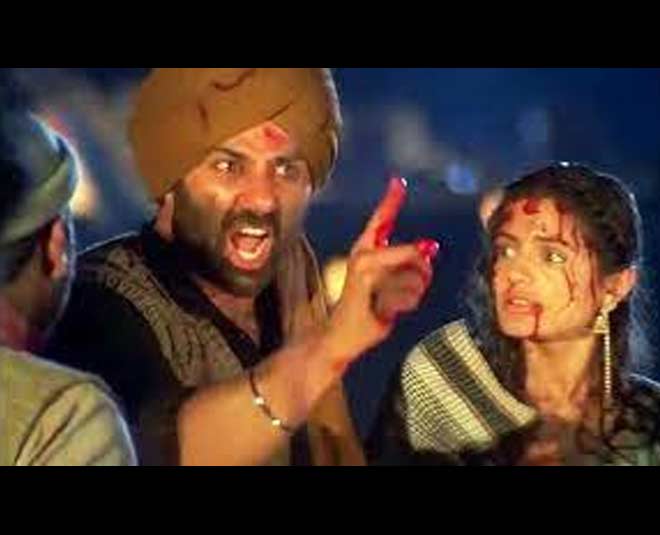 The movie begins with Sikhs and Hindus being attacked by the Muslims residing in the Pakistan area during partition (Unforgettable Patriotic Numbers That Will Fill Your Heart With Pride). With the rage outburst, Tara aka Sunny Deol plans on taking his revenge on the Muslim community by killing them for the same. On his way, he spots Sakina aka Ameesha Patel at the railway station and rescues her from the angry mob attacking the public.

Their relationship evolves overtime during the entire movie with flashbacks from their college days and is set to get married as soon as they are about to cross the border. Later in the movie, they have a child,  a baby boy named Jeeta. With everything being all good, Sakina spots a photograph of her father in the newspaper as he is the mayor of Lahore. When contacted, he arranges for her to fly to Lahore from Delhi. Tara and his son, Jeeta are unable to travel alongside Sakina due to undone paperwork.

On a visit to Pakistan, Sakina is approached to re-marry due to the social pressure of marrying a Sikh Jat to which she completely disagrees. Sakina’s father agrees to let her stay married to Tara under 2 conditions; Tara has to convert to Islam and the family has to live in Pakistan. Tara accepts the father’s conditions in the public eye to which the father was blindsided.

With Tara, Sakina, and Jeeta trying to make an escape for India, Sakina is accidentally shot by her own father and is admitted to the hospital after which she slips into a coma. After gaining proper consciousness, the father realizes his mistake and accepts Tara as he is and the family happily returns to India.

Do We Hear A Sequel?

A sequel titled Gadar 2: The Katha Continues, was announced on 15 October 2021 with the release of a motion poster starring Sunny Deol, Ameesha Patel, and Utkarsh Sharma in the lead roles. Anil Sharma will direct the film sequel with Zee Studios producing the film. The film is set to release in the year 2022. With about 20 nominations in regards to the movie, the film is backed up with 7 awards in total. Sunny Deol (Sunny Deol's Wife Pooja Deol) and Ameesha Patel, both have taken home 3 awards each for the characters they played in the movie.

To date, Gadar: Ek Prem Katha, is a favorite family movie in India and we all haven’t had enough! What’s your favourite all-time movie from the 2000s? Let us know on our official Instagram account. Stay tuned to HerZindagi for more!