Brides Who Broke Stereotypes In 2021

Brides have been taking their weddings up a notch with newer traditions and values to incorporate in the 21st century. Have a look!

With newer traditions being incorporated into the world, the brides in India seem to have taken a huge step with their bridal entries and not just that, even at their ‘bidais’. With traditions taking a huge turn, here are some brides of 2021 breaking the stereotype.

The Bride Who Flaunted Her Grey Hair

Niyati Joshi is the daughter of Taarak Mehta Ka Ooltah Chashmah's Jethalal aka Dilip Joshi. Impressed by the confidence and simplicity of her bridal look, netizens have given her a big thumbs-up for carrying-off her grey hair with aplomb on her wedding day.

The Bride Who Put A Sindoor To Her Groom

As sindoor is of major significance during a Hindu marriage ceremony, to which a bride did abide, rather put some on her to-be husband too. It wasn’t just anybody, it was Patralekhaa and Rajkummar Rao, our beloved Bollywood celebrities from the industry.

Patralekhaa, after the ritual of Rajkummar Rao placing the sindoor on her bride’s forehead, let her place some on his forehead too, which was highlighted all over social media.

It's not just the celebrities, a bride from Kolkata recently followed the trend at her wedding breaking the stereotype and creating something wonderful for her generations to come by, which was shared by ScoopWhoop. 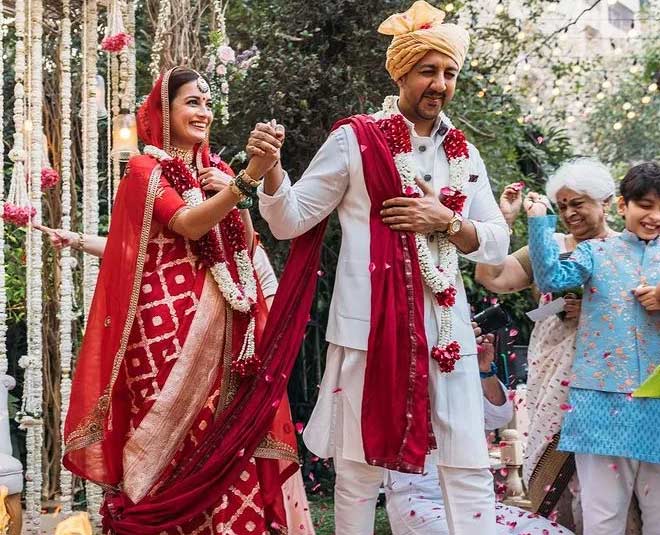 A well-known actress, Dia Mirza has set goals for the millennials to come. She refused to have a male priest do her wedding rituals, which are generally done by a male figure. Rather she had a female priest at her wedding. She also refused to be sent away in the tradition of a ‘bidai’. This isn’t all, she incorporated sustainability into her wedding decor and theme to make it as eco-friendly as possible in every way she possibly could. Her wedding with her now-husband, Vaibhav Rekhi, who is a businessman, took place in her garden where she had lived for about 19 years.

The Bride In A Sherwani On The Horse 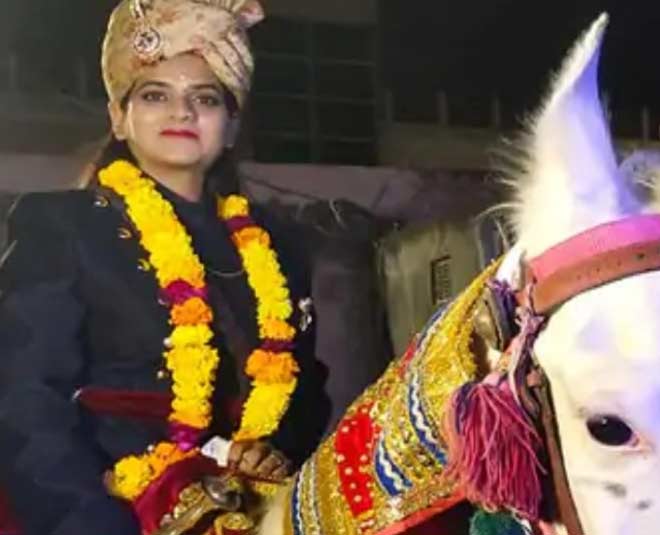 In a contemporary Indian styled wedding, a groom enters the wedding venue sitting on a horse. Well, in this case, Kritika Saini of Ranoli village in Rajasthan’s Sikar district entered her wedding sitting on a horse in a sherwani set and broke the stereotype to embrace gender equality.

She wanted to break the barriers of inequality between males and females under the roof of the Indian ground and surely succeeded in doing the same. The image with her wearing a sherwani, on a horse had gone viral on the internet and had also been appreciated by people from all across the world.

Looking at her, we spotted another bride following the trend of entering the venue of her wedding on a horse and we were highly impressed by the notion.

Prioritizing her own life on the go, bride-to-be, Shivangi Bagthariya, from Rajkot, Gujarat who was an undergraduate student and had her date as well as the morning muhurat of marriage clashed with her examination. Her husband accompanied her to her examination hall and waited for her to finish her exam before they tied the knot.

The Bride Who Waited For The Love Of Her Life 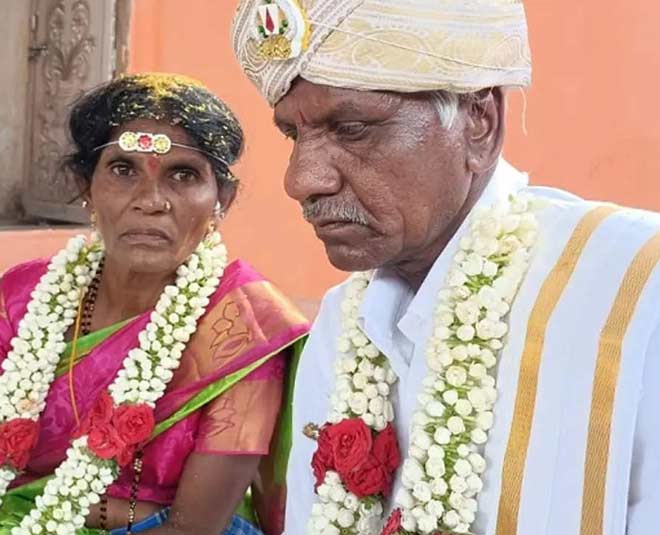 A couple from Karnataka, Jayamma, and Chikkanna of Devaramuddanahalli village in Hassan district were separated as young lovers and were forced into marrying other people due to traditional values and caste. 35 years later, the couple faces one another and decides to marry each other regardless of their past experiences. Love surely has no boundaries!

Read More- Love Has No Age, So Does A Marriage! A Couple Marries Reunites After 35 Years To Marry One Another

The Bride Who Was Working On Her Laptop During Her Wedding 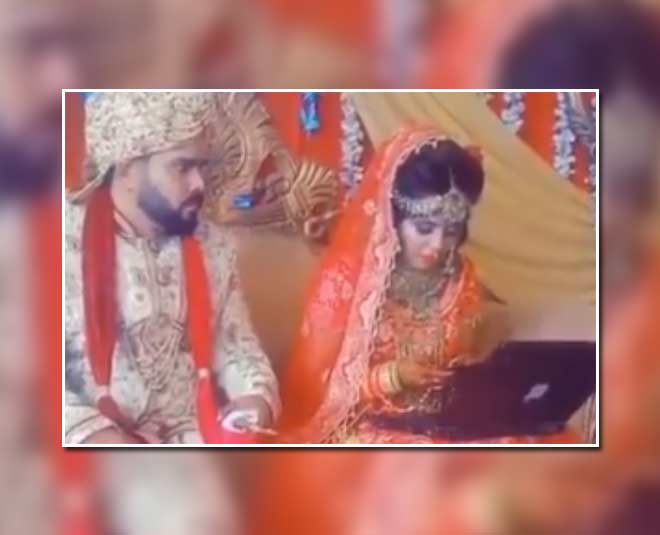 With the pandemic hitting us due to COVID-19, many of us had been in the ‘work from home’ culture for a long time. Just like that,  a bride was seen working on her laptop during her wedding which had become extremely popular over the internet and social media platforms. She surely showed us how important prior commitments are!

Breaking stereotypes has also become a trend in the past year. What according to you has been the biggest stereotype breaker in this year of 2021? Connect with us on Instagram and let us know. Stay tuned to HerZindagi for more!