Bride Gets Upset At DJ Mid Entry For Not Playing Her Dream Entry Song; See What Happened Next

You might have seen a viral video about the bride who denied entry at her wedding venue. Read on and know all about it here.

We all plan for our wedding day to be the most perfect and dreamy day in our lives so that we can remember everything vividly and happily. And that is why Indian weddings are super fun and celebratory, they are like carnivals of the lives of two people. And since the scale of Indian weddings is generally so large, they require a lot of planning, months of works, and a lot more so, it is natural that the bride and the groom start visualising their dream wedding day and if things do not turn out to be the way they imagined, it is natural that they’d be disheartened.

An incident that clearly brings to the surface the amount of disappointment that is caused when something like this happens, made it to the news when the bride denied entering the wedding venue.  Read on and find out more about what happened.

All About The Incident 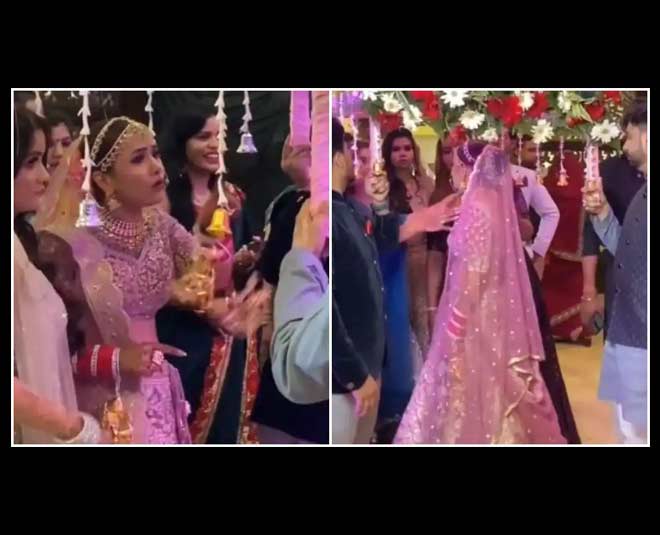 Like all brides, Shivani Pippel’s entry was perhaps something she wanted to be on point with one of the songs of her choice. But as she started entering a different song was played by the DJ, this annoyed her and she raised her concern to her family and friends, stopping mid-entry. A video clip of this incident went viral on social media and millions of people have viewed it until now. The video called for a blast of mixed reactions of users on social media where some were noted to be relating with the bride and supporting her while the others found it to be a staged act to gain viewers. Let us also check the details of the video.

On 15th August, Shivani Pippel posted a video on her Instagram account wherein she was seen refusing to enter the wedding venue because of the wrong song that was being played during her entry.  The bride expressed her disappointment mid-entry and stopped and was heard saying, "Vahi lagega. Usko bolo, maine bola tha (Tell him to put on that song. I told him)," in the viral clip.

Don't miss: Poses You Must Try With Your Sister On Her Wedding

After The Song Was Played

What made her wedding even more interesting was the fact that Shivani is a makeup artist directing the makeup department at one of the Geetanjali leading makeup studio brand, she was caught doing her own makeup for her d day! Yes, you read that right the beautiful bride, dressed in a captivating and ethereal lehenga, was the one behind her enchanting wedding day look.

Don't miss: Get Creative With These Mehendi Seating Ideas On Your Function

So, what would you have done if your entry song wasn’t played? Comment down below and let us know. Stay tuned to Her Zindagi for more such pieces.