Narendra Modi, who served as the Prime Minister of India for the last five years, is back in the power for the second time. Many Bollywood actors also... 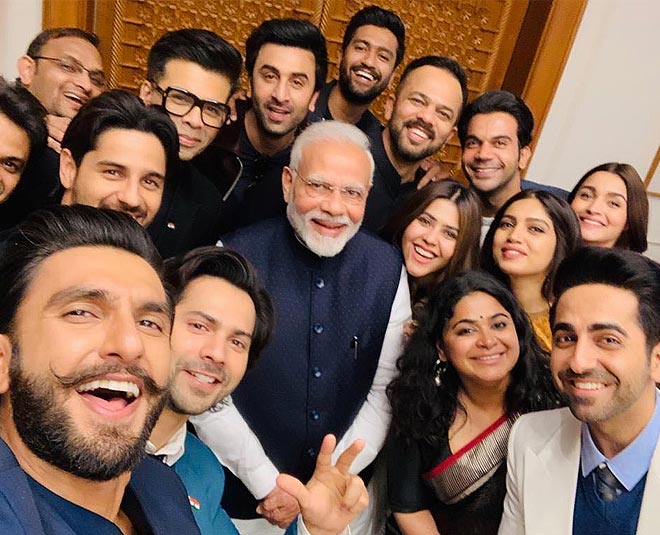 Riding on a massive saffron surge sweeping through most parts of India, the BJP party wins the Lok Sabha election 2019 by almost 300 seats. Narendra Modi, who served as the Prime Minister of India for the last five years, is back in the power for the second time.

While the whole nation is celebrating this landslide victory, many Bollywood actors also came forward to congratulate Modi. Celebrities including Salman Khan, Akshay Kumar, Asha Bhosle, Rajnikanth, Abhishek Bachan, and Riteish Deshmukh, weighed in on the results on social media. And while the rest of the world chose social media to celebrate Modi’s win, Kangana decided to go with some Pakora and chai. Taking to her social media account, Rangoli Ranaut shared images of her family munching on pakoras and chai.

Kangana cooks rarely, when she is absolutely exhilarated, today she treated us with chai pakodas for ⁦@narendramodi⁩ Ji’s win #JaiHind #JaiBharat 😁🥳 🙏 pic.twitter.com/6hJIuxby9W

Here’s what Kangana has to say,

"What Modi Ji stands for are very strong set of ideas, vision and strength of human ambition. It needs a headstrong nation to be in sync with future possibilities of greatness. Where we stand today, to even dream of a glorious tomorrow needs audacity. We as a nation are ready for it with Modi Ji. There's nothing more precious than it. I'm over the moon today, literally!" - Kangana Ranaut #KanganaRanaut celebrates the legendary win of @narendramodi and @BJP4India at the #LokSabhaElections2019 by spending time with her family!

Check out some other reactions too!

The country has decided congratulations hon prime minister @narendramodi sir on your victory. Looking forward to the future under you guidance and leadership where all Indians move ahead together #JAIHIND

Mom’s congratulatory Video note to Prime Minister @narendramodi & his team. She is repeating, “मैंने बोला था”। Difficult for her to contain her sense of triumph. She has taken it personally. But that is exactly how the whole country has taken it - personally.😍😎🇮🇳 #DulariRocks pic.twitter.com/BBLFd7XVbh

Fellow Indians, We have put aside all our differences and voted Nation First ! We have shown our unity, integrity and strength This is one of those moments when you feel particularly proud in being Hindustani. Jai Hind 🙏🏼

After winning in Gurdaspur, actor Dharmendra Deol congratulated his son, Sunny Deol, and his wife Hema Malini for winning in Mathura.

Hema , Congratulations. We love Mother India 🇮🇳 we have proved in Bekaner and Mathura. We will keep our 🇮🇳 flying.........always 🙏 pic.twitter.com/utQnUZ5QUj

Be it a political issue or any controversy, Twinkle Khanna aka Mrs. Funnybones never shies away from speaking her heart out. The former actor tweeted, “Congratulations to Prime Minister @narendramodi and @BJP4India on their sweeping victory. Democracy must always be celebrated. Here’s to our India that I hope becomes synonymous with inclusivity, harmony and development #Election2019Results".

Congratulations to Prime Minister @narendramodi and @BJP4India on their sweeping victory. Democracy must always be celebrated. Here’s to our India that I hope becomes synonymous with inclusivity, harmony and development #Election2019Results

Heartiest congratulations Hon. Prime Minister @narendramodi ji on the historic win. All your efforts to advance the nation and put it on the global map have been acknowledged. Wishing you an even more successful second term.

Salman Khan also decided to congratulate PM Modi, but while doing so he made sure to promote his movie Bharat as well.

Many congratulations Hon. Prime Minister @narendramodi on your decisive victory. We stand by you in building a stronger India.

Vivek Oberoi congratulated him by sharing a meme.

To all the politicians who were united by their hate against @narendramodi. A humble request to you all - please spend less time hating #Modi and more time loving #Bharat🇮🇳. India needs a sensible opposition for a healthy democracy. Jai Hind 🇮🇳 #ElectionResults2019 #ModiPhirSe pic.twitter.com/KWthkLltIH

Except for Congress, the BJP is the only party who has returned to power in the Indian political history. Narendra Modi is the third Prime Minister of India who came back to power for the second time.