BB 14: Jasmin Bhasin Decoded: Work Life To Affairs, Everything You Need To Know About Her

Here is everything you need to know about Bigg Boss 14 contestant and actress Jasmin Bhasin. From work life to affairs to her strategy to win in the h...

Actress Jasmin Bhasin who was last seen in Naagin 4, is a Bigg Boss 14 contestant this year and has already proved that she does not have a very patient threshold. She started working in the showbiz in 2011 and in her past 9 years, the Tashan-e-Ishq actress has come a long way. The "Dil Se il Tak" actress also has a soft corner for reality TV Shows as she has appeared in Bigg Boss Season 12 before for a small stint and she was also there in Khatron Ke Khiladi Season 9. Besides her professional journey, Jasmin has also had a speculative love life and here are all the deets:

Jasmin Bhasin began her journey on the screen with TV ads and then made her film debut with a Tamil project called Vaanam. She has done a number of films and ads in the South Indian film industry until 2015. That is when she got to be the lead in Tashan-E-Ishq and then in 2017 it was the Rashami Desai and Sidharth Shukla show "Dil Se Dil Tak". 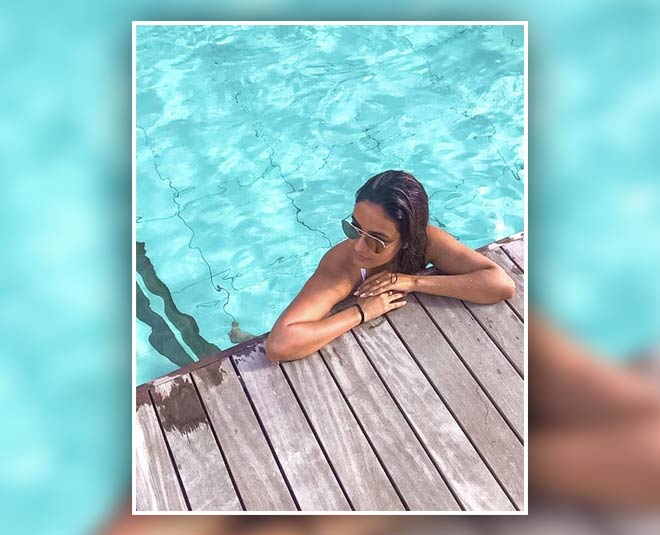 A few more projects came by including Khatron Ke Khiladi which was shot in Argentina when she ultimately landed with Naagin 4 in November 2019. However, that stint of her's did not last very long as she was replaced by Rashami Desai.

Jasmin has not had a string of affairs but she was indeed in love with Suraj Wadhwa once and then came Aly Gony with whom her relationship is still very confusing.

When Jasmin was shooting in Argentina, she was definitely missing Suraj as she posted a picture of her and him on Instagram and wrote:"I just want you to know, that when I picture myself happy, it's only with you." However, she never confirmed dating him officially and would often post pictures of the two with cue lovey-dovey captions.

The two eventually broke up and Suraj got into another relationship later on with actress Swati Vatssa from the show "Girl In The City". But that too did not last for him. Asked about his take on Jasmin entering the Bigg Boss house, he told a media house: "We speak only on and off," but said that, "Jasmin and I were not dating each other. We were just good friends."

"We are still friends but not that much in touch. You are close to some friends for only a certain period of time," he added. 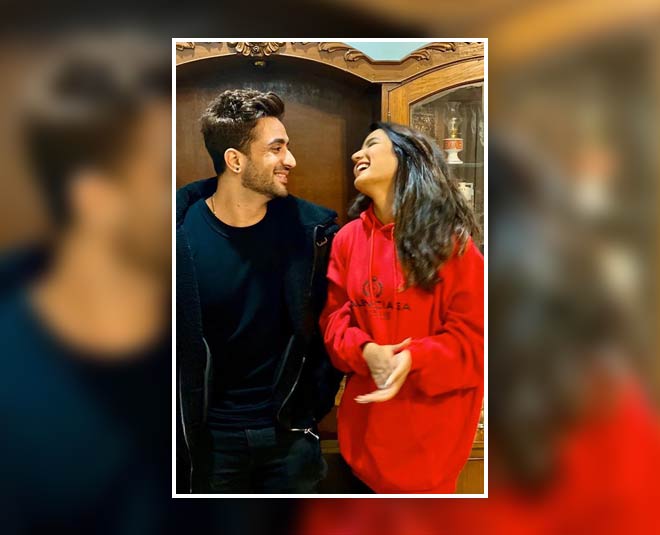 Off late we have been seeing a lot of love brewing between Aly Goni and her as their social media accounts are pouring with it. Aly is known as Romesh "Romi" Bhalla in Star Plus's "Yeh Hai Mohabbatein".

The duo had participated together in Khatron Ke Khiladi, and it is since then that the two are rumoured to be in a relationship. However, both of them keep denying but their Instagram posts say it otherwise. Aly had participated in Nach Baliye 9 with his then-girlfriend Natasa Stankovic who is now married to cricketer Hardik Pandya and just had a son with him. When the show was going on, Jasmin showed immense support for the duo. 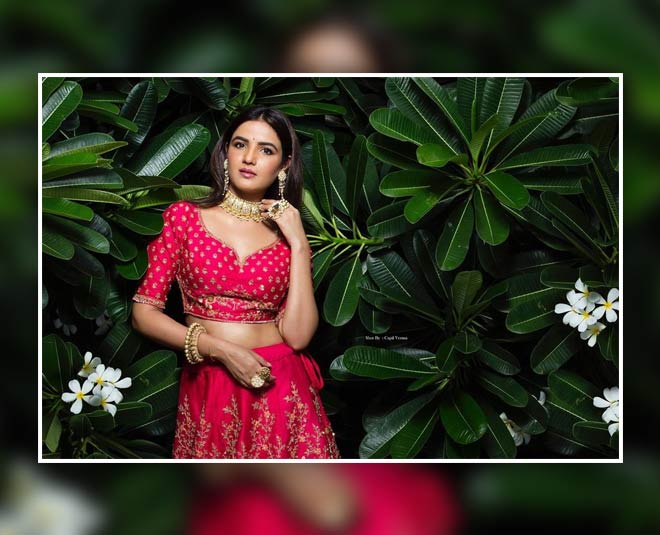 But off late Aly posts a number of pictures with her with very layered messages which can be easily be read between the lines by fans. Just on October 12, 2020, Aly took to his Instagram with a video of Jasmin. Jasmin looked gorgeous as she was seen taking a walk, and Aly was busy following and recording her. The caption of the post read:"#puresoul #keepsupportingher #jasmininbb." Check it out below:

Earlier, in an interview, Aly was asked about his relationship with her. He told a media house: "It doesn't affect our friendship. She is my best friend. People will keep saying what they want to and we can't control it. I think once she has someone in her life, a boyfriend, or I have a girlfriend in my life, only then will this stop coming in the media. I am waiting for my special someone who would walk into my life, my perfect partner. I just hope when that happens these rumours will stop."

Jasmin as well in an interview has said that "I have always maintained that Aly and I are best of friends, I am not in a relationship with him. For the past two years, I am being called his girlfriend. Earlier, I would laugh off these rumours, but now, they have started to affect me. When I am linked with close friends, it affects my friendship with them, and that’s upsetting. 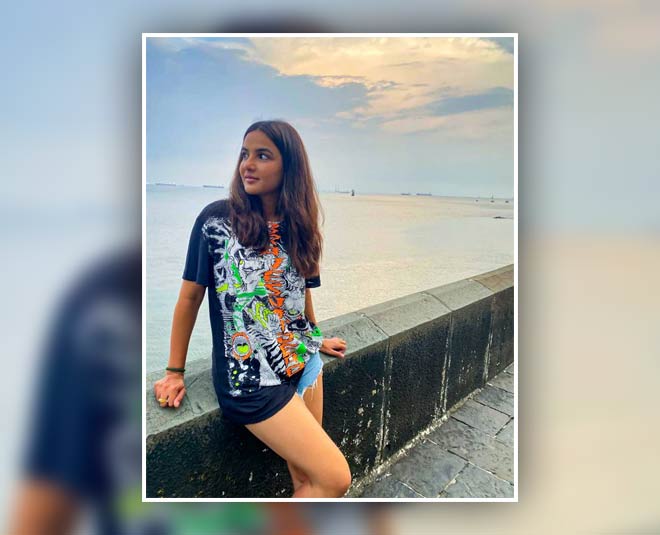 Before entering the Bigg Boss house, Jasmin was asked about her strategy to win and how she plans to portray her personality?

She told ETimes TV that she doesn't want to "fall in love on the reality show as it will make her emotionally weak". Jasmin also admitted that she is "not comfortable doing household chores and that cleaning toilet pots is her biggest nightmare".

One thing she made crystal clear and we can see that is her statement that she is "not a saint or Buddha" that she will keep quiet and "just tolerate someone's nonsense".

" As far as fights are concerned, the show's format is such that it pushes you to a certain extent. Which normal person doesn't get angry, upset or doesn't fight in real life. It is a basic human nature and if a situation where I get into a fight comes I will deal with it. It is a normal thing," she told the media house. 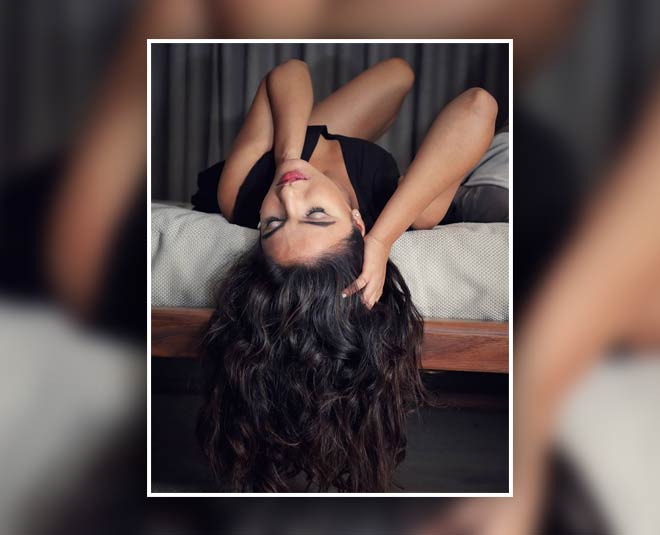 "I will not try to escape fights if someone tries to poke or trigger me. I will give an answer to that person in his own style. I am not a saint, buddha that I will keep quiet and just tolerate it. I am not dumb to stay mum and not reply back. If someone pokes me, he or she will definitely get a strong reaction from me," she added.

Well, we wonder what the truth is but as of now we route for her while she pulls off her presence in the madness of Bigg Boss 14 with the one and only Salman Khan as host. The contestants this time are pretty interesting with some former ones essaying their seniors.

May the best win and the show be entertaining as always with some less violent waves perhaps.

Stay tuned to HerZindagi for more on all the contestants at the Bigg Boss 14 house.