Sidharth Shukla spoke about his music video with Shehnaaz Gill and also reacted to the criticism he received on the music video. 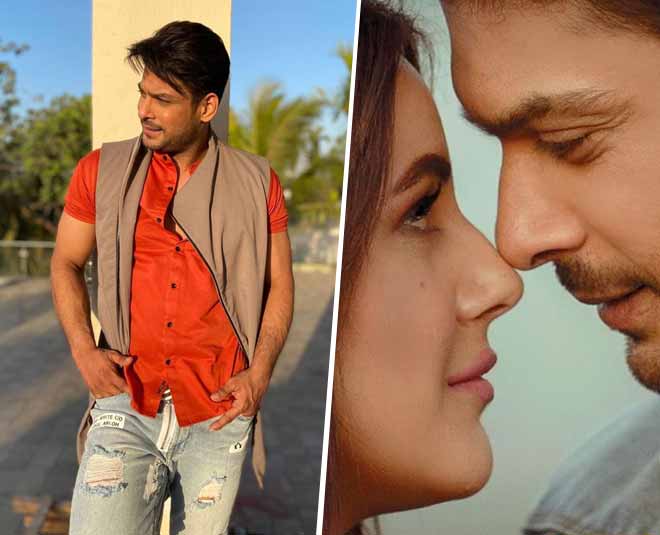 Though Bigg Boss 13 has ended two months back, the contestants are still making headlines every other day. Sidharth Shukla and Shehnaaz Gill were two of the most popular and strongest contestants on the show. While Sidharth bagged the BB13 trophy, Shehnaaz emerged as the second runner up of the tedha season. Fans loved them so much that they even started calling them SidNaz and their fun banter inside the house garnered massive attention.

So, when they two decided to do a music video Bhula Dunga together just after the Punjabi singer finished Mujhse Shaadi Karoge, fans went berserk. The song sung by Darshan Raval and penned by Gurpreet Saini and Gautam Sharma was a soulful ballad on love and separation. One of the highlights was obviously SidNaz’s chemistry. However, many felt that they don’t have chemistry and are faking it just for the sake of it. Now, reacting to the criticism, Sidharth told an entertainment portal, “Everyone is entitled to their opinion and I hear that my fellow Bigg Boss contestants have had their opinions on the song and our chemistry. However, all I would like to say is I work for the love and appreciation of my audience, which our song has surely received looking at the views and love pouring in from all our viewers. At the end of the day, for me, my audience’s appreciation is the most important and I am grateful to each and every one of you.”

All this was started when Ex-Bigg Boss contestant Devoleena Bhattacharjee shared her views about the duo’s chemistry and said, "I liked Sidharth a lot in it, but I did not see the chemistry between him and Shehnaaz as he is quite older to her." For this comment, she got trolled by SidNaaz fans.

However, the former Bigg Boss 13 housemate didn’t remain quiet and said, “You all sidnaaz fans cant dare to accept the truth that there is no chemistry between them. ..0 chemistry.” All this reached such a point that Devoleena had to file a complaint in the cyber cell against a woman for sending obscene clips.

Also Read: Sidharth Shukla Has This To Say On Working With Shehnaaz Gill In Bhula Dunga

Coming back to SidNaz, the two have signed contracts for three more music videos. According to rumours, they will also be seen hosting a dance reality show, Dance Deewane 3.

Well, what do you think about Sidharth and Shehnaaz’s chemistry? Do you like it? Tell us in the comments and stay tuned to HerZindagi for the latest updates.