One of the most popular celebrity couples, Anita Hassanandani and Rohit Reddy have become parents. Read on to know the details. 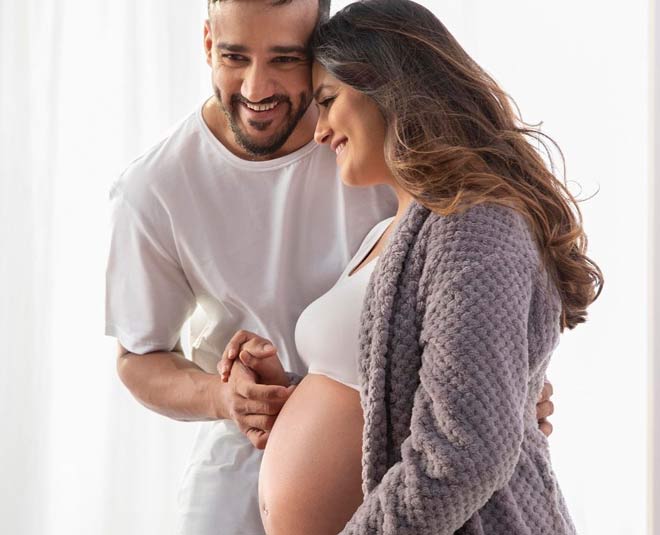 Here’s a reason to rejoice for the fans of Anita Hassanandani and her husband Rohit Reddy. The two have now become proud parents of a baby boy. The couple shared the happy news on Tuesday night, taking to Rohit’s official IG profile. The Indian entrepreneur wrote "Oh boy" alongside a sweet image featuring him and Anita.

Last night, new father, Rohit Reddy shared the first picture of his newborn son on social media. In the adorable picture, his baby can be seen holding his finger with his tiny hand. 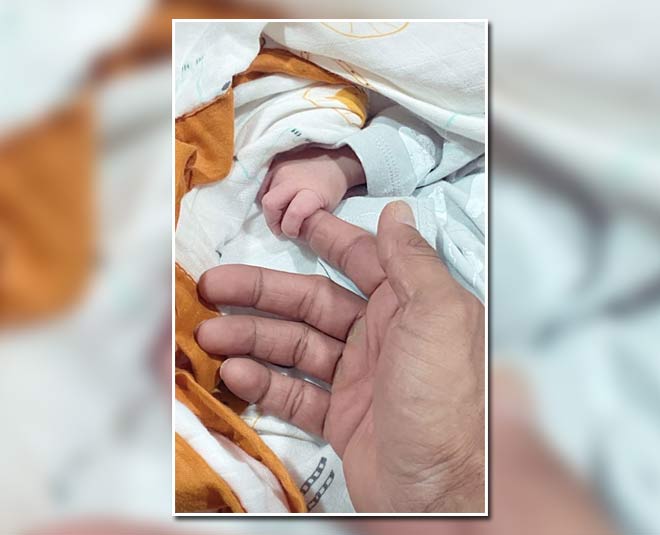 The image also has a graphic saying “it’s a boy” on a blue baby jumper. Besides this, Rohit posted a bunch of screenshots on his Instagram stories of the celebrities who wished them on becoming new parents. The list includes the names of almost all the top-notch stars, such as Karishma Tanna, Neha Dhupia, Niti Taylor, Bharti Singh, Nia Sharma, and many more. 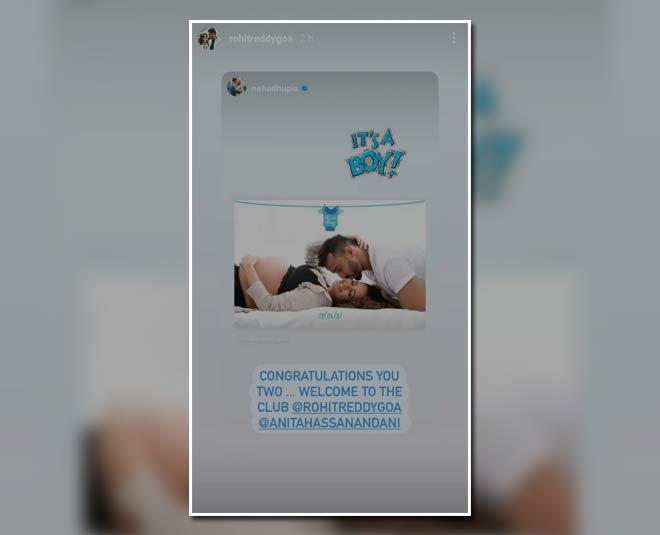 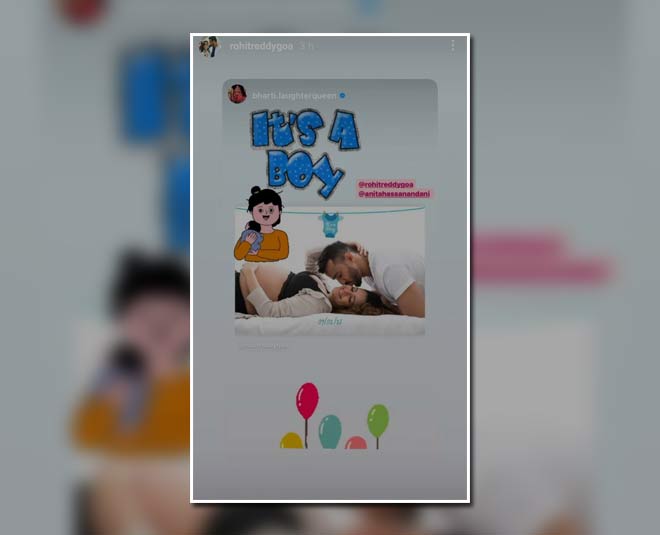 While these celebs sent their warm wishes to the couple on social media, producer-director Ekta Kapoor was actually present in the hospital during the birth of Anita’s baby. She posted a couple of videos on her Instagram story, wherein she can be seen donning a face mask and saying, “team Anita is right here and we are now parents of a baby boy.” The video also features Mushtaq Sheikh, who is an Indian screenwriter and close friend of the new parents. 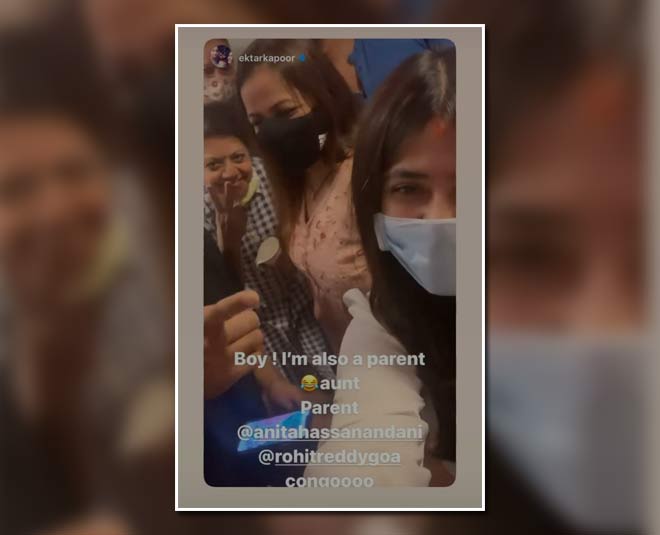 Anita and Ekta are not only known to work together in several projects, but also be great friends for years. In other photos posted by Rohit Reddy, Anita Hassanandani can be seen smiling for the camera while laying down on the bed. 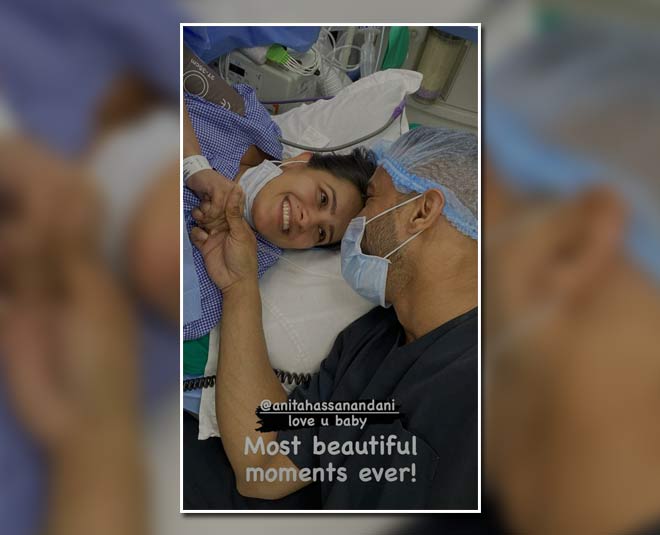 The couple remained active throughout their pregnancy on social media. They shared several sweet photos and videos, wherein Anita can be seen flaunting her baby bump and enjoying her maternity in the best way possible. The most recent post of the actress said, "Enjoying “Beyoncé vibes” until “mommy vibes” kick in.” She penned this caption alongside a stunning monochrome picture. 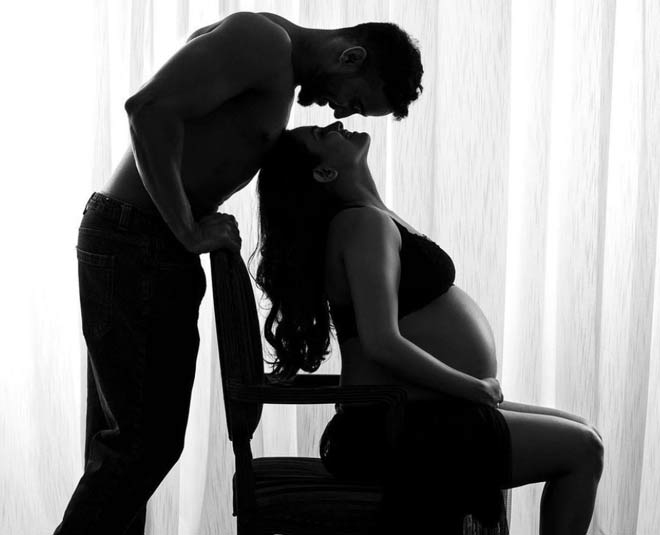 She announced her pregnancy (take inspiration from Bebo's maternity workout wear) last year, on October 10 by sharing a sweet video clip. According to news reports, she said, “While I share this kiss, I feel the kicks. It is so amusing exciting miraculous out of the world unreal experience ... canNOT be described in words. Every mother would understand what I’m feeling." 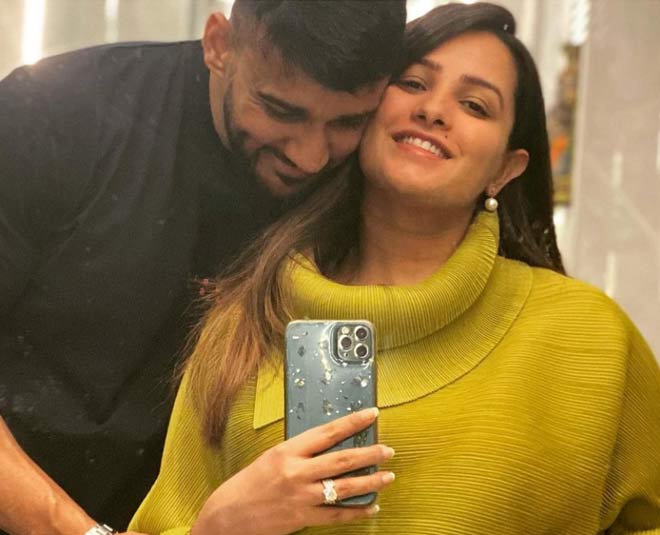 Anita Hassanandani and Rohit Reddy has been together for 7 years and has become parents for the first time. While the fans are excited to know more, they have not shared the name or the glimpse of their newborn child yet!

For more updates regarding Anita Hassanandani and Rohit Reddy, stay tuned to HerZindagi.