HZ Exclusive: I’m Varshita Thatavarthi, The Sabyasachi Model Who is Punching Beauty Stereotypes in the Belly

Varshita Thatavarthi, the Sabyasachi Model, opens up to HerZindagi about her journey and how she broke beauty stereotypes. 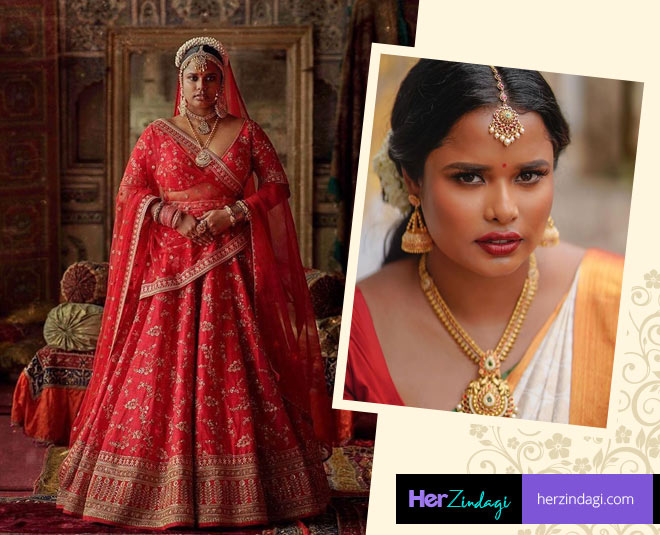 Varshita Thatavarthi, the brand new icon for body positivity, is an inspiration for women across the world who were told they were ugly because they did not fit the clichéd standards of beauty. She spoke to HerZindagi, recounting her life journey that oscillated between self-doubt and self-love. Find out how she became a Sabyasachi model after facing multiple rejections. This is her story, in her own words.

My name is Varshita Thatavarthi. I’m 25 years old. I was born in Vizag, Andhra Pradesh. Raised in Delhi. I have a degree in Journalism and Mass Communications from Manipal University, Karnataka. I moved cities to find modelling work and to become an actor. I’ve lived in Hyderabad, Mumbai, Bangalore, and Chennai.

When Her Dream To Work With Sabya Became A Reality! 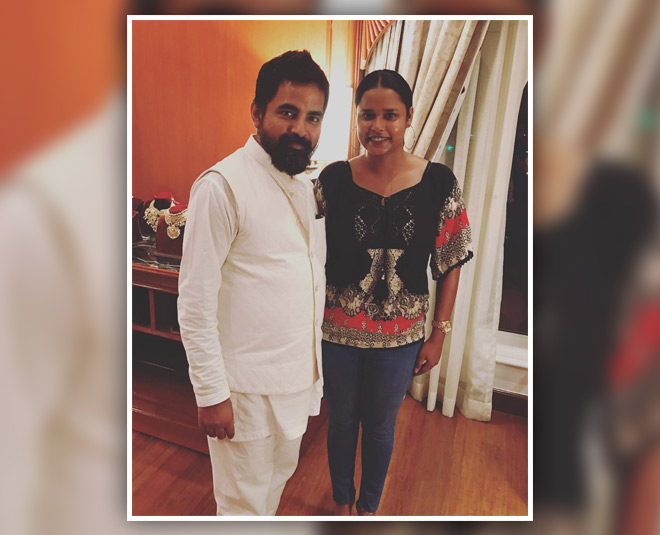 I was trying to get into films in Chennai since December 2017. One day in April 2018, someone told me that there was a Sabyasachi jewellery exhibition in Taj Coromandel. Sabyasachi had just started out with his jewellery collection so I got excited at the idea. I immediately took an appointment and went to check out the collection.

I took a friend along and it was only there that I first met him. I had no idea he was going to be there. I had admired the man and his brand for years and to suddenly meet him gave me butterflies in the stomach. But his staff made me feel very comfortable. At one point Sabya sir walked up to me and told me that I was very beautiful. I was thrilled! I thought to myself that if Sabya thinks I’m beautiful, I must be beautiful.

I bought a pair of earrings and then I asked one of his assistants if I could take a picture with him. Sabyasachi obliged. I left feeling content that I had taken a picture with him and posted it on Instagram immediately. Then I totally forgot about it. Two months later in June, his team got in touch with me and asked me if I’d like to come and do a trial shoot with him in Calcutta.

I immediately gave my consent and I was flown into Calcutta where I met sir and did the bridal shoot (which was later posted on Women’s Day). My life hasn’t been the same ever since. I’ve also been part of Sabyasachi’s runway show in Mumbai in April and recently I was one of the main models in his Winter fall bridal collection called Charbagh.

Speaking On The Jitters Before Shoot

I was actually very nervous initially because all the other models were really fit and were all well known. I’m on the plus-size so it made me wonder for a bit if I could actually match up to them. However, sir and his team made me feel very comfortable and put me at ease on and off the sets. It’s always nice to have a team that really looks after you and celebrates you for who you are and after that, there was no looking back.

The Moment When The Photos Went Viral 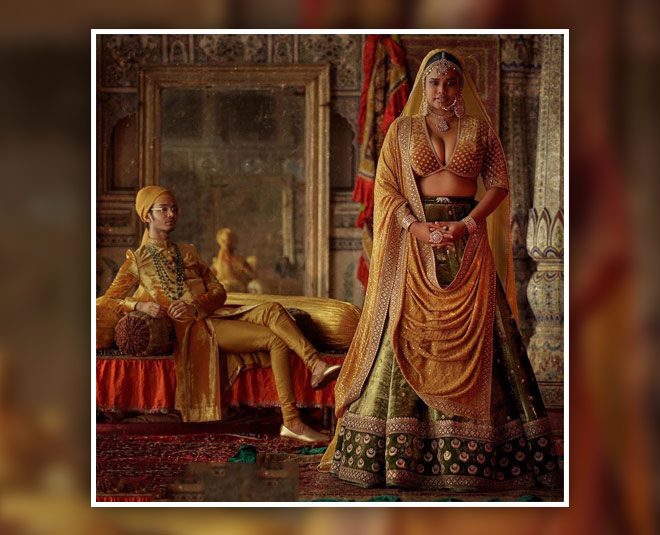 I was never expecting anything because it felt so surreal to be working with Sabyasachi sir and team. I was just grateful for the opportunity and wanted to give my best. But nothing has changed other than the fact that my inbox is flooded with messages and that a few people recognise me here and there. My friends treat me the same and I still travel, read and do pretty much everything that I was doing earlier.

It's All About Embracing Yourself

As we all know, Fashion magazines and Runways around the world for many decades have been dominated by stick thin models. So, it’s not easy to break into an industry like that overnight. Sure, America has seen some success with plus-size models like Ashley Graham who’ve been fighting for people to see their potential. There’s still so much more progress to be made in this area around the globe.

Now coming to India, I find it annoyingly strange when models are expected to be size 2 when an average Indian woman is size 16. So who exactly is the fashion industry representing?

I, in fact, find it repulsive when people address me as a plus-size model because it goes to show that people like to categorise women who have fuller bodies while thin models are referred to as models.

On Being The Unconventional Model In Hypocrite India 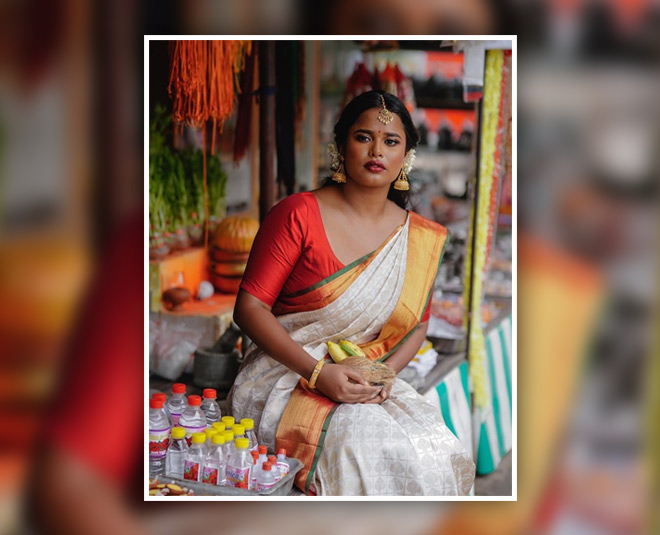 It takes an enormous amount of patience and strength to cope in an industry that has been conditioned to believe that anything above size 2 is an aberration. I’ve been rejected for five years because I had a fuller body and dusky skin. I’ve been to corridors of hell when no agency in India wanted to represent me because I didn’t fit their conventional body type requirement.

Even though there is every reason why the fashion industry must include people of small sizes. I had to learn the hard way that plus-size women are not afforded the same opportunities as their small size counterparts. Hence, I had to be brave and fight the hardest.

It hasn’t been easy for me or anyone else I know who is my size in an industry that notoriously promotes body discrimination. However, my campaign with Sabyasachi has tried to break many barriers that were formerly set up by the fashion industry. I’m flooded with messages from women across the world thanking me and loving me for being part of this massive change. And now this is what I want to do. I believe everything that has happened in my life has to lead me to this moment.

I want to work with all the major fashion designer brands and beauty brands to raise awareness about body positivity, I want to be on the cover of important fashion magazines to show the world that women like me can also be an important face of this multibillion-dollar industry. I want every woman out there to look at my picture and feel secure about herself and that’s my greatest purpose in life.

On Growing Up Dusky And Plump

I grew up in North India around many people who judged me for the way I looked. Even at school, I was often bullied by my classmates for being dark and was made to sit with another few girls who looked like me. So I know what it feels like to be judged for my appearance right from the beginning. There is this socially constructed notion in India that women are their most beautiful if they have a fair skin tone and a petite body.

Growing up in my generation (90’s kid) wasn’t easy and I’m sure some of you will agree with that. There was no internet or awareness about celebrating yourself and embracing your physical traits. There was no Beyoncé than to look up to. Only a Britney Spears who didn’t look anything like me.

When I went back to South India to my grandparents’ home for summer holidays, I looked around and realised that everyone around me was applying ‘Fair and Lovely’ and ‘Ponds Powder’ so I thought maybe the girls at school were right and I must do things to tweak my appearance. I was doomed to believe that I was ugly unless I changed.

On Facing Rejections And Staying Determined 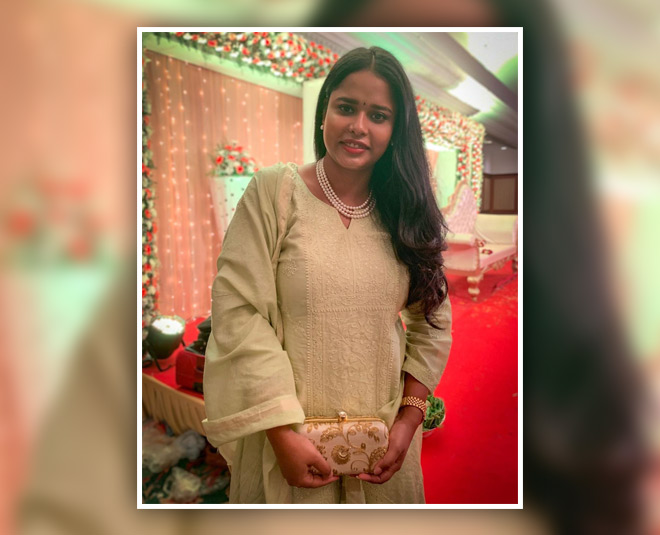 I’ve been trying for films for five years in South India. Almost every director or producer I met wanted me to come back to the fairer and thinner. I was even once suggested by a journalist friend of mine to lie to people about not knowing my mother tongue Telugu because the industry preferred giving opportunities to girls from Mumbai and Delhi who didn’t know the language. I was shattered. I wondered why I had lesser opportunities when I could speak the language and needed lesser training and when I actually looked like an average South Indian woman. All this was beyond my understanding but I continued to try films because I kept believing that somewhere, someone might accept me as it is and give me the confidence to be who I am. Then five years later, Sabya happened.

On Being An Agent For Change

I’ve been receiving so many messages from women for making them feel confident and secure in their bodies after looking at my pictures. I think I’ve met my greatest challenge. Beauty is not defined by how you look, it’s defined by who you are. I want both men and women to embrace themselves for who they are and really celebrate their uniqueness.