Let us know the story of Meenakshi Amma who is a great grand-mother and is pursuing martial arts at the age of 78.

What would be your reaction if we told you that martial arts, which is a sport played with agility, doesn't have any age barriers? Most of you must believe that it is difficult to pursue a sport like martial arts with advancing age as the body doesn't support it.

However, we have a live example for you all. A 78-year-old woman from Kerala, Meenakshi Amma has kept martial arts alive even at this age. She has been showing her skills of ancient martial art kalaripayattu for the past many years and is also making others aware of this art. 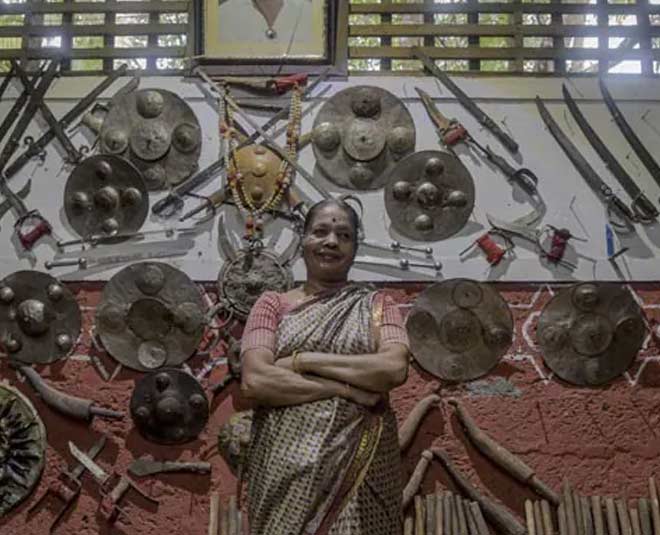 At the age of 78, it is difficult for most people to even walk properly. However, Meenakshi Amma is teaching the virtues of martial arts to the next generation of the country. She has also been honoured with Padma Shri by the Government of India in the year 2017 for taking forward India's oldest kalaripayattu fighting skill and teaching this art to children free of cost. Let's know more about meenakshi Amma.

Plays Martial Arts At The Age Of 78 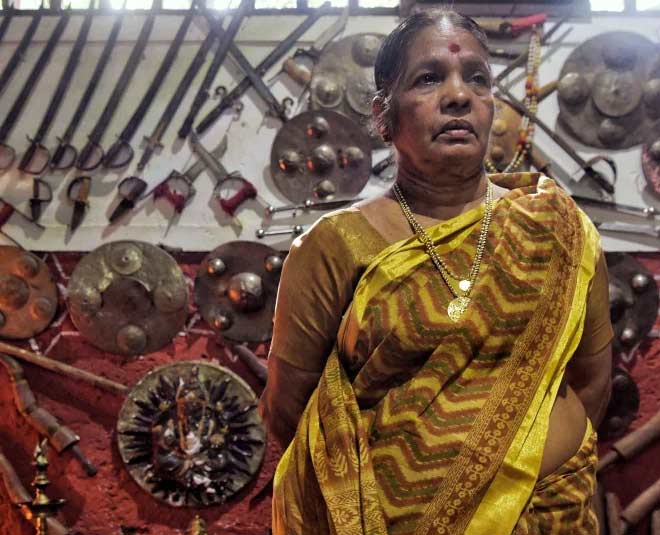 Meenakshi Amma has been doing kalari which is the oldest form of martial arts in India. She is the driving force in the revival of Kalaripayattu. Meenakshi Amma encourages girls to adopt and carry forward the ancient practice. The patriarch of Kadathanad kalari sangham School (founded by her late husband in 1949) said in an interview to a leading daily, "I started Kalari at the age of seven. Now I am 78 years old. I am still practicing, learning. And teaching others."

She further added, "when you open the newspaper, you only see reports of violence against women," but "when women learn this martial art, they feel physically and mentally strong and it makes them work. to do and travel alone."

What Is Kalaripayattu Martial Arts? Kalaripayattu is a martial art of India that originated from the southern state of Kerala. It is one of the oldest existing combat methods. It is mostly practiced in Kerala as well as adjoining parts of Tamil Nadu and Karnataka. It is also quite popular among the Malyali community of north eastern Sri Lanka and Malaysia.

It is mainly practiced by the warrior caste of Kerala (Nairs). Kalari which incorporates the elements of dance and yoga includes weapons such as swords and shields. It is reportedly 3,000 years old and has been mentioned in ancient Hindu scriptures.

Don't Miss: Empowerment's a Piece of Cake: The rise of female bakers in India

The British colonial rulers banned the practice in 1804 but it remained underground. It was again revived after the independence in 1947. It has gained more popularity in the recent decades, all thanks to Meenakshi. It is now recognised as a sport and practised all over India.

Aids In Self Defence Of Girls Kalaripayattu martial arts is an art that purifies the mind, body and spirit along with improving concentration, speed and patience. The art also regenerated physical and mental energy. It is a necessary life skill that girls must learn this art as a way of self-defence.

78 year old Meenakshi Amma is surely an inspiration for everybody and shows us that age cannot be a barrier to follow your passion. For more such inspirational stories, stay tuned to HerZindagi!