These Inspiring Women Wowed Us At This Year's Republic Day Parade

Take a look at the women-led presentations that made their mark at the 73rd Republic Day parade.

This year India celebrated its 73rd Republic Day on January 26 as part of the “Azadi Ka Amrit Mahotsav” commemorating 75 years of Independence.

And just like every year, Rajpath came alive with an elaborate parade. But this year’s parade has set a new precedent of the demonstrations of women’s power.

The capabilities of women are finally being acknowledged and with utmost respect which they deserve, and of course, it was reflected in the celebrations and the parade of this national holiday.

Here are some women that stood out with their extraordinary feats and showed that the ‘future is female’! 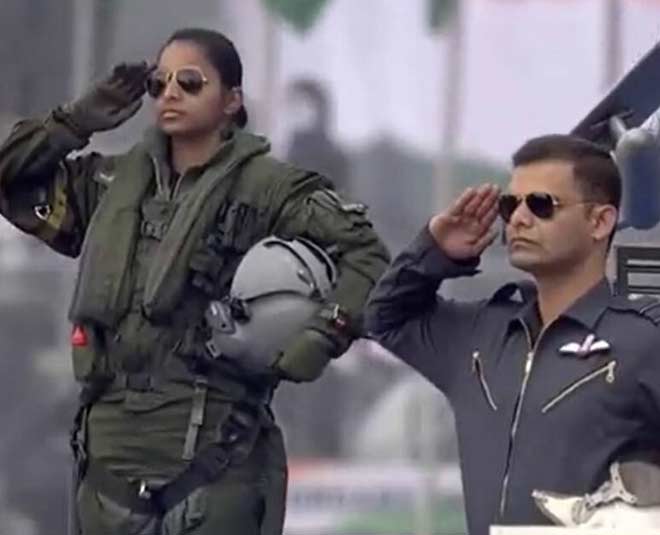 Flight Lieutenant Shivangi Singh made our hearts swell with pride. She is the first woman Rafale fighter jet pilot. She stood proud on the Indian Air Force tableau at the Republic Day parade on January 26 which was based on the theme — ‘Indian Air Force transforming for the future’.

Flight Lieutenant Shivangi Singh is also the second woman fighter jet pilot to be part of the IAF tableau. She is part of the IAF’s Golden Arrows squadron based out of Ambala in Punjab.

Singh, who is from Varanasi, joined the IAF in 2017 and was commissioned in the IAF’s second batch of women fighter pilots, news agency PTI reported. She had been flying MiG-21 Bison aircraft before flying the Rafale fighter jet. 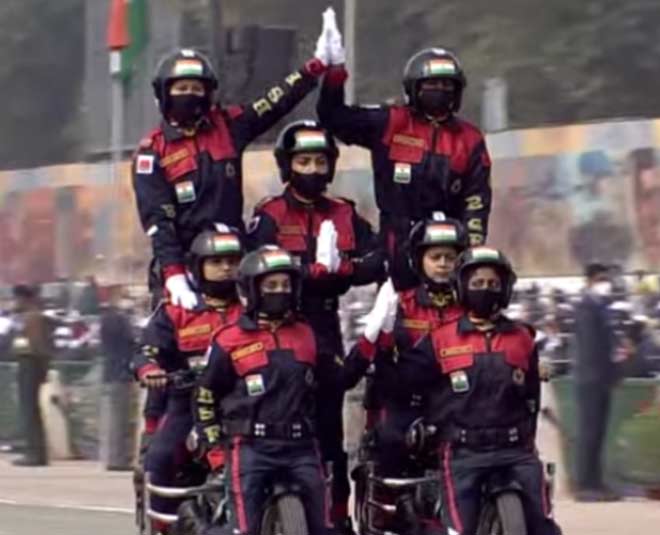 A magnificent bike show by the women officers of the Seema Bhawani motorcycle team from the Border Security Force (BSF) left everyone in awe with their spectacular display of strength, presenting a salutation to the President. It was one of the most lauded performances at the Republic Day parade this year.

The team of the BSF displayed a several bike formations. During the display, the team did a Border Women Salute under Command of Inspector Himanshu Sirohi. Then, exercises of Single Kneeling, Chair Riding, Fish Riding, Double Back Riding were showcased.

The true highlight of the performance was when an officer of the team held up a placard that carried the slogan, 'Beti Bachao, Beti Padhao' ('Educate the Girl Child, Save the Girl Child'). It was a moment of pride for all of us when at the 73rd Republic Day Parade, Lieutenant Manisha Bohra of the Army Ordnance Corps became the first woman to lead its all-male contingent at Rajpath.

Before the parade on January 26, Lieutenant Manisha Bohra became the first lady officer to lead the all-male Army Ordnance Corps Regiment of the Indian Army on Army Day which was celebrated on January 15.

Ahead of the parade, Lieutenant Manisha Bohra said, “It is a matter of great honour for all of us to take part in the Republic Day parade and all of us have been practising very hard for it.” 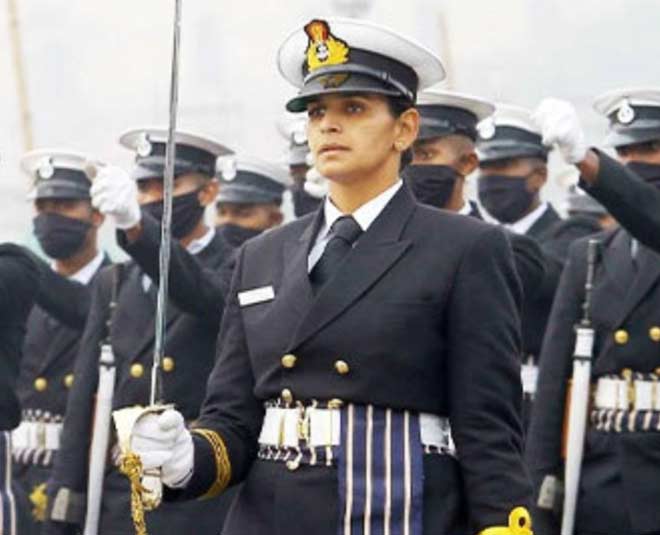 It was a moment which we will never forget! Lieutenant Commander Aanchal Sharma was seen leading the Indian Navy contingent at the Republic Day parade on the 26th.

Lieutenant Commander Sharma, who was commissioned in June 2016, lead the contingent of 96 young sailors and four officers, including herself. She is an observer officer posted at the Indian Naval Air Squadron (INAS) 314.

After the parade, she said that saluting the President on Rajpath will be a lifetime achievement and she would cherish it throughout her life. She also added, “Josh and courage of the contingent is unmatchable,” as reported by Hindustan Times.

Indeed, the josh was on full display when she was leading the contingent which depicted the 1946 naval uprising, while the naval brass band played the Indian Navy’s song ‘Jai Bharati’.

Are you proud of their achievements? Do share your thoughts with us on our Facebook page. For more such stories, stay tuned to HerZindagi!