We are all excited about the upcoming women's hockey semi-finals between Argentina and India. But before that here's all about the inspiring team.

The Indian women are shinning at the Olympic games 2021 being held in Tokyo, Japan. Not only they have created several historic records this time and done many things for the first time, but they are also bagging medals for the country. And one important set of women who entered the semi-finals for the first time ever on behalf of our country is the women’s hockey team. The remarkable team of female players will be fighting  Argentina in the semi-finals today and we hope they bring the medal back home this time.  Let us take a look at some accolades of the women’s hockey team and know more about the glorious team.

Some Facts About The Indian Women’s Hockey Team 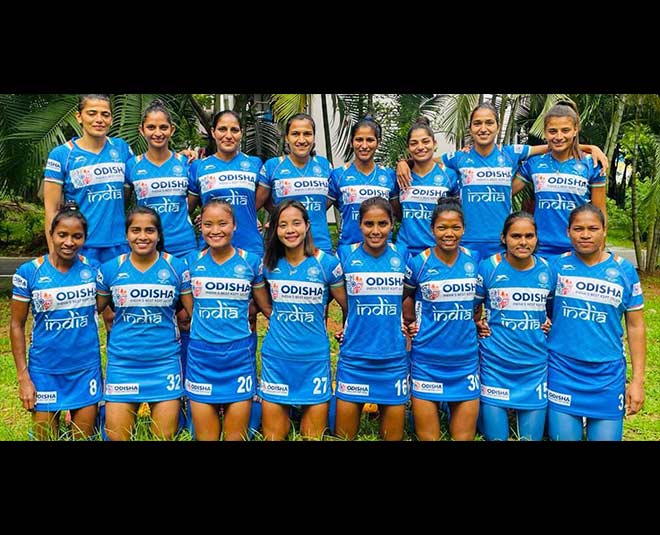 Chak De! India was one of the finest movies that gave the women’s hockey team the limelight and attention they deserved. And when the hockey team actually qualified for the semi-finals in Tokyo Olympics, the entire nation compared it with the film. Thousands of memes and creatives went viral on social media that had Kabir Khan’s picture on them. Kabir Khan was the coach of the team in the film played by Shahrukh Khan.

Further, to our surprise, he himself congratulated the girls on Twitter and encouraged them to emerge victorious at the games via his tweet.

About The Current Team

The current Indian Team comprises 16 players and below is everything you need to know about them.

Rani started playing hockey at the age of 14 and is now 26. Which means she has played this sport for almost half her life. The experience is her wealth and she has been the prime reason for India’s win on several occasions. Rani rose from a very rural background and touched the sky.

Hockey offered Neha Goyal everything she needed from giving her two meals a day to providing her peace and escape from his alcoholic father. Neha started off at a cycle factory ad made it to the National Team at the age of 18. She is known for scoring flawless goals and paving the way to success for the team.

Nikki grew up in a financially weak atmosphere and had to work as a labourer to save money for her hockey stick. This shows dedicated Pradhan was right from the beginning and that is how she managed to secure herself a spot In the prestigious team of India in 2015, just before the Rio Olympics.

From having a paralysis attack to making a place in the Indian hockey team in 2018.  Nisha has seen the worst times but despite the problems she had managed to make her dream come true.

Saimi became the first female from Mizoram to play hockey and also the first from the state to have entered the Olympics.  Saimi did no know Hindi or English and had to communicate through sign language majorly. However, her hard work paid off soon and she was initiated into the national team by Rani Rampal.

Sushila is one of the senior-most members of the team and has been with it since the 1980 Olympics.  She works for Mumbai Railways and has played almost all the major matches with the team.

Deep hail from a family of hockey players with her brother having been an Indian goalkeeper. Deep has capped around 200 goals and is playing at the Olympics for the second time.

Hailing from a Naxal stronghold and a hockey hub, Salima is another outstanding player of the team. She got her first hockey stick by working in a farm and is now known for winning 29 goals in the senior national category.

With Udita’s father being a handball player, her interest in sports was established right in her childhood. She, therefore, tried her luck at hockey and became the captain for the U-18 team and still stands as the shield for team India.

Vandana is the only Indian woman to have scored a hat-trick at the Olympics. She is one of the core members of the team and has suffered massive personal losses in her life. But she only moved ahead taking strength and motivation from them.

Shining at the Tokyo Olympics, Navneet proved how remarkable a player she is. She defeated Australia's  Jamie Dwyer who she considered her hero. She was also part of the team at the Rio Olympics.

She proved to be the team’s backbone at the Asia Cup and Asian Games and has had an interest in hockey right from a very young age.

Her goal against Australia won the ticket to the semi-finals for India. And a an Indian defender she has been getting a lot of goals for the country at major games. She also holds 2019’s FIH women’s series final.

Sharmila made her Olympic debut in the year with Tokyo Olympics. Her journey began with her interest in not the sport but the ball used in it.

Don't miss: All About Middleweight Boxer Pooja Rani And Her Inspiring Journey To The Top

It was her father who wanted her to play hockey and so she got admitted into the Sanjay Gandhi National Park School. She then made her entry into the national team in 2012, with an extraordinary ability to poach. Winning the silver and bronze medals at Asian Games 2014 and 2018, Navjot proved her mettle.

Savita never wanted to be the goalkeeper but now she is so good at it, that she stands as the best choice for the purpose. She is also the vice-captain of the team and has won consecutive medals at the Asian Games. 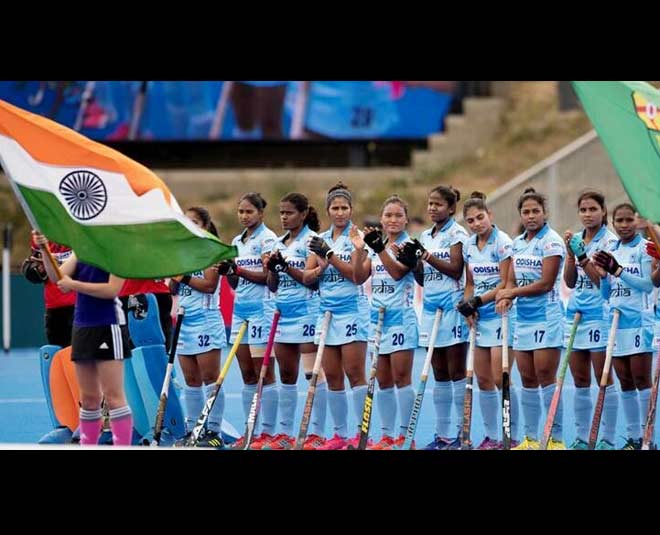 If you liked reading this article then tune into Olympic Games today at 3:30 PM to watch a thrilling hockey match between Argentina and India. And also keep reading her Zindagi for more.