Model Aishwarya Sheoran is making her family proud as the model has secured 93 ranks in the UPSC exam. Read on to know about her journey. Generally, when we think of people, who cracks competitive exams, we imagine someone with specs and books in hand. No one actually thinks of a model, who stays busy at photoshoots. Well, Aishwarya Sheoran has broken all the stereotypes by securing the all-India rank of 93 in UPSC exams. She is not just any model, but a beauty queen, who also made it to the top 21 finalists for Miss India at the age of 18. Aishwarya has proved that a person can achieve all that they want with strong determination.

The 23-year-old refers to herself as a nerd, who does everything with utter passion. Due to her zealous nature, she garnered appreciation in everything she ever did. She was a head girl at her school, and one of the best students at her college. Aishwarya has graduated from Delhi University, and did modelling, walked the ramps for the ace designers for about a year-and-half. 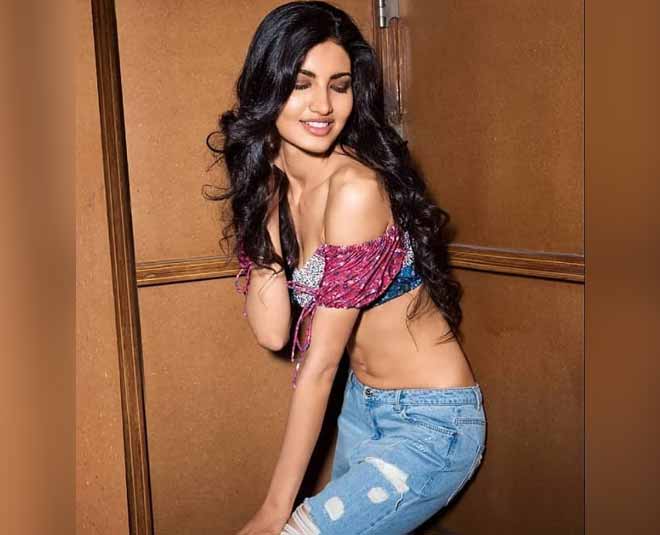 “I always wanted to be a civil servant. I did modelling as a hobby. At that age, I wanted to explore so many things. I was the head girl in my school and, in college too, I was an active member of the debate society and participated in the social service, et al. In the beauty contest, I was noticed by prominent designers like Manish Malhotra who encouraged me to participate in fashion shows. Once I returned to Delhi, I was flooded with offers. The thrill of walking on the ramp kept me going for over a year-and-half. However, as I am a nerd, I wanted to return to my first love — academics,” she said during an interview with a leading newspaper.

You will be amazed to know that she also cracked the entrance exams for one of the leading management institutes of India, Indian Institute Of Management, Indore (IIM-Indore), as per media reports. However, she did not join the premiere institute, as it was not what she wanted to do. Aishwarya Sheoran, who hails from Rajasthan was a board topper as well. She scored a total of 97.5 per cent in her CBSE class 12 exam.

Normally, IAS aspirants join coaching classes to prepare themselves for one of the toughest competitive exams in India. But, Aishwarya, who called modelling her hobby and civil service her “true passion,” chose a different path. Instead of joining any classes, she kept her faith in self-study.  “I realised that I cannot focus until and unless I keep my phone away.”

“The thumb rule was one topic for one book. While many think that the syllabus is wide, I believe CSE is not tough if you narrow down your books. Like for polity, it was Laxmikant that I followed on. Besides for current affairs, I relied on three ed-tech websites and newspapers,” she said.

Talking about her UPSC interview, she revealed, since her mother comes from Haryana, she was asked about Khap panchayat. In fact, she has always been concerned about women’s education and safety, therefore she was asked more questions related to it. Other than that, the judges questioned about US-India relations.

“The panel basically tests your perspective, knowledge, and the kind of person you are. On that particular day, Donald Trump had arrived in India. So they asked about US-India relations and trade deal, on national infrastructure pipeline etc. They asked what will be my focus while designing a policy,” she said, reportedly.

In order to prepare for the exam, she ditched her phone and all the social media platforms. However, she kept using the micro-blogging site, Twitter to stay informed and updated.