Anushka Sharma's airport looks are always on the easy-breezy, comfy side.

Birthday girl Anushka Sharma has never really disappointed us with her sartorial choices. The Bollywood diva always takes the easy-breezy route when it comes to her off-duty looks. If you have been following her style picks closely, you know that she isn't someone who likes going OTT, especially her airport looks. 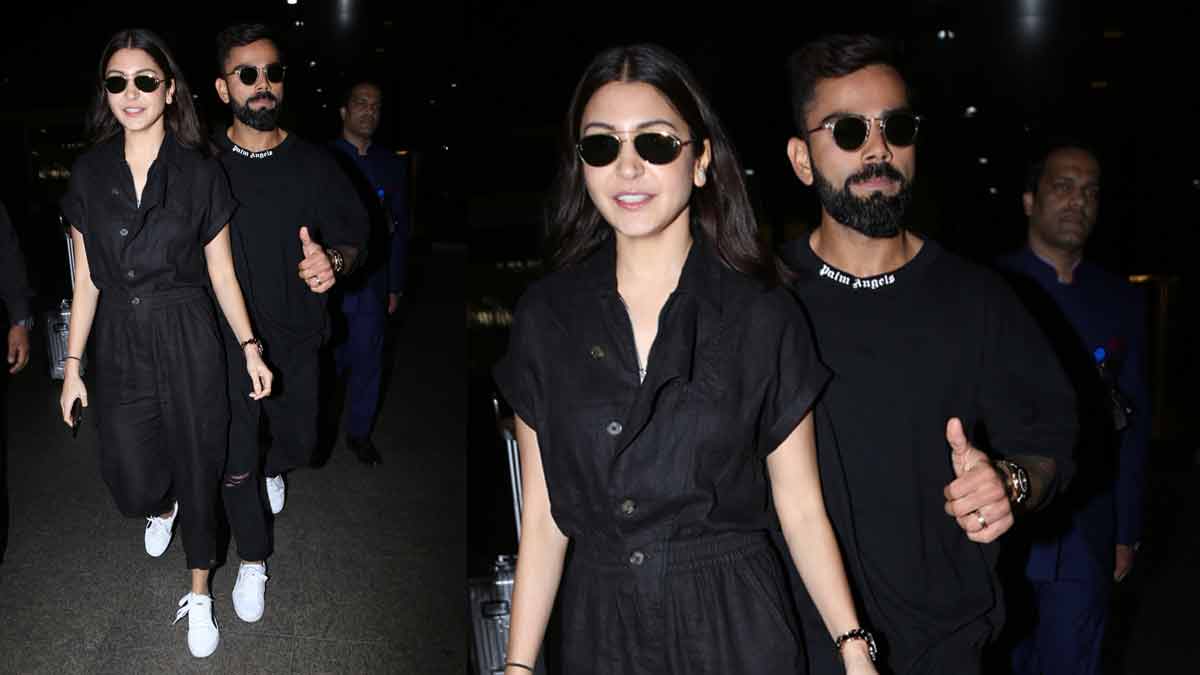 Anushka Sharma was seen with her husband Virat Kohli at the airport in this easy, comfy black jumpsuit. Anushka Sharma's cotton jumpsuit had a straight collar neckline. She teamed it with a pair of white sneakers and black sunglasses. As always, she didn't stress about the accessories and just wore a watch with the look.

With this jumpsuit, Anushka Sharma kept her hair open and went for a no-makeup look with just some lip balm on the lips. An outfit like this one can be your pick for a brunch date or a weekend getaway. 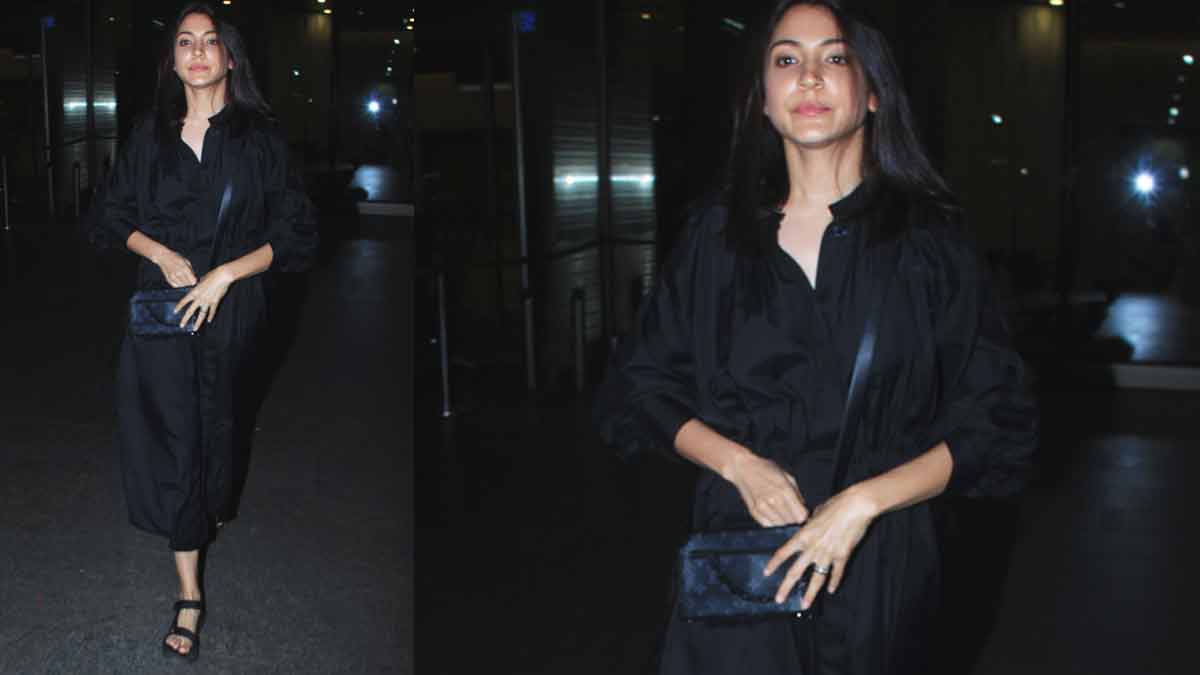 Anushka Sharma was snapped at the airport in this oversized shirt dress. The dress was cinched at her waist with a drawstring. Her midi black cotton dress is just the perfect number for a casual day out with friends. Anushka Sharma rounded off her look with a black Louis Vuitton bag. Instead of sneakers this time, she opted for a pair of casual black sandals. Beauty-wise, she left her tresses loose, resting on her shoulders. She wore coral blush, some kohl, and a nude blush on the lips. 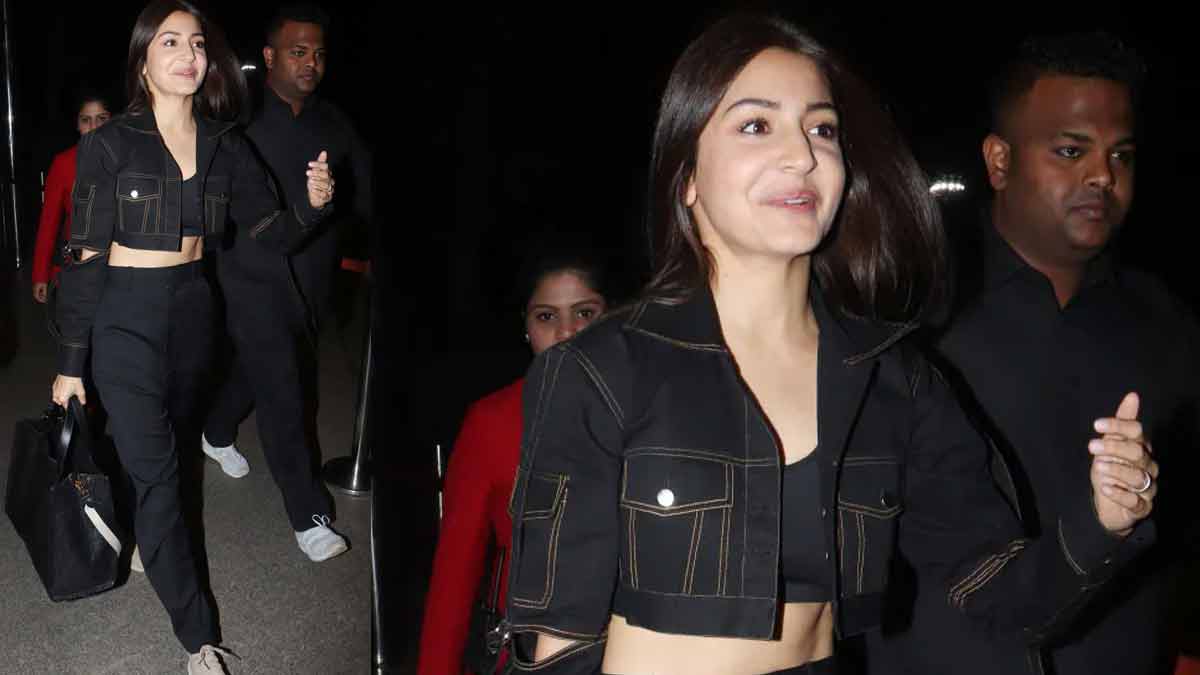 Another favourite black look donned by Anushka Sharma is this one where she made heads turn at the airport in a black sports bralette, matching pants, and a black cropped jacket. Anushka Sharma completed her look with a pair of neutral sneakers. Once again, she went sans accessories with the look and carried an oversized Fendi bag.

Anushka Sharma's hair were styled sleek from the front and left straight at the back. She wore loads of mascara and completed the look with a pink lip shade. A look like this one can opt for a date night or a long-haul flight. 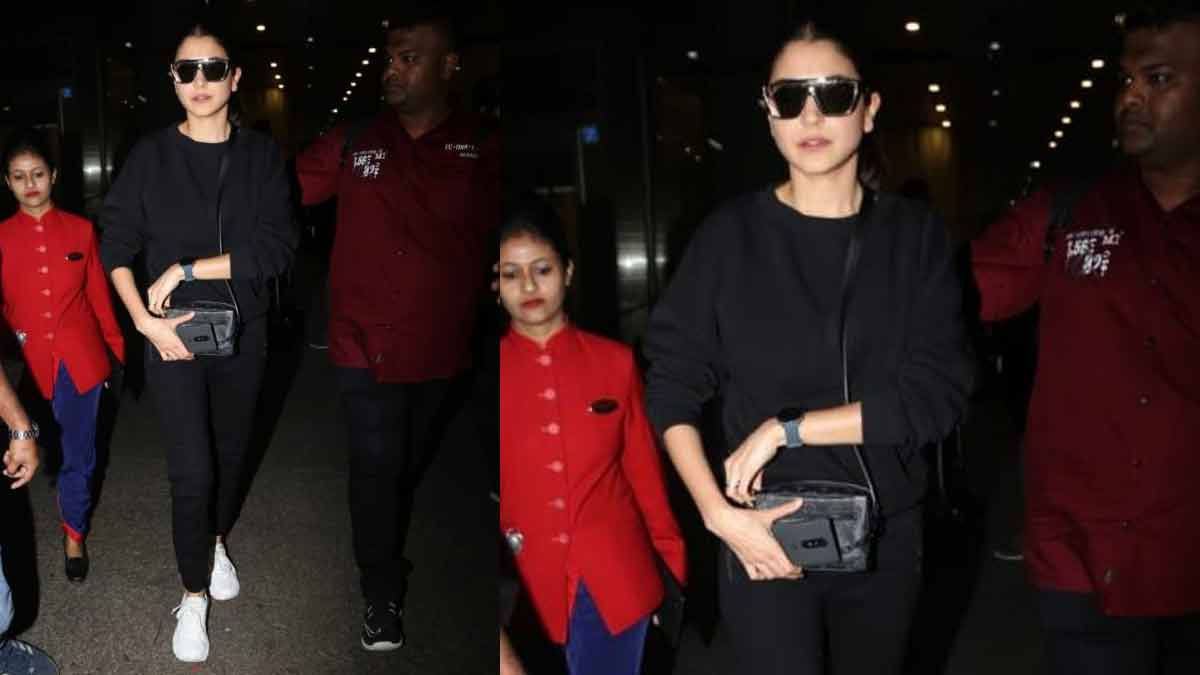 Anushka Sharma was papped at the airport in a black sweatshirt and black denim. An all-black look, indeed, Anushka Sharma's favourite! She rounded off her look with a pair of white sneakers, an oversized pair of black sunglasses, and a sling bag.  On days you don't feel like dressing up, carry an all-black look like Anushka Sharma. 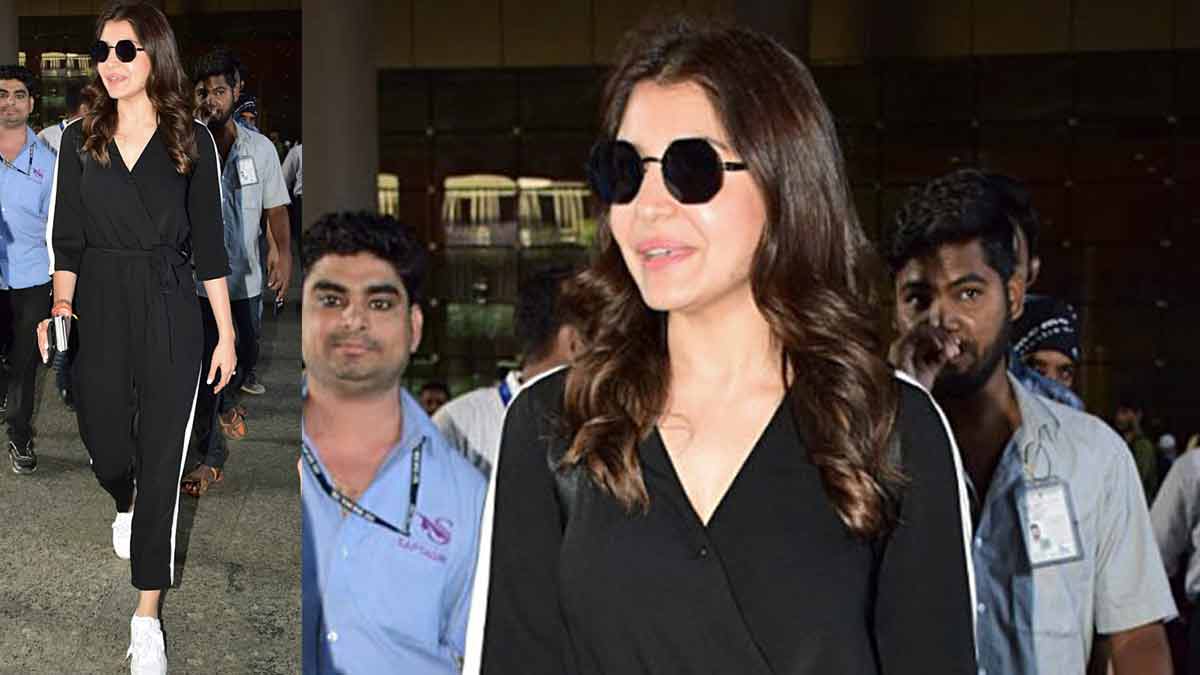 Post her wedding vacay with her husband Virat Kohli in South Africa, Anushka Sharma was seen at the airport in a classic black and white jumpsuit. For footwear, Anushka Sharma wore a pair of white sneakers. She accessorised the look with a pair of black sunglasses. Her hair were curled, left on the sides. If you are looking for an outfit that you can carry just anywhere, be it a day out at the mall or a birthday party.

Tell us which one is your favourite black airport look donned by Anushka Sharma and why on our Facebook page. For more such fashion-related stories, stay tuned!