All The Wedding Inspiration You Need From The Ambani Family!

Looking for wedding inspiration? Here’s a look back at the Ambani weddings!

The Ambani family has been quite the talk of the town for the past decade. There’s always something new that makes a headline.

Who Are The Ambani Family?

Dhirubhai Ambani married Kokilaben Ambani in 1955 and planned to start his family. He became the father of two sons Mukesh Ambani and Anil Ambani, and daughters Nina Ambani and Dipti Ambani. Both the boys turned out to be successful in their careers. In 2005, they separated Reliance Industries Limited from each other and worked on their ventures.

Mukesh Ambani emerged as the Chairman and Managing Director of Reliance Industries Limited. He did not opt for further studies and left his MBA from Stanford University to assist his father in business. He married Nita Dalal in 1985, who had graduated in Commerce. Now, she is the founder and chairperson of the CSR arm of Reliance Industries. They are parents to three children, including Anant Ambani, Akash Ambani, and Isha Ambani.

Most Expensive Weddings Ever!

In the recent past, we have seen a glimpse of what it is to live like an ‘Ambani’ life! After witnessing Akash and Shloka’s wedding and also Isha’s and Anand Piramal’s wedding, we have seen how weddings play an important role in the ‘Ambani’ family.

Here are some inspirational tips you need to take from the family if you are on your way to planning your own!

Read More- Why Ambani's Luxurious Property In London Is In Discussions Again? Know Everything About The Place With Pictures 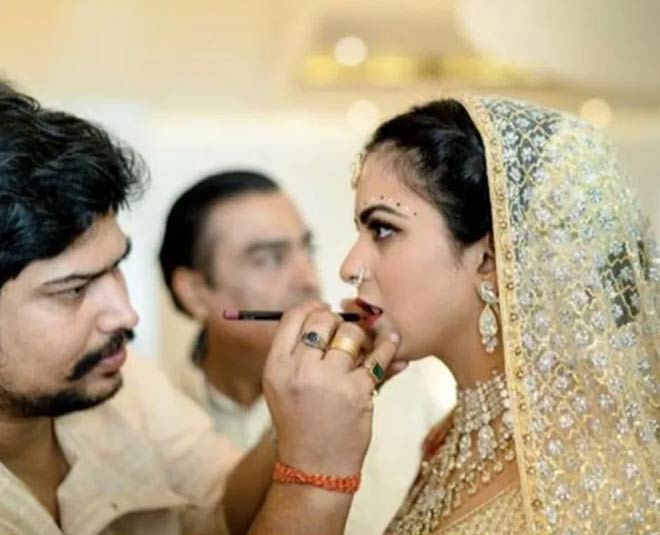 Taking instances from both the weddings, we spotted minimal makeup skills that were involved in getting the family members ready on the occasion of the wedding days.

The Ambani family likes to keep it as natural as possible while managing to glow all the way through the celebratory festivities of the weddings.

In both the weddings, Nita Ambani kept it to her natural self, letting her age show off gracefully while Shloka and Isha respectively at their weddings chose to go for a much more neutral makeup look!

It is a well-known fact for the Ambani family to have sent out the most extravagant wedding invites to the B-Town industry and other businessmen when it’s an Ambani wedding.

The last wedding invites we know of, consisted of precious stones within the invitation to the wedding. How cool is that? The family is always known to go a little overboard with their wedding invites!

With every picture of Nita Ambani, you will always spot her wearing flamboyant jewels, wherever she goes. 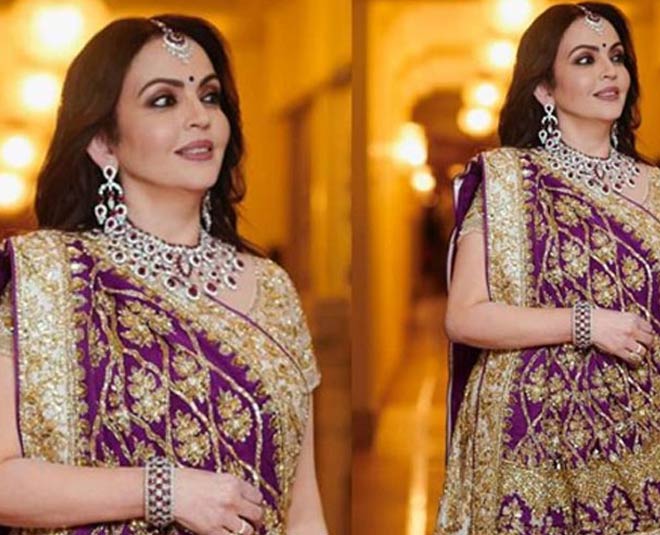 At both the weddings, Nita Ambani was spotted in traditional attire and so was the entire family. It seems like it is a tradition for the Ambani family to wear traditional outfits on occasions like this!

The Ambani family is always seen smiling. There is nothing better than smiling, isn’t it true?

In every photograph you see of the family, the family doesn’t miss out on smiling.

It’s the smiles that bring out the best features of you or rather anybody in a photograph or even a video! 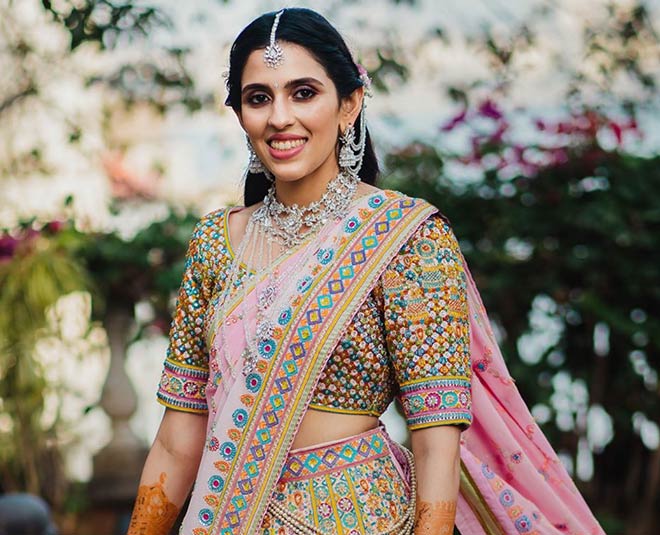 For her wedding, Isha chose an ethereal off-white lehenga with sea-green embellishments. She chose to wear something from her mother, Nita Ambani’s wedding, making her outfit even more noteworthy. The bride draped on her shoulder her mother’s 35-year-old wedding sari, making her outfit even more meaningful. The beautiful bride accessorized her look with a heavy choker necklace adorned with precious stones, a nath, maang tikka, and bangles. Anand, on the other hand, looked dapper in an off-white embellished sherwani, paired with a beige pagdi and stone-adorned kalgi.

Bespoke creation by Abu Jani & Sandeep Khosla, with cut-work detailing at the edges of the dupatta and floral veil. The perfect combination of a red and gold handwoven outfit is made to complement Shloka’s skin tone. She looks no less than royalty in this beautiful red lehenga.

Stay tuned to HerZindagi for more tips and tips!