Not only Pashmeen but Neha Kaul and Mahhi Vij also looked resplendent in their maternity glow. Popular television actor Barun Sobti, who became a household name after playing the lead role of 'Arnav Singh Raizada' in Star Plus' much-loved show 'Iss Pyaar Ko Kya Naam Doon?' opposite Sanaya Irani is on cloud nine these days. His wife Pashmeen Manchanda is expecting their first child together and was recently seen flaunting her baby bump as the actor met-up with his co-stars from the serial.

Pashmeen Manchanda looked stunning during her baby shower which was organised by her and Barun Sobti's friends last month. The couple is expecting their first child this month. Do you know that Barun and Pashmeen are childhood lovers and they have been known each other since they were in standard 9? Read this to know more about their cute and adorable love story: Barun Sobti Met Wife Pashmeen Manchanda When They Were In Class 9, Proves Childhood Romance Does Last

However, Pashmeen is not the only celeb to be flaunting her baby bump in style. Actress Neha Kaul too announced her pregnancy by sharing a picture flaunting her baby bump. The actor took to Instagram to announce her pregnancy with an image that she captioned, "Sharing the pic, she wrote: "Our First Mother's Day together Every good and perfect gift is from above" (James 1:17) and I can't thank God enough for this beautiful one! Need your blessings for this #humblebegginings." 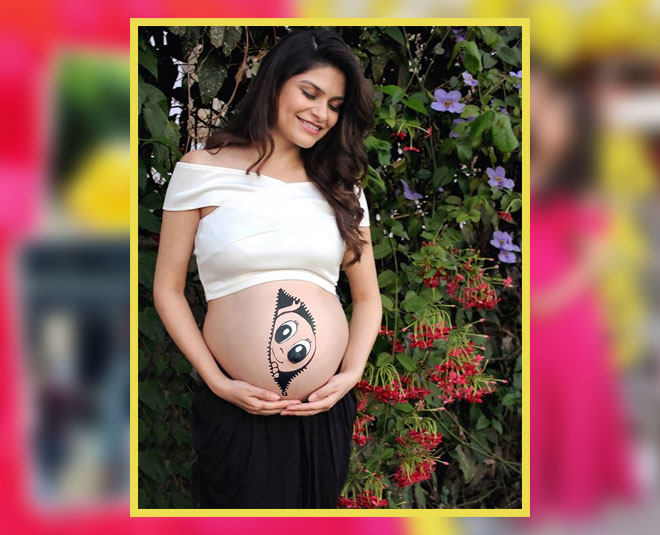 Actors Jay Bhanushali and Mahhi Vij, who are all set to turn parents as well have been seen around town, with Mahhi Vij looking beautiful with her pregnancy glow and baby bump. The couple posted an adorable picture on Instagram and it shows how excited they both are to welcome a new member in their family. 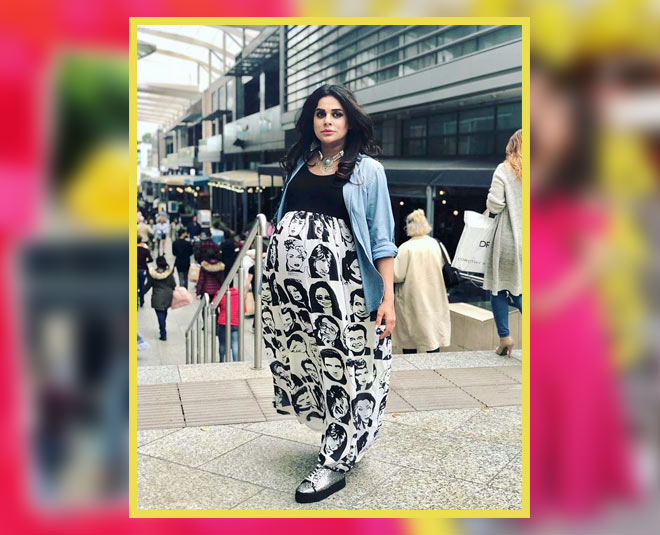 Television actress and Jamai Raja fame Sara Arfeen Khan who has been married to Mere Brother Ki Dulhan actor, Arfeen Khan for 10 long years is all geared up to welcome a new child as well. The actor has been slaying it on social media with her maternity shoots and recently posted an image with the caption, "I wanna show up looking a bit more glam for my babies! Dressing my bump with this black and white retro print from @lovemamacouture." It is not just television fame but moms-to-be in Bollywood too have rocked the baby bump with élan as well. Taking to Instagram, British actress Amy Jackson, who is known for films like Ekk Deewana Tha and Singh is Bliing, on June 27 revealed that she is in the third trimester of her pregnancy. Notably, Amy and her boyfriend, who are holidaying in Cyprus with friends, are gearing up to welcome their first baby in September and have already announced that they will be getting married in 2020.

Taking to Instagram, the actress and former Miss Teen World in 2009, shared an image in a yellow bikini and floral sarong, with a very visible baby bump, alongside the caption, "3rd Trimester lets do thissss lil melon." Sameera Reddy, who is currently expecting her second child with husband Akshai Varde, too, recently took to Instagram to share images from her maternity shoot.

Taking to Instagram, Sameera Reddy wrote, "I embrace my curves, my cheeks, my water retention and my pregnant belly with a smile."

The actress looked stunning in red and yellow Kanjeevaram that she wore for her baby shower last month. Did you miss it? Don't worry, check the pictures right here: Sameera Reddy Looks Radiant In Red And Yellow Kanjeevaram At Baby Shower

She further spoke about her pregnancy and added, "Final lap of this pregnancy and I feel strong, excited, nervous and powerful. Mixed emotions in so much grace."