Ramadan 2019: 6 Places You Must Visit To Celebrate Eid-Ul-Fitr

From the massive Jama Masjid in Delhi to Hyderabad's iconic Charminar, these historical monuments offer visitors the perfect way to immerse themselves...

The end of the holy month of Ramzan is marked by the Eid ul Fitr. The month-long ritual of fasting and praying originally started when Prophet Mohammad migrated from Mecca to Medina (also known as Hijr) in 622 AD. Eid ul Fitr marks the conclusion of Ramzan and is celebrated with much pomp, grandeur and a host of different delicacies like malpua, kheer, kebabs and other dishes. A festival that is celebrated with a lot of fervour among the muslim community, it is mere days before the arrival of Eid ul Fitr. As we celebrate Eid 2019, we take a look at five places in India you could visit to celebrate the festivities. 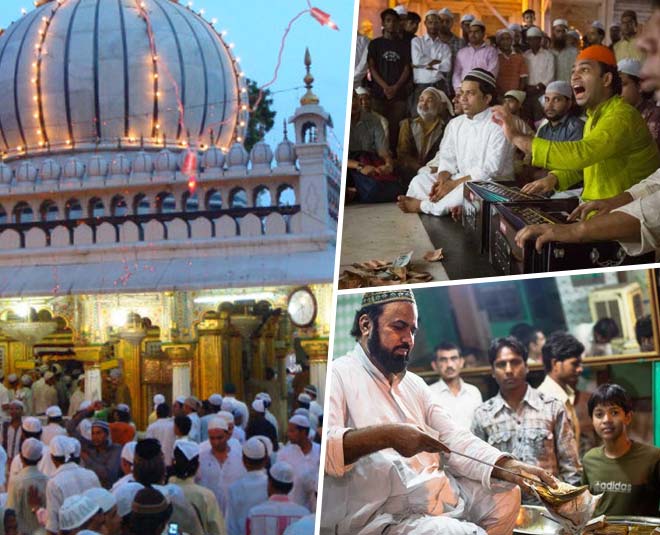 Situated in heart of Delhi, Nizamuddin Dargah is the mausoleum of Nizamuddin Auliya, an eminent sufi saint. The shrine of Amir Khusro, a sufi musician and poet, who was a disciple of Nizamuddin Auliya, is situated within the dargah complex. The Nizami Brothers, whose family has been associated with this art for seven centuries, are the traditional qawwals of the dargah.  The very name Dargah reminds me of Ranbir Kapoor singing qawwali 'Kun Faya Kun' in the movie Rockstar. The dargah also featured in Salman Khan starrer Bajrangi Bhaijaan. The place witnesses huge congregation on Friday and on festive seasons. This Eid you must visit this Dargah to offer prayer and listen to qawwali. 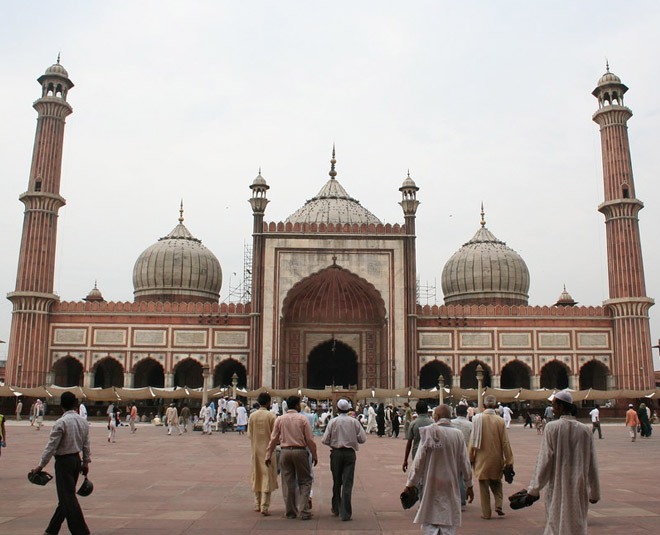 Built by Emperor Shah Jahan, mosque was completed in 1656 AD with three great gates, four towers and two 40 metres high minarets constructed with strips of red sandstone and white marble. In fact, Jama Masjid is the first place to offer namaz in India for signifying the conclusion of the holy month of Ramadan. The place witness large congregation daily and it is one of the tourist spots in old Delhi. 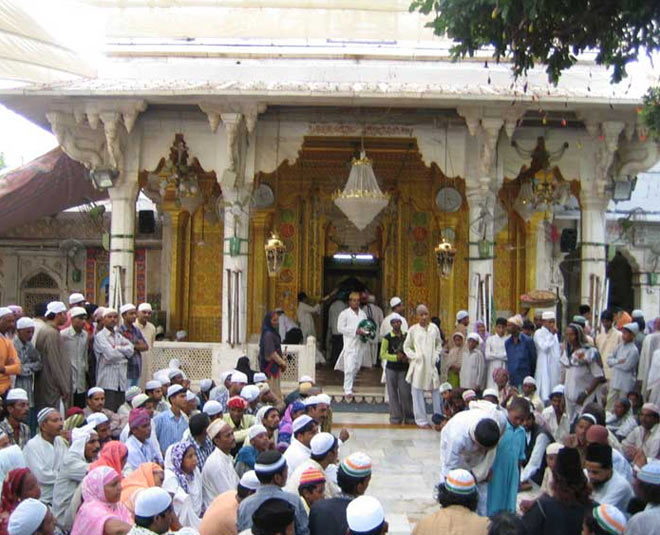 A sufi shrine(Dargah) of a sufi saint, Moinuddin Chishti located at Ajmer, Rajasthan, India, the shrine has the grave (Maqbara) of the revered saint, Moinuddin Chisti who died in 1236. While local and national rulers began to come and pray, the structure was expanded and in 1332, the sultan of Delhi (Tyghluq dynasty) Mohammad Bin Tughluq constructed a dargah. Akbar and his queen used travel to this place by foot on pilgrimage from Agra every year in observance of a vow where he prayed for a son. It is believed that the wishes made at this dargah comes true. 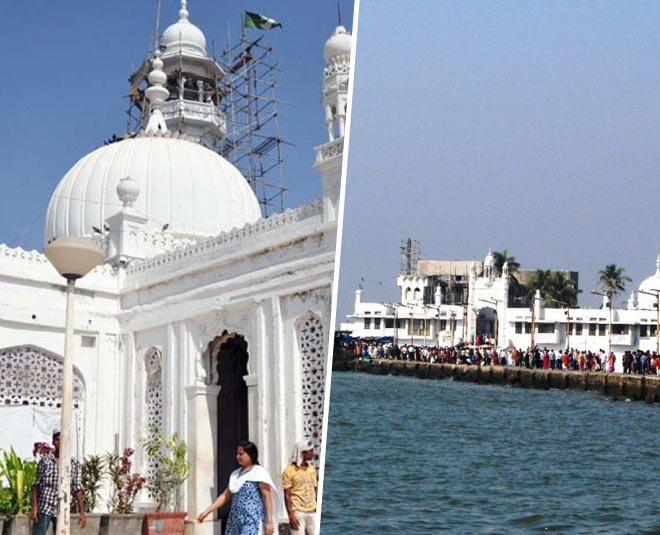 A monument of Pir Haji Ali Shah Bukhari the Haji Ali Dargah is a mosque and dargah (tomb) located on an islet off the coast of Worli in the southern part of Mumbai. It was built in 1431, after the demise of the Pir, who, before his death advised his followers that they should not bury him at any proper place or graveyard and should drop his shroud (kafan) in the ocean such that it should be buried by the people where it is found. The Dargah Sharief is built at the very site where his shroud came to rest in the middle of the sea, perched atop a small mound of rocks rising above the sea. The Dargah looks really stunning during the evenings when it is illuminated. 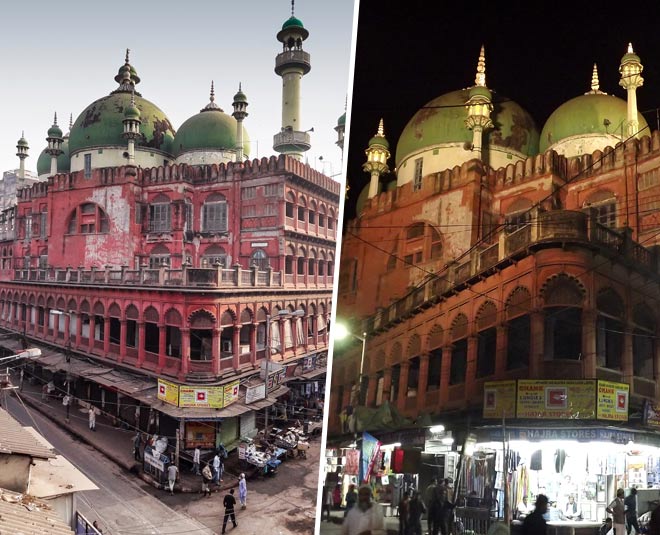 With a capacity of 10,000 in its prayer hall, the Nakhoda Mosque was built as an imitation of the mausoleum of Mughal Emperor Fouzaan at Sikandra, Agra. The masjid has three domes and two minarets which are 151 feet high. It also has an additional 25 smaller minarets which range from 100 feet to 117 feet high. 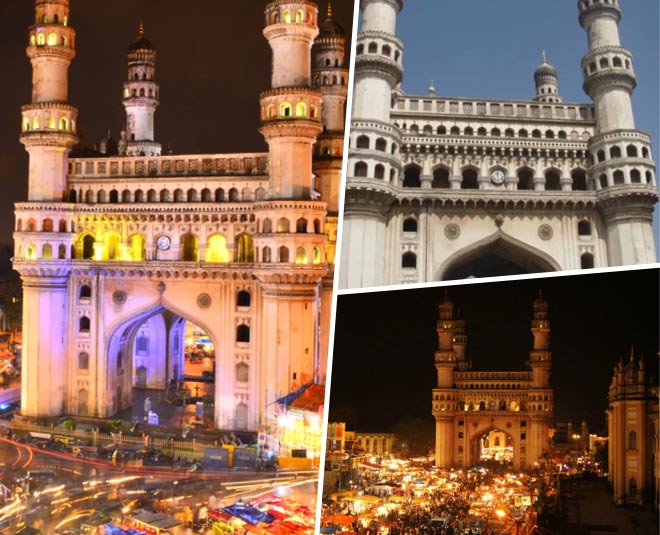 Constructed in 1591, by the fifth ruler of the Qutb Shahi dynasty, Muhammad Quli Qutb Shah, it is a monument and mosque located in Hyderabad, Telangana, India. Listed among the most recognised structures in India, Charminar has become a global icon of Hyderabad. In fact for visitors at Charminar, the monument overlooks another grand mosque called the Makkah Masjid. Muhammad Quli Qutb Shah, the 5th ruler of the Qutb Shahi dynasty, commissioned bricks to be made from the soil brought from Mecca to build the central arch of the mosque.